World: Gakpo and the Netherlands against the American bunker

"I'm proud of him but he must continue because now is when the tournament really begins", slipped Denzel Dumfries, after the victory of the Dutch against Qatar (2-0), at the end of a group stage without stories but without brilliance. 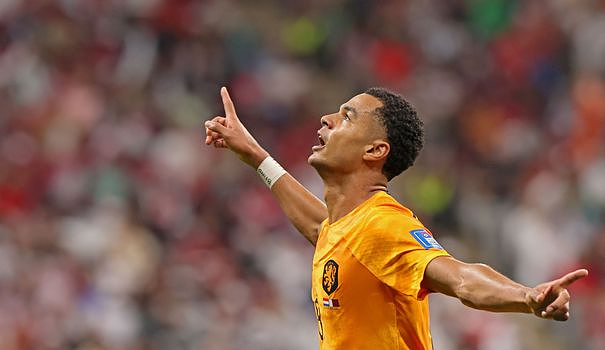 "I'm proud of him but he must continue because now is when the tournament really begins", slipped Denzel Dumfries, after the victory of the Dutch against Qatar (2-0), at the end of a group stage without stories but without brilliance.

In a team qualified by walking, Gakpo distinguished himself with his acceleration and his success in front of goal: from the head against the Lions of Senegal (2-0), from the left against Ecuador (1-1) and law against Qatar.

Score in three consecutive World Cup matches, only three other Dutchmen had done before him, and not just any: Johan Neeskens (1974), Dennis Bergkamp (1994) and Wesley Sneijder (2010).

The PSV Eindhoven striker confirms on the lawns of Qatar what he has been doing since the start of the season on those of the Netherlands, where he is both the current top scorer (nine goals) and the best passer (12) of the championship.

"When you score three goals, you are obviously very important for the team. But he shows how excellent he is not only through his goals but also with his game," his team-mate Marten de Roon told AFP.

"A surprise? No, he was already a good player. He plays a bit more up front with us. At PSV he plays a bit lower and on the left wing but he has exceptional quality and we knew he could do it," adds the midfielder of Atalanta Bergamo.

Enough to raise the stakes around the young 23-year-old player, under contract until 2026 with PSV, his training club.

The interested party, regularly questioned by the press on the interest of clubs like Manchester United, remains for the moment "focused" on Qatar with the stated "objective" of being "world champion".

The Netherlands would still have to increase the pace after having often favored management over offensive risk-taking during the first round. Because, beyond the flashes from Gakpo, the Oranje lacked variety and impact. In particular because of the lack of rhythm of their top scorer Memphis Depay, who arrived in Qatar without a single match in his legs for two months in Barcelona.

Coach Louis van Gaal, who took the Netherlands to the semi-finals eight years ago, remains impervious to criticism of this hitherto minimalist style: "In 2014, it was the same thing, the press was very negative. I'm used to it, and so are the players," he said at a press conference on Friday.

His Oranje are expected by a team from the United States with a physical game, which has shown a good disposition to neutralize its opponents.

Solid and disciplined block, Team USA is undefeated (one victory, two draws) and only took one goal, on penalty, against Wales (1-1). She was above all the only team to stand up to the beautiful offensive armada of England (0-0).

Four years from a World Cup organized on their soil, with Canada and Mexico, the Americans have shown constant progress to validate their qualification against Iran (1-0), with a team made up of eleven holders playing in Europe, including Juventus midfielder Weston McKennie and Chelsea striker Christian Pulisic.

The "Blues" striker, hit in the pelvis against Iran, assured that he would do "everything in his power" to be on the lawn on Saturday.

The United States can reach the quarter-finals for the first time since 2002, their best result, a great way to talk about "soccer" in view of 2026: "The support from the United States is incredible, it's really nice to see how a tournament can change the perspective on the football audience," USA captain Tyler Adams smiled on Friday.

"It was one of our goals in this tournament, we want the next generations to benefit from this support."