World Cup out for the best player in the Bundesliga 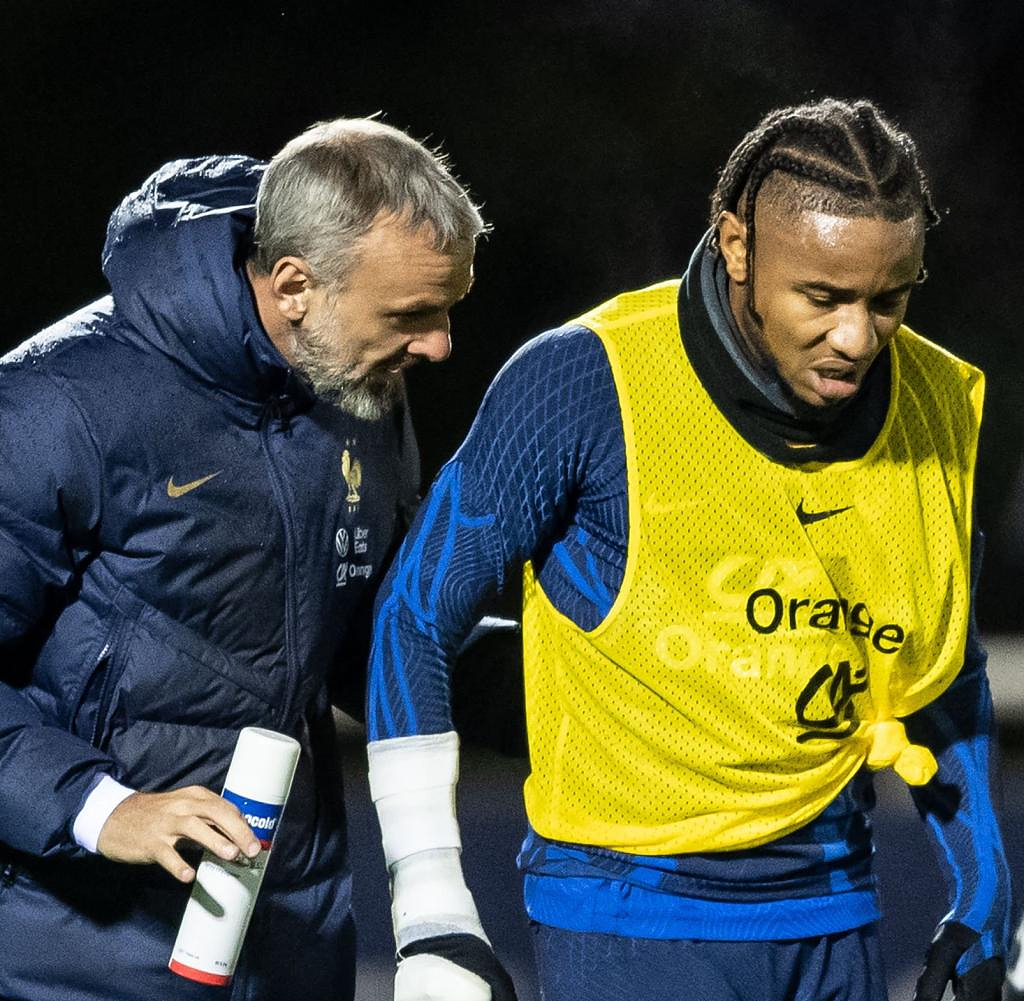 "Get well soon, Christo! This news hurts," RB Leipzig tweeted: "We're with you and we know you'll come back stronger!" Nkunku's RB teammate Timo Werner also missed the World Cup due to injury.

Nkunku has made eight appearances for the national team, with two assists. The fast and technically highly gifted attacker, who was voted the best player in the Bundesliga last season, was planned as a backup player under coach Didier Deschamps. The competition, especially up front, is great for the Équipe Tricolore.

Now another Bundesliga professional has been nominated. Randal Kolo Muani (23) from Eintracht Frankfurt joins the team. The attacker is currently in Japan with Eintracht and will arrive with the national team in Doha on Thursday morning. France meet Australia, Denmark and Tunisia in Group D of the World Cup finals in Qatar.

Youssoufa Moukoko of Borussia Dortmund is the youngest player at the World Cup. The German attacker turns 18 on November 20, the day of the opening game between Qatar and Ecuador.

In addition to Moukoko, five other players were born in 2004. Australia's Garang Kuol (September 15, 2004), who plays for the Central Coast Mariners in his home country, is the second youngest player at the tournament. They are followed by Spain's Gavi (5 August 2004/FC Barcelona), England's Jewison Bennette (15 June 2004/AFC Sunderland), Morocco's Bilal El Khannouss (10 May 2004/KRC Genk) and Ghana's Fatawu Issahaku (8 March 2004). /Sporting Lisbon).

Not only is the German team contesting their last test today at 6:00 p.m. (RTL), other World Cup participants are also doing a form check. The games at a glance:

The German World Cup final hero Andreas Brehme has high hopes in his former Bayern teammate Hansi Flick when he makes his tournament debut as national coach. "Hansi was an important player for us, a worker in midfield. And that's how he is as a coach, a worker," said Brehme.

As a coach, Flick “had not had such great success for nothing, not only with FC Bayern, but also now with the national team,” said Brehme, explaining his appreciation: “He does it really well. And I hope they go far in Qatar, that we become world champions.” Brehme (62) and Flick (57) played together at FC Bayern from 1986 to 1988.

FC Bayern's Sadio Mané will miss the first games of Senegal's national team. The vice-president of the Senegalese association assumes this, reported "L'Equipe". Mané was injured and you have to deal with it and not complain too much, said Abdoulaye Sow accordingly. You have to play the first games without Mané and win without the top attacker.

The 30-year-old striker tore a tendon in FC Bayern's 6-1 win against Werder Bremen in the Bundesliga, but was still nominated for his home country's World Cup squad. Africa's Footballer of the Year is his country's most important player. In Group A, Senegal meet the Netherlands on 21 November, followed by hosts Qatar and Ecuador as opponents.

Qatar national soccer coach Felix Sanchez is confident ahead of his team's World Cup debut. "In 2019 it was very difficult to imagine that we would win the Asian Cup and we did it. I'm not talking about becoming world champions, but keeping up at the highest level is definitely our goal," said Sanchez before the start of the tournament this Sunday (5 p.m. / ZDF and Magentasport) with a view to the preliminary round. Qatar play Ecuador in the opening match, Senegal five days later and fellow favorites Netherlands to finish off Group A.

“We meet teams that have been in the World Cup final or are African champions. Many players are the best in the world in their positions, with World Cup and Champions League experience,” the 46-year-old Spaniard clarified. The hosts' team is rather inexperienced internationally, the players play in the Qatar Stars League. Sanchez has had plenty of time in recent months to prepare his team for the tournament. The only World Cup host to have been eliminated in the preliminary round was South Africa 2010. Qatar goes into the tournament as a clear underdog.