This time, there will be no bouquet of white roses offered to the Americans, nor a joint photo between the players before the match. 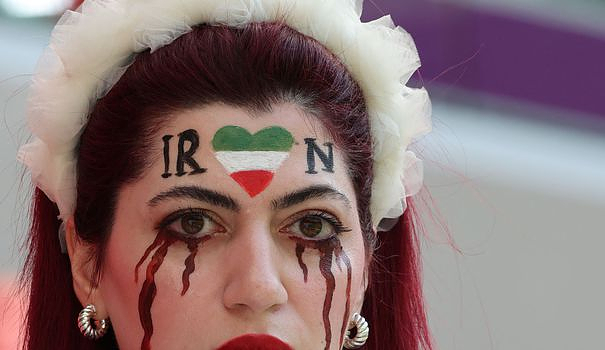 This time, there will be no bouquet of white roses offered to the Americans, nor a joint photo between the players before the match. This Tuesday, November 29 at 8 p.m., Iran finds the United States in the first round of the Football World Cup, as twenty-four years ago in Lyon for the World Cup 98. At the time, the match had marked a moment of relaxation between the two countries, fierce geopolitical enemies since the Islamic revolution of 1979 and the hostage-taking of the American embassy. In Qatar, this Tuesday evening, the atmosphere promises to be much heavier, but just as political.

"This meeting is important from a symbolic and political point of view, but not in the opposition between Iran and the United States strictly speaking, explains Thierry Coville, researcher at the Institute of International and Strategic Relations and author of Iran, a power on the move (Eyrolles, June 2022). The Iranian population has moved on, anti-American slogans are only taken up by the 20 to 30% of Iranians who support the regime's hardliners. The majority of Iranians hope for normal relations with the rest of the world, especially with the United States."

Since the start of this World Cup in Qatar, every gesture of Iranian footballers has been scrutinized and analyzed. Their refusal to sing the national anthem in the first match, against England, provoked a thunderclap: this courageous gesture was seen as an obvious support for the demonstrators who have been protesting against the regime in Tehran for more than two months and the death of Mahsa Amini.

But since then, threats and repression have come to cloud the fate of Iranian players: former footballers have been arrested for their support of the demonstrations, a sign that no protester is untouchable in Iran and that the sanctions could fall on their return in the country. Their families were also reportedly threatened. As a result, the members of Team Melli sang the national anthem lip service before the match against Wales last Friday, under the whistles and tears of their own supporters. "There is a huge attachment to the national team in Iran, including among those who oppose the regime, underlines Thierry Coville. Two emotions coexist among the supporters: this gigantic nationalism, and envy, for a majority of between them, that the national team shows its dissatisfaction with what is happening in their country."

Beyond politics, the sporting aspect of this match should not be overlooked: the loser will be eliminated from the World Cup in Qatar, when the winner will advance to the round of 16. For the United States, such a performance would be a great way to launch the 2026 World Cup, which it will host with Mexico and Canada. For Iran, a victory would cause the joy of an entire people, in a dark period of its rich history. In 1998, Team Melli won 2 goals to 1, upsetting all the Iranians.