World Cup 2022: What we know about Qatar's espionage accusations

After the revelations about the treatment of the workers in charge of building the stadiums, about the flagrant violations of the rights of women and those of LGBT people, as well as about the ecological disaster represented by the air conditioning of the enclosures, here is one more scandal in the file already very heavy from Qatar. 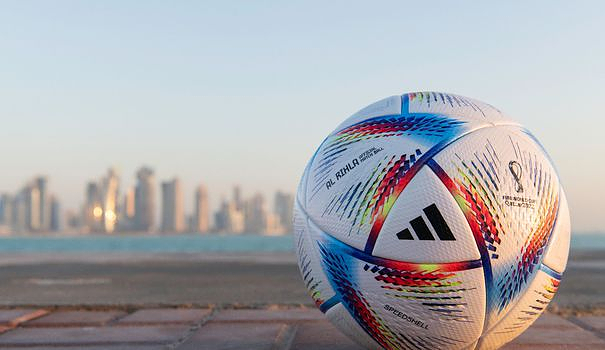 After the revelations about the treatment of the workers in charge of building the stadiums, about the flagrant violations of the rights of women and those of LGBT people, as well as about the ecological disaster represented by the air conditioning of the enclosures, here is one more scandal in the file already very heavy from Qatar. According to a joint investigation by The Sunday Times newspaper and the Bureau of Investigative Journalism, Doha would have, to protect its reputation, hired hackers whose mission was to infiltrate the electronic devices of personalities denouncing the choice of the emirate as the organizing country of the World Cup 2022.

According to the Sunday Times, the hackers were recruited in India. The journalists of the British weekly traveled to the town of Gurugram to meet a certain Aditya Jain, presented as the leader of a gang of hackers. This cybersecurity specialist, who sometimes appears on Indian television, has been offering, for seven years, to carry out "phishing" operations in order to obtain information on given targets. Jain admits to having received a request from a private investigator, Jonas Rey, claiming to be the intermediary of a Gulf State, which happened to be Qatar. The mission was up to the team: deploying malware, cracking mailbox passwords, and taking control of cameras and microphones. From 2019, the collaboration began, leading to spying on over a hundred people.

All those likely to harm, by their work and their words, the image of Qatar seem to have been targeted. There are journalists, like the editor of the Sunday Times, Jonathan Calvert, who exposed in the book The Ugly Game: The Qatari Plot to Buy the World Cup (Simon and Schuster, 2015), the hidden face of the Qatar's foreign policy. Or Yann Philippin, author for Mediapart of surveys on the awarding of the World Cup. Lawyers have also been targeted, such as Mark Somos, who filed a complaint against the Qatari royal family with the United Nations Human Rights Council. There are businessmen, such as Ghanem Nuseibeh, guilty of having written a report on corruption linked to the World Cup. But also politicians, like the French senator Nathalie Goulet, who works on the links between Qatar and radical Islamism. "It's scary," she said on RMC on Monday, promising to take legal action.

More surprising may seem the presence, in the list, of the former president of UEFA, Michel Platini, who had voted in favor of Qatar in 2010. Doha would have asked hackers to target the former footballer just before he is heard by the National Financial Prosecutor's Office. Perhaps the Emir was worried about Platini's revelations about the content of the lunch they both attended on November 23, 2010, alongside French President Nicolas Sarkozy.

The defense register chosen by Qatar is always the same. Perhaps he is the only one. This is to denounce a "Qatar bashing", which would be fashionable as the opening of the World Cup approaches on Sunday, November 20. A Qatari official told AFP that "these allegations were false and baseless", based on "a single source" which "does not provide the slightest proof". He also denounces alleged connections between the Sunday Times and the United Arab Emirates, its neighbor and enemy. These revelations highlight a more general phenomenon, the availability of hackers working for the highest bidders, that is to say often for autocratic states.