World: Brazil-South Korea and Portugal-Switzerland in the 1/8 finals

The Brazilians, who ended the group stage with an inconsequential loss to Cameroon 1-0 with a substitute squad, will face South Korea in 1/8. 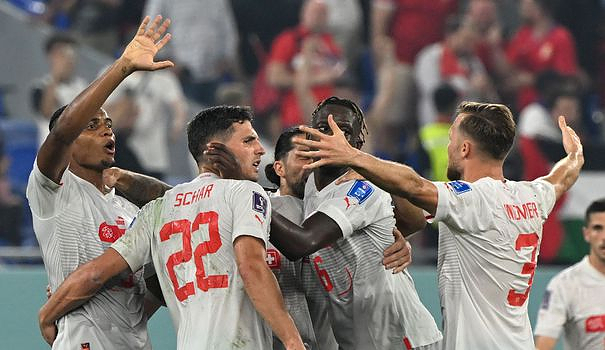 The Brazilians, who ended the group stage with an inconsequential loss to Cameroon 1-0 with a substitute squad, will face South Korea in 1/8. The Swiss will be opposed to Portugal.

The decisive match between the Swiss and the Serbs, spectacular at first, ended in a tense atmosphere.

In the 67th minute, Swiss striker Breel Embolo, who was born in Cameroon, looked particularly angry after an exchange with Serbian players, including substitutes who entered the field.

About ten minutes later, a call to "stop all singing and discriminatory gestures" was launched in the stadium, without any official reason being given.

On the ground, Switzerland first had to repel the onslaught of Serbs forced to win to pass, but it was she who opened the scoring through her star Shaqiri (20).

Still jostled during the rest of the first period, the Helvetians even found themselves in the position of eliminated, and the Serbs qualified, after two goals from Mitrovic (27) and Vlahovic (35).

But Embolo equalized just before the break (44) then Freuler put his team in front when they returned from the locker room (48). The Serbs continued to push unsuccessfully in a late game punctuated by new clashes between players.

In the other match, the Brazilian substitutes, including Dani Alves, who became the oldest player ever fielded by the Seleçao in a World Cup at 39, and promoted to captain, lost on a late goal from Aboubakar in added time.

Brazil had already qualified before the game and still finished first in the group, while the Cameroonians' exploit only allowed them to overtake the Serbs to take a frustrating third place.