Women protest topless next to Scholz for gas embargo 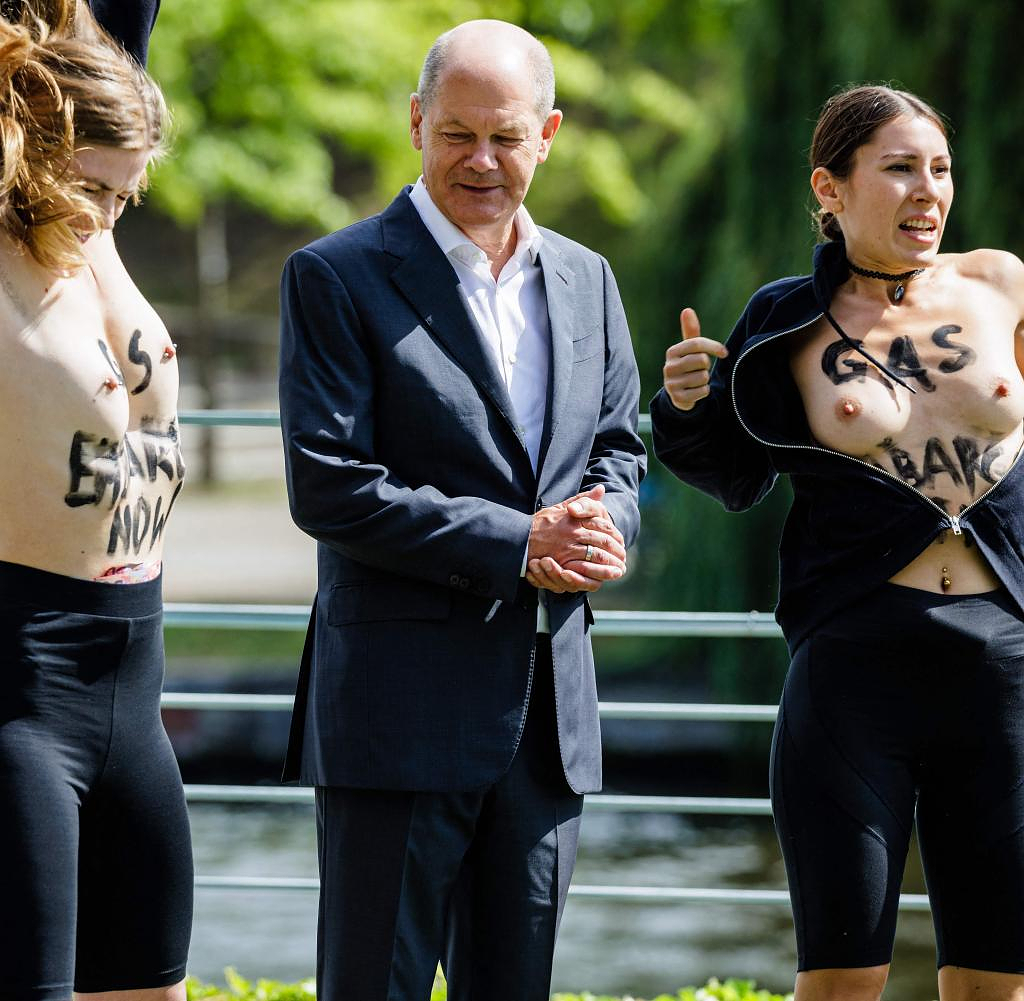 Political topless protest: To promote a gas embargo, two women bared their upper bodies next to Chancellor Olaf Scholz. They had written on their skin the demand for a gas embargo (“Gas Embargo Now”) – presumably directed against Russia.

The protest took place on Sunday during the federal government's open day in the garden of the Chancellery. There, Scholz had himself photographed with visitors after a civil dialogue – the two women also stepped to the right and left of the SPD politician and then took off their tops.

As a dpa photographer reported, security guards immediately stepped in and led the two women away. Scholz stopped and continued with the photo campaign with other visitors.

Since the start of the Russian war of aggression against Ukraine, a possible embargo on Russian natural gas, i.e. an import ban, has been discussed repeatedly. However, gas from Russia still plays an important part in Germany's energy supply, so the traffic light coalition rejects such a step.

‹ ›
Keywords:
NewsteamScholzOlafNord Stream 2
Your comment has been forwarded to the administrator for approval.×
Warning! Will constitute a criminal offense, illegal, threatening, offensive, insulting and swearing, derogatory, defamatory, vulgar, pornographic, indecent, personality rights, damaging or similar nature in the nature of all kinds of financial content, legal, criminal and administrative responsibility for the content of the sender member / members are belong.
Related News