Woman found dead in apartment, chainsaw at the scene

A 52-year-old woman is dead and a man is hospitalized with serious injuries. 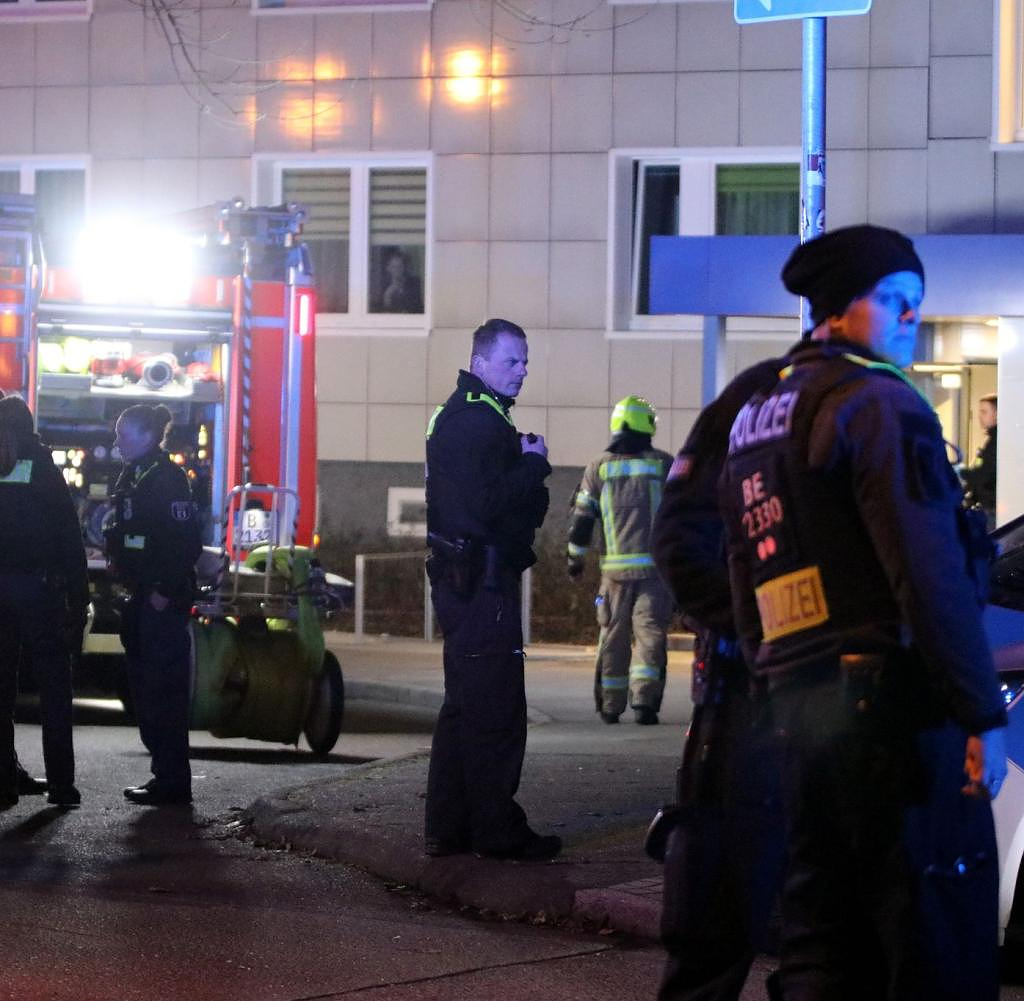 A 52-year-old woman is dead and a man is hospitalized with serious injuries. What exactly happened in the Berlin district of Lichtenberg is still unclear. The police arrested a 34-year-old suspect on the spot, a spokesman said on Friday morning. A chainsaw and tools were also found there. Glass bottles with a flammable liquid that burned easily were also found. A homicide detective is investigating.

According to the accident hospital in Berlin, the wounded man suffered severe injuries to his face, arm and hand. He's been operated on for hours, said the spokeswoman for the accident hospital, Angela Kijewski, in the morning when asked. He is being cared for by a large surgical team. It is currently assumed that he will survive. He will receive intensive care after the operation.

According to the hospital spokeswoman, the man is a 52-year-old police officer who was privately at the crime scene. He intervened when there was an attack. The police initially did not comment on the man.

The suspect is believed to be a neighbor of the victim. According to the police spokesman, the scene of the crime is the woman's apartment and parts of the hallway in the large apartment building on Paul-Zobel-Strasse. According to the spokesman, direct neighbors had to stay in their apartments in the morning because traces were secured in the hallway. The 52-year-old succumbed to her injuries at the scene.

An object was also examined in the 34-year-old's apartment. According to the police spokesman, there was a suspicion that it was an "unconventional incendiary and explosive device". However, this suspicion was not confirmed, it was ultimately a harmless object. Since the suspect was injured himself, he was first taken to a hospital.

The incident happened in an area with many high-rise buildings. As a local dpa reporter reported, many residents said they did not know the victim. A local resident reported that he occasionally met her with her dog.

‹ ›
Keywords:
NewsteamBerlinTötungsdelikteTexttospeechLichtenbergApple PodcastPolizeiKrimiKettensäge
Your comment has been forwarded to the administrator for approval.×
Warning! Will constitute a criminal offense, illegal, threatening, offensive, insulting and swearing, derogatory, defamatory, vulgar, pornographic, indecent, personality rights, damaging or similar nature in the nature of all kinds of financial content, legal, criminal and administrative responsibility for the content of the sender member / members are belong.
Related News