The dispute over the several hundred-year-old anti-Jewish abusive relief on the Wittenberg town church is entering the next round: the parish church council (GKR) spoke out in favor of preserving the sculpture on Wednesday. 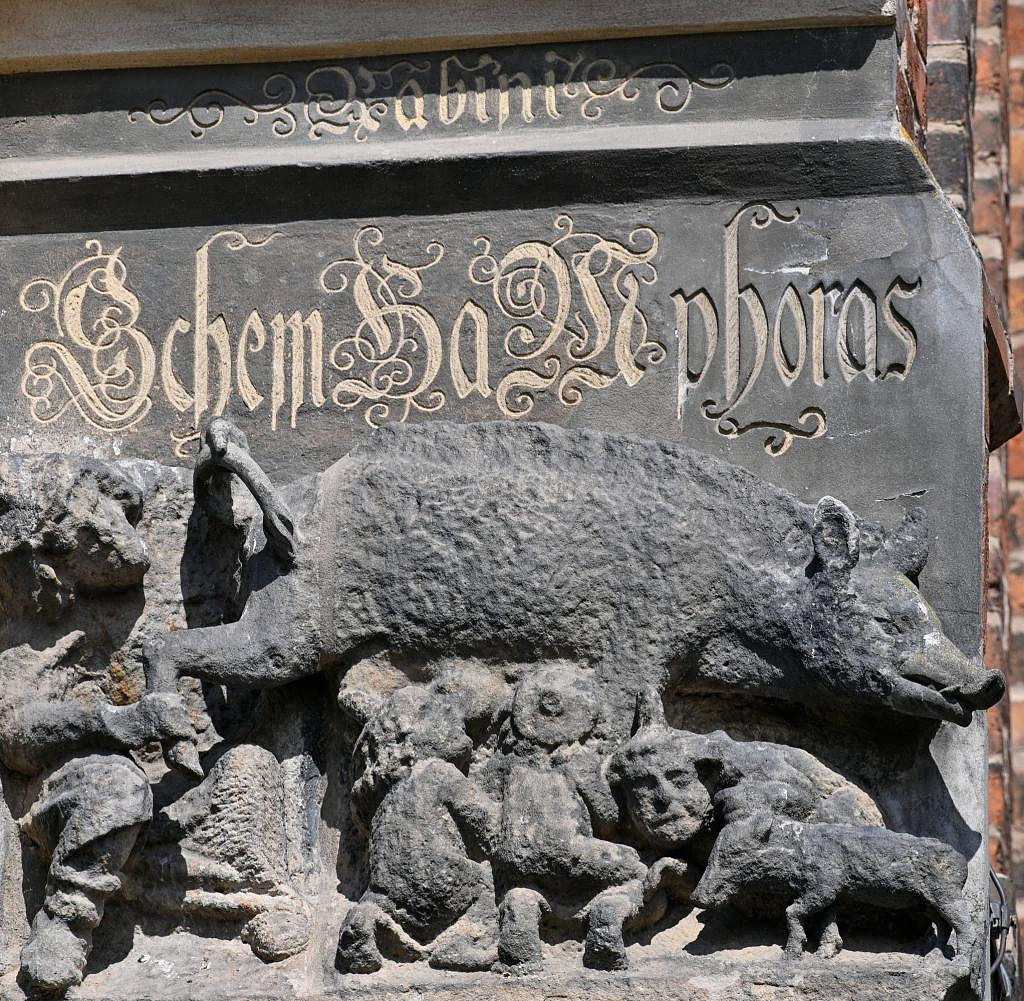 The dispute over the several hundred-year-old anti-Jewish abusive relief on the Wittenberg town church is entering the next round: the parish church council (GKR) spoke out in favor of preserving the sculpture on Wednesday. The site of the reminder should be preserved as a whole, said Jörg Bielig, chairman of the GKR. The decision in the city parish was made "unanimously", said Pastor Matthias Keilholz of the dpa news agency.

The relief, which historians say was made in the Middle Ages, has long been a topic of debate. It shows a sow whose teats are being suckled by two people who are supposed to be identified as Jews by their pointed hats. A figure believed to be a rabbi raises the animal's tail and looks into the anus. In the Jewish faith, pigs are considered unclean.

The site of the "Judensau" abusive relief is now to be further developed as an overall ensemble on site, with a "permanent contextualization" and an educational concept, according to the GKR. That means you want to talk to people more intensively, impart knowledge, explain history. In addition, the explanatory text for the relief is to be revised. The core is the request for forgiveness to the Jewish people.

The current explanatory panel in Wittenberg is not suitable for adequately classifying and explaining the abusive plastic, said Josef Schuster, President of the Central Council of Jews in Germany. “However, clear and unambiguous explanations are imperative.” Because the history of church anti-Judaism cannot be undone.

It also remains to be seen how the “further development of the memorial” will look like. He expects the naming and disclosure of anti-Jewish motives in order to sharpen the view for other current forms of anti-Semitism. "All in all, an appropriate way of dealing with anti-Jewish plastics must be found that goes beyond the revision of a text."

The discussion as to whether the Wittenberg relief should be removed, covered up or remain in place as a symbol of shame and as a memorial for the crimes committed against Jews has become more explosive and topical in recent history - also against the background of anti-Semitic crimes such as right-wing terrorists Attack on the synagogue in Halle 2019.

A year-long legal dispute over the relief is now with the Federal Constitutional Court. Dietrich Düllmann, who converted to Judaism in 1978 and has called himself Michael since then, wants the anti-Jewish sandstone relief to be removed. His lawyers are demanding that a judgment by the Federal Court of Justice (BGH) on the subject be overturned and the case referred back to the BGH. According to the constitutional complaint, the relief should be removed "in view of the serious violation of personal rights involved, not only of the complainant, but of every Jew in Germany".

Martin Luther (1483-1546) preached in the town church, which is considered the “mother church of the Reformation”. Luther was also criticized for his anti-Semitic statements.

‹ ›
Keywords:
NewsteamJudentumAntisemitismusWittenberg
Your comment has been forwarded to the administrator for approval.×
Warning! Will constitute a criminal offense, illegal, threatening, offensive, insulting and swearing, derogatory, defamatory, vulgar, pornographic, indecent, personality rights, damaging or similar nature in the nature of all kinds of financial content, legal, criminal and administrative responsibility for the content of the sender member / members are belong.
Related News