With this message, China is courting influence in Latin America

If Cuba wants to annoy its intimate political enemy, the best place to go is in Moscow or Beijing: That's how revolutionary leader Fidel Castro used to do it, and that's how President Miguel Diaz-Canel recently traveled first to Russia and then to China. 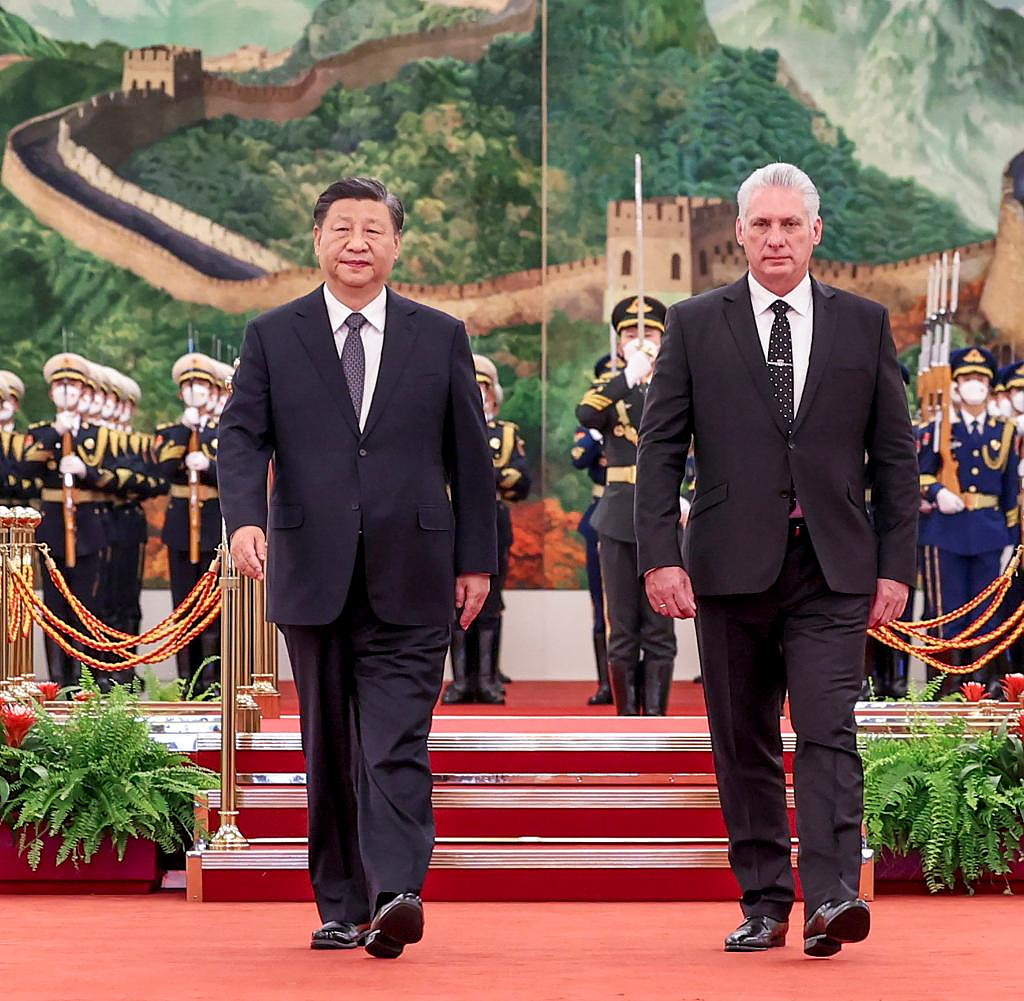 If Cuba wants to annoy its intimate political enemy, the best place to go is in Moscow or Beijing: That's how revolutionary leader Fidel Castro used to do it, and that's how President Miguel Diaz-Canel recently traveled first to Russia and then to China. Unlike the “Maximo Lider” Castro, this time Diaz-Canel not only brought socialist greetings with him, but also the remarkable promise of a proud brother donation of 100 million dollars from the Middle Kingdom.

A lot of money for crisis-ridden Havana, which has always blamed the decades-long US trade embargo for all the problems in its own planned economy, which is largely controlled by the military. And which is being shaken by social protests and mass exodus, to which Havana responds with arrests.

The message that should stick in the region: Beijing gives us what Washington denies us. Chinese generosity has a background. China's Communist Party is working on a master plan to tie Central America and the Caribbean closely to itself and, ideally, to turn them into modern socialist states based on the Chinese model. Whether in Panama, El Salvador, Costa Rica or Cuba. Sometimes there is a monetary donation for Havana, sometimes an entire football stadium for Costa Rica.

The bid is currently circulating that China would take over El Salvador's foreign debt, which sounds tempting to the Central American nation given the threat of national bankruptcy over large investments in the crashed cryptocurrency Bitcoin. "China has offered to buy our entire debt, but we have to be careful about this," El Salvador's Vice President Feliz Ulloa was quoted as saying in local media.

Most recently, readers of Panama's renowned newspaper "La Estrella" were amazed when they read the headline in November: "China presents Panama with its plan to become a modern socialist nation." strong man Xi Jinping and a high-ranking Chinese delegation, who will explain to Latin America's leaders why China is so successful and what the rest of the world can learn from the People's Republic. China had paid for the reporting through its embassy, ​​as the small, barely legible word "advertisement" above the supposed report proves. This is also part of it: China buys into TV channels or entire magazines or newspaper reports.

"China wants to show the strengths and efficiency of its model," says the Spanish author, journalist and Latin America-China expert Juan Pablo Cardenal in a telephone conversation with WELT. "What China wants above all is a broad network of allies, a friendly environment in which the developing countries are on their side," says ex-China correspondent Cardenal, who now researches for the Argentine human rights organization CADAL. China presents its model as better than the Western liberal-democratic system in terms of values.

China's government is pursuing long-term goals in its Central America strategy. The People's Republic not only wants to gain important political allies in the trade war with the USA, but also to oust Taiwan from the region.

According to Cardenal, China's interest in the faraway region has two reasons: “China sees Latin America as a source of natural resources. And there will be enormous competition on the world market over the next few years.” And beyond that, China sees itself at least as the leader of the states that are considered to be growth engines and decisive for the future. And that is why it is important to build up the region as a diplomatic ally as a counterpart to the USA.

This was most recently the case in politically isolated Nicaragua, where despot Daniel Ortega was subject to US and European sanctions after the murder of dozens of students who were critical of the government and the arrest of the entire opposition. And the Chinese jumped in and invited Nicaragua to the CIIE import fair. Laureano Ortega Murillo, the president's son and advisor, sees "an enormous opportunity at the gates of a bilateral free trade agreement".

At the beginning of the year, Ortega ended ties with Taiwan and has been backing China ever since. Within 15 years, Taiwan was almost completely diplomatically ousted from the region. In 2011, Costa Rica was given the most modern football stadium in Central America for 100 million US dollars. In return, Costa Rica recognized the "One China Policy" and ended all diplomatic ties with Taiwan in 2007. The step was finally followed by Panama (2017), El Salvador (2018) and Nicaragua (2021).

‹ ›
Keywords:
LateinamerikaKubaUSAPolitikInnenpolitikChinaPolitikPanama
Your comment has been forwarded to the administrator for approval.×
Warning! Will constitute a criminal offense, illegal, threatening, offensive, insulting and swearing, derogatory, defamatory, vulgar, pornographic, indecent, personality rights, damaging or similar nature in the nature of all kinds of financial content, legal, criminal and administrative responsibility for the content of the sender member / members are belong.
Related News