With the team on course for a medal, but then the young German bends his knee

A deja vu experience cost the German gymnasts a top place in the all-around team competition at the European Championships in Munich. 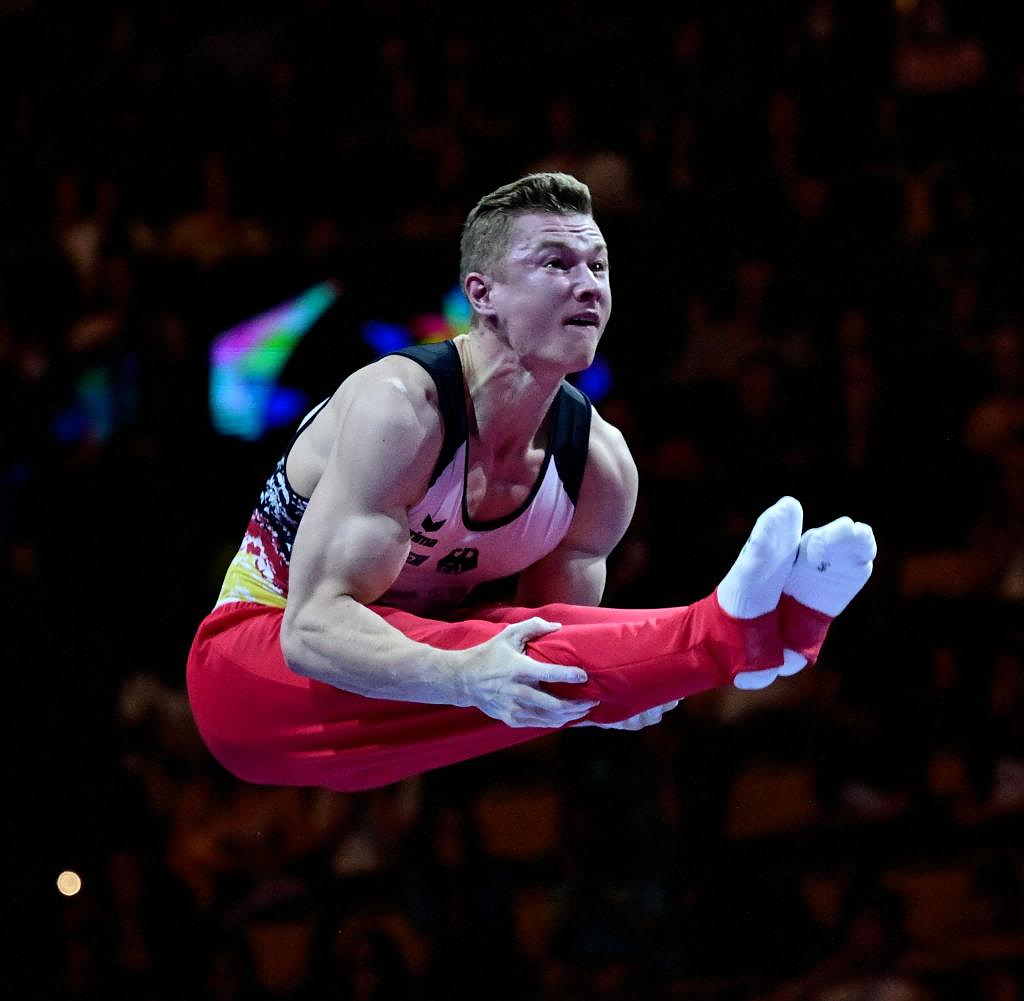 A deja vu experience cost the German gymnasts a top place in the all-around team competition at the European Championships in Munich. Glenn Trebing suffered a knee injury on Saturday like 2016 “Hero de Janeiro” Andreas Toba at the Olympic Games on floor, but then continued to do gymnastics on the pommel horse like his club colleague did. Due to bad luck with injuries and subsequent falls, the team around Toba and Trebing as well as Lukas Dauser (Unterhaching), Nils Dunkel (Erfurt) and Lukas Kochan (Cottbus) only finished seventh with 241.359 points.

The team from Great Britain around all-around title holder Joe Fraser became the superior European champion with 254.295 points. Italy was second with 247.494 points ahead of Turkey in third with 246.162 points. Up until Trebing's injury, the German squad had been on course for a medal after three apparatuses. "We couldn't have done much better, the first three devices ran great," said Dunkel.

“The boys gave everything. Unfortunately, Glenn's practice really threw us backwards," said national coach Valeri Belenki. The 22-year-old landed with his leg stretched out and didn't know himself whether he should continue gymnastics. "We all thought the cruciate ligament was gone," reported Belenki. Initial investigations initially did not confirm the suspicion. According to the national coach, there should be an MRI scan next week to make an accurate diagnosis. "It didn't crack, as is usual with such a landing on the cruciate ligament. It crunched a bit,” said Belenki.

Trebing bent his right knee on the ground at the end of the second row of acrobatics and signaled the end after completing his exercise. After that he even did gymnastics on the pommel horse. He was then replaced on the rings by Dauser. The unlucky man described his mishap as his knee was cut off to the side.

“I wanted to continue doing gymnastics for the team. The team was more important at the moment, that's what I wanted to fight for," said Trebing, adding: "In Andreas Toba I have a good mentor. He did it before me.” The 31-year-old suffered a cruciate ligament rupture in the team qualifier in Rio and then competed on the pommel horse.

Bad luck with injuries affected EM debutant Kochan, who then had to go to the device. Under the impression he failed the first row of acrobatics, in the further course he lacked any confidence. "Of course it threw me off track a bit, I let myself be influenced a lot," said the man from Cottbus.

But when he said it was "unprofessional" of him, Toba jumped to his side. "I can't accuse you of unprofessional behavior," said the team senior in the direction of the debutant, adding: "Personally, and I think I speak this for the whole team, I'm grateful that you took part in the gymnastics and did gymnastics like that at your first European Championship for men – I can’t give you enough credit for that.”

The European Championships end on Sunday with the men's apparatus finals. Olympic silver medalist Dauser has legitimate hopes of a medal on his special apparatus, parallel bars, after showing his best routine since Tokyo on Saturday with 15,533 points. Dark has qualified for the final of the best eight on the pommel horse.

‹ ›
Keywords:
TurnEuropameisterschaftenTurnEMTurnenPauschenpferdMünchenUnterhachingTopplatzierungLukas KochanGlenn TrebingCottbusTokioAndreas TobaErfurtKrimiNils DunkelLukas Dauser
Your comment has been forwarded to the administrator for approval.×
Warning! Will constitute a criminal offense, illegal, threatening, offensive, insulting and swearing, derogatory, defamatory, vulgar, pornographic, indecent, personality rights, damaging or similar nature in the nature of all kinds of financial content, legal, criminal and administrative responsibility for the content of the sender member / members are belong.
Related News