With cork printing, Ruinart signs a return to the future

On the occasion of the last vintage, the Dom Ruinart Blanc de Blancs 2010, the oldest of the champagne houses unveils a new breakthrough consisting in reviving the tradition of cork printing. 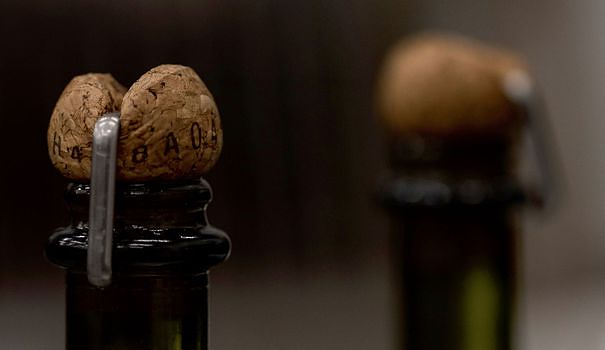 On the occasion of the last vintage, the Dom Ruinart Blanc de Blancs 2010, the oldest of the champagne houses unveils a new breakthrough consisting in reviving the tradition of cork printing. A turning point taken in 2010 by the cellar master Frédéric Panaïotis, twelve years before this magnificent "cuvée de la main" emerged from the chalk pits. Go back. In 1998, the cellar master Jean-François Barot tried some experiments on the current Dom Ruinart cuvée. In particular, he draws a portion of the corked bottles and not under metal caps. Then the bottles are placed on the lees, to age in the darkness of the chalk pits. Ten years later, the tasting is a revelation. The cork offers tighter wines, an additional layer of complexity and a very nice freshness.

After ten years of aging comes the time for disgorging, a crucial step, which has become manual again. The operator has to remove the clip and pop the plug to release the deposit. A beautiful, technical gesture, applied to each bottle, once again perennial thanks to the grace of Dom Ruinart 2010. Last touch: the addition of liqueur sublimates the organoleptic aromas of this extra-brut vintage champagne, which will rest for an additional year to enhance its exceptional flavor.