In the middle of beet fields and brick houses that surround the small town of Quiéry-la-Motte, a few kilometers from Douai, the four and a half hectares covered in verdant vines contrast with the traditional landscape of northern France. 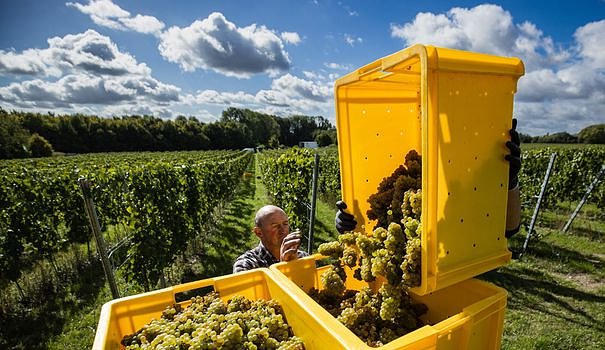 In the middle of beet fields and brick houses that surround the small town of Quiéry-la-Motte, a few kilometers from Douai, the four and a half hectares covered in verdant vines contrast with the traditional landscape of northern France.

A dozen pickers give rhythmic strokes of the pruning shears, and delicately fill the crates with light green grapes. After pressing and fermentation, they will make it possible to make the region's first Chardonnay cuvée, the bottles of which will be sold this summer.

A farmer for 25 years, Laurent Sellié was more of a specialist in field crops than in vines. It is with an almost embarrassed air that he now describes himself as a "small winegrower", supervising with an attentive eye the first harvest of his life.

Like ten other producers scattered in the Somme, the North, the Aisne and the Pas-de-Calais, he planted his 20,000 vines in the spring of 2020, accompanied by the agricultural trading company Ternoveo, whose ambition is to create within five years a wine industry on 200 hectares in Hauts-de-France.

It provided the operator, "who could not have started alone", technical expertise, training "to become a winegrower", and agricultural inputs (fertilizers, pesticides) adapted to growing grapes.

Ternoveo will now buy his grapes full of sugar, and transform them into wine in his cellar in the Somme.

Laurent Sellié, accustomed to the "routine" of cereals, has eyes that shine: "Three weeks ago, it was still vinegar, he says, weighing a bunch of rounded berries, and there I I saw the evolution of sugar, it has changed, it's incredible. The vine lives, it changes!".

These pioneers from Hauts-de-France are following in the footsteps of winegrowers from Brittany, Belgium and Kent, in the south of England, courted by the French house Taittinger for their sparkling wines.

With climate change, which brings "more light" and causes a rise in temperatures "beneficial to the maturity of the grapes", the vine has become a plant adapted to these latitudes, underlines Xavier Harlé, general manager of Ternoveo.

A relaxation of the authorization system has also facilitated the establishment of commercial vineyards in France since 2016, including for wines without geographical indication.

In places, the limestone soil of the former mining basin is ideal for growing Chardonnay or Pinot, as in the famous Champagne vineyards. Rich in chalk, it promotes the drainage of water, which prevents excessive humidity and therefore the appearance of diseases.

This resistant plant offers a little peace of mind to farmers, whose spring crops have suffered from high heat and exceptional drought. The vines "remained very green", rejoices Laurent Sellié, running his hand through the flourishing foliage.

It allows them to diversify their activities but also their sources of income, to face climatic calamities a little more calmly.

In the agricultural north where a few vines of white grapes were already growing on the slag heaps, viticulture remains a marginal activity, on the initiative of a few "innovators", underlines Jean-Marc Touzard, research director at the research institute for the agriculture, food and the environment (Inrae).

"To create a great vineyard like Champagne or Bordeaux, there were centuries of historical construction," he explains.

Moreover, viticulture is not exempt from risks, as the effects of climate change are unpredictable, and pose the threat of torrential rains or spring heat waves followed by frosts.

While waiting to uncork one of the 40,000 bottles of Quiéry-la-Motte, the oenologists of Ternoveo predict a fine first vintage, healthy and with a good sugar level.

“The people I meet only talk to me about that,” jokes Laurent Sellié. On Wednesday, they must have been thirty to harvest with him, mostly volunteers from the village, curious and proud to harvest on these lands for the first time. 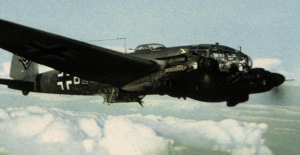