With a performance at Dengra Theater, the Ciudad de Baza School celebrates its 50th Anniversary 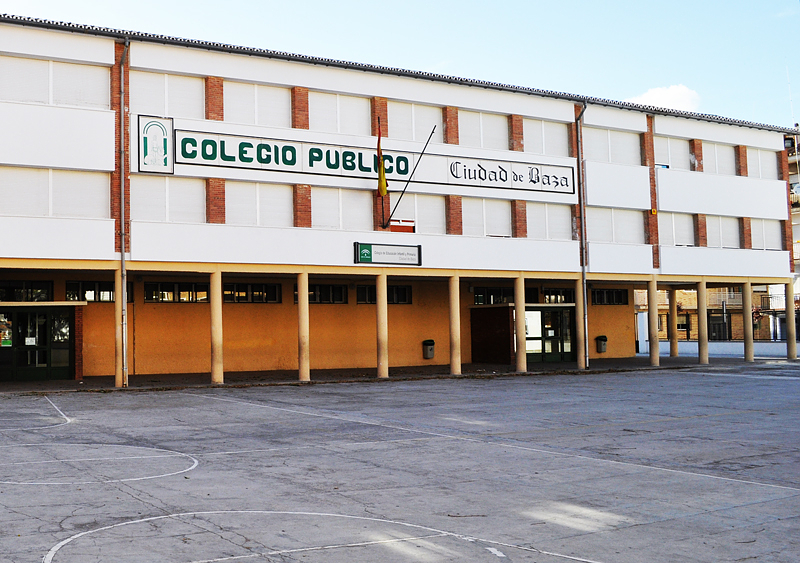 The act started with a musical performance of sixth-year students. They appeared on stage in the rondalla capes and berets from the beginning of center over 15 years.

Ma Rosario Perez was the director of the center and welcomed the guests. She then gave a short history of Ciudad de Baza's great history, which saw nearly five thousand students march through it. Beautiful narrative that uses the metaphorical navigation of a ship to guide the future of the center. This center has the distinction of having had Angeles Corral as its first female director. She was following Antonio Valdivieso Ramon, who was then followed by Manolo Vico who addressed the public through a video recording.

Jose Utrera, Ma Rosario Perez, is the director of the center.

Other colleagues, like Abelardo Genaro and Antonio Quirante, Romualdo Azor, or Andres Tores, had left. The director later recalled other colleagues, who were not present in the room but in his heart, where they had long held their place. He sent his message to them of affection.

He spoke about the teaching work and the need to keep updating. This was a task that many rowed in favor of but which also saw some "pirates", since there have been many years of experience since the days of one ticket for soccer-boys and another for sewing girls.

There have been many reforms at the official level. It has had to adapt to many changes and transformations. Also, there has been progress in equality and diversity of contact with different families.

It was also necessary that teachers were able to dedicate themselves to teaching and enjoy learning from their students. Given the many tasks and "paperwork", that accompany teaching, which can cause them to lose the essence of what they do and diminish the value of a profession that is one of the most noble in the world, it was important that they are able to teach.

Others took the podium, including Sonia Alvarez who has had a long career in Early Childhood Education. She shared a lesson about how to welcome and receive the former infants, his "little great teachers", who have taught him how to live and love his profession.

Vanessa Mesas, an ex-student, was the one who presented the act. She announced Manolo Gavilan as the Bastetano Mayor, and said that he had dreamed since childhood of making Baza a better place.

Bastetano's mayor, who is also a father to students at the center and an advisor to the CEP, spoke about adapting to major change, including the transition from dictatorship and democracy, technological advances, scientific advancements, new energy sources, and changes in religious institutions and sporting events. It has been possible to make students more aware of the importance of learning and to help them develop their individuality. These skills are essential for making people better and allowing them to learn to interact with other cultures in an enriching, global world.

Gavilan thanked and congratulated the various levels of the center, including the fathers and mothers as well as the teachers, management teams, administrators and service staff. Amelia was especially mentioned for her remarkable efforts to overcome the inconceivable transition between the 20th and XXI centuries. .

He also congratulated students who listed the qualities their teachers had taught. To the service staff, as part a school that was built with all of their effort, their work, and having the student be the only objective, he ended by reminding them to remember the phrase "Perhaps school doesn't change the world but it would not possible", encouraging everyone to adopt those words as a flag.

There were many videos, both of past and current students, that were shown during the act. These students all agreed to recall "La Tamasca", as the center that shaped their lives in many ways. Juan Ma Campoy (one of the former students) would then give an informative monologue about his experiences and circumstances at the school. Paula Perez (a fourth-year student in Primary) also spoke. She took a tour through the school's history, remembering the EGB and the treatment of teachers.

Piedad Victoria Sanchez, who is also a teacher, described the center as a great, close-knit family where everyone works together and contributes their talents. This has helped to create a strong team and a great, supportive family, despite any setbacks. She said that the students have been taught knowledge but also values. They are now able to believe in themselves and make their own decisions in a world where it is possible to achieve better. own.

Julia Rodriguez Mesas is a four-year old girl who made an amazing journey through school in times of "invisible bugs", when children were "the real heroes". She was joined by a group of boys, girls and boys, who performed a beautiful allegory about using masks and returning to normality.

Yolanda Fernandez (Councilor for Education) said the last words. She congratulated everyone involved in the school for the 50 years that have seemed like a passing breath but which form an important part of many lives as well as the city. Based on that work, an excellent horizon is now emerging. He talked about the unexpected experience with Covid, and acknowledged the effort that was made to overcome it. He concluded by stating that the Baza City Council would always be there to help you and be part of your solutions.

The center's director ended the "trip" and thanked everyone present. He also assured that the Ciudad de Baza would continue, and announced the closure of the event with a pasodoble by sixth-grade girls and boys, dedicating it to "those teachers who have taught, because these students want to learn."

‹ ›
Keywords:
ColegioCiudadBazaCierraAniversarioActoTeatroDengra
Your comment has been forwarded to the administrator for approval.×
Warning! Will constitute a criminal offense, illegal, threatening, offensive, insulting and swearing, derogatory, defamatory, vulgar, pornographic, indecent, personality rights, damaging or similar nature in the nature of all kinds of financial content, legal, criminal and administrative responsibility for the content of the sender member / members are belong.
Related News