Wiped out by a fungus, the American chestnut begins its rebirth

"The American chestnut was of great importance within the ecosystems of eastern North America, before it was destroyed by disease", explains the director of research for the American Chestnut Foundation (ACF ), which has been working since the 1980s to resurrect this species. 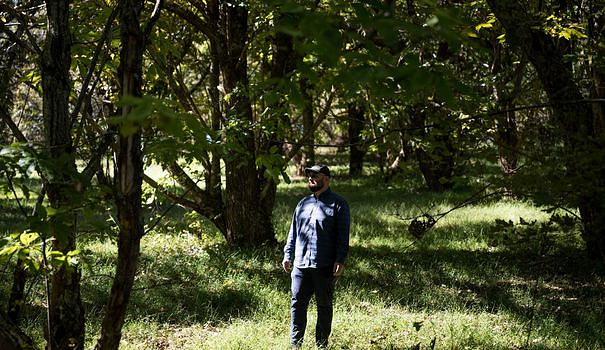 "The American chestnut was of great importance within the ecosystems of eastern North America, before it was destroyed by disease", explains the director of research for the American Chestnut Foundation (ACF ), which has been working since the 1980s to resurrect this species.

Once an emblematic tree of the east coast, the American chestnut was used as much for its wood as for its fruit, by people and animals.

But a fungus identified in 1904 at the Bronx Zoo in New York, on a tree from Japan, quickly spread and, in less than three decades, signed the death warrant for millions of chestnut trees.

"The devastation was so rapid," Vasiliy Lakoba told AFP, referring to "ghost forests".

Today, only a few rare specimens still survive to adulthood in the wild.

Nestled in the Appalachian Mountains, ACF's main laboratory farm covers 36 hectares and has tens of thousands of trees.

"It's like picking apples, but with thorns...", laughs Jim Tolton, a technician on the farm, during a chestnut harvest day in early October.

The bugs are picked using a crane, before its fruits are extracted from them in a shed to then be studied, and used for future plants.

Before the disease, the American chestnut "grows high and straight through the forest, struggling for light", explains Vassiliy Lakoba.

But with the arrival of the plague, a tree sees cankers appear on its branches: a necrotic ulceration also called "cancer of trees".

It will then fight the disease by growing other branches here and there, giving it a bushy appearance, instead of its straight form of yesteryear.

No cure has so far been found to stop the spread.

Imparting resistance to the fungus to the American chestnut is precisely the mission of the ACF.

For this, two main avenues of research are explored: the first, implemented for years, consists of crossing an American chestnut with other species already resistant to the fungus, such as the Chinese chestnut.

The goal, after multiple crosses over several years, is to obtain an American chestnut that is also resistant, while retaining as many of the original genetic characteristics as possible.

“One of the drawbacks” with these crosses, explains Vasiliy Lakoba, “is that disease resistance turned out to be a much more complex genetic phenomenon than previously imagined”.

ACF researchers have not given up their breeding efforts, but a second way has been explored for some years: genetic modification.

Working on a transgenic version of the American chestnut, researchers at the State University of New York at Syracuse have developed a specimen that shows "very promising early results" of disease resistance, according to collaborator Vasiliy Lakoba. with these researchers.

Combining the two methods could "produce better results", he says.

Once a resistant specimen has developed, the time will come for large-scale reimplantation. A task made complicated in particular by the upheaval of the landscapes which was done without the American chestnut during the past century.

"So much has changed in terms of climate, invasive species, pollution, habitat, land use, soil erosion," says Vasiliy Lakoba.

The researcher also says he expects "continued pressures" on American chestnut and other species in the future with climate change.

"Overall, there will be more parasites, more diseases (...) which are probably already there but which have not yet exploded...", he underlines.

And the rebirth of the American chestnut will not happen in the years, or even decades, to come.

"It certainly represents a mission of at least two centuries in the future", says the researcher, who however says he is very optimistic on the success of their mission.