Four windows of the Notre-Dame Cathedral in Paris, which were badly damaged in the major fire in April 2019, are being restored in the Cologne Cathedral workshop. 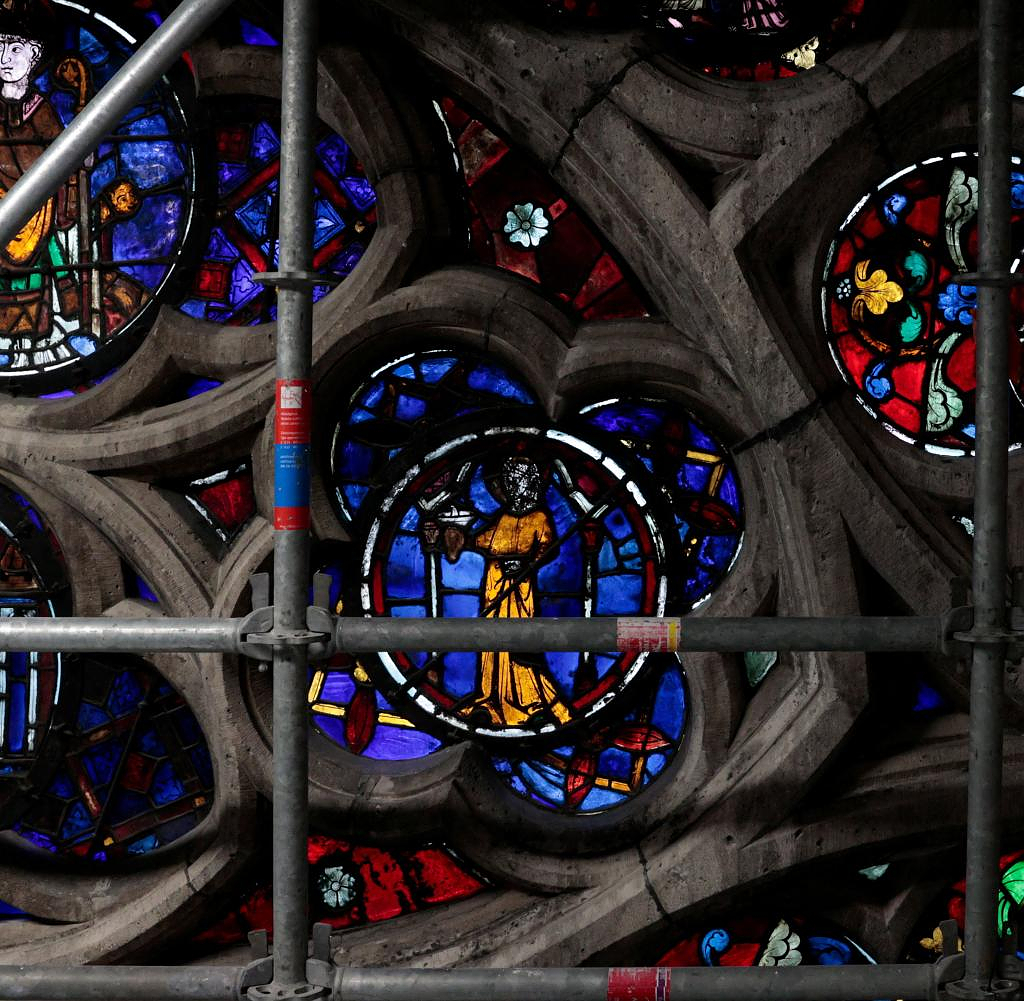 Four windows of the Notre-Dame Cathedral in Paris, which were badly damaged in the major fire in April 2019, are being restored in the Cologne Cathedral workshop. On Monday, October 24, the Prime Minister of North Rhine-Westphalia, Hendrik Wüst (CDU), together with the French cultural ambassador François Delattre, wanted to get an idea of ​​the work, as the Düsseldorf State Chancellery announced.

Wüst, who is also the Franco-German cultural representative, spoke of European solidarity in action. "The fact that the French side has entrusted four of the damaged windows to the Cologne cathedral workshop underlines the close ties between our two countries," he explained.

Wüst's predecessor in office, Armin Laschet (CDU), who was also expected in Cologne, launched the "NRW for Notre-Dame" fundraising campaign together with the Unesco Commission after the fire. At that time, around half a million euros came together from people from North Rhine-Westphalia and all over Germany.

‹ ›
Keywords:
NordrheinWestfalenKölnParisBrand Von NotreDame (15.04.2019)RestaurierungenKathedralenLaschetArminWüstHendrikTexttospeechCDUHendrik WüstFrançois DelattreNotreDameDombauhütteKathedraleGroßbrandKrimi
Your comment has been forwarded to the administrator for approval.×
Warning! Will constitute a criminal offense, illegal, threatening, offensive, insulting and swearing, derogatory, defamatory, vulgar, pornographic, indecent, personality rights, damaging or similar nature in the nature of all kinds of financial content, legal, criminal and administrative responsibility for the content of the sender member / members are belong.
Related News