Wincent Weiss sings in the Elphi with a glowing walking frame

On glowing crutches for a good cause: pop star Wincent Weiss (29) turned the sold-out Elbphilharmonie into a party location on Tuesday evening – despite a foot injury. 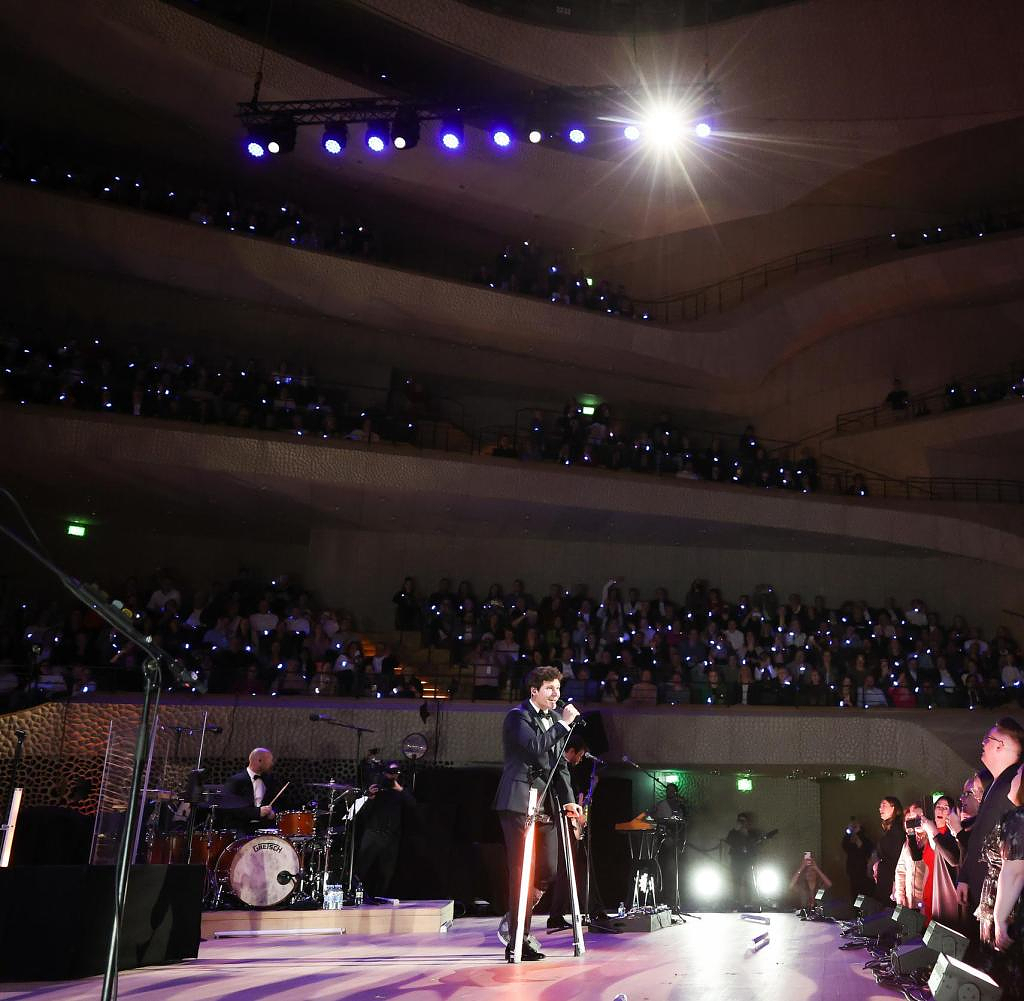 On glowing crutches for a good cause: pop star Wincent Weiss (29) turned the sold-out Elbphilharmonie into a party location on Tuesday evening – despite a foot injury. At the charity event "Channel Aid - live in Concert by JBL" he came on stage on illuminated crutches. "There's no cool story about it," says the charming singer. "I hit a wall while tobogganing." Nevertheless, he gave everything from the start and performed his hit "Musik sein" right from the start. The singer was accompanied by the French orchestra Ensemble Matheus, which wrapped the well-known pop songs in a classic-baroque guise.

"It's a sacred hall, but sing along, get up, have fun," shouts Weiss, who is wearing a dark suit with a white shirt and bow tie. The audience doesn't need to be told twice and everyone quickly dances, clap and sings along and turns the Elphi into a party zone. The musician sits down on a rollable box, curves across the stage singing and is full of energy despite his injury.

“It is a huge honor for me to be able to play music on this crazy stage. Presenting my songs in a completely new guise and being able to make a difference in the world with it is great,” says Weiss. At the concert, donations will be collected, which will be broadcast as a live stream. Every click generates donations without the viewers having to pay themselves. The sponsors take care of that.

The proceeds go to social projects such as "Chanceto Dance", which offers dance courses for people with disabilities, or "Right to Play", which promotes and educates children around the world using play-based methods. The concert was broadcast on channel-aid.tv (YouTube and TikTok @channelaid).

Even before the Corona period, stars had performed in the Elbphilharmonie, such as the British Rita Ora and the German rapper Cro.

‹ ›
Keywords:
HamburgElbphilharmonieYouTubeLauterbachJörnTexttospeechEnsemble MatheusPopstar Wincent WeissWincent WeissRita OraGeschichteElphiMusik
Your comment has been forwarded to the administrator for approval.×
Warning! Will constitute a criminal offense, illegal, threatening, offensive, insulting and swearing, derogatory, defamatory, vulgar, pornographic, indecent, personality rights, damaging or similar nature in the nature of all kinds of financial content, legal, criminal and administrative responsibility for the content of the sender member / members are belong.
Related News