Last July, the commander-in-chief of the Ukrainian army, General Valeri Zalouzhny, praised the "exceptional usefulness" of Starlink units, which notably allow combat forces to communicate by telephone, to orient drones as well as possible and to operate many electronic devices. 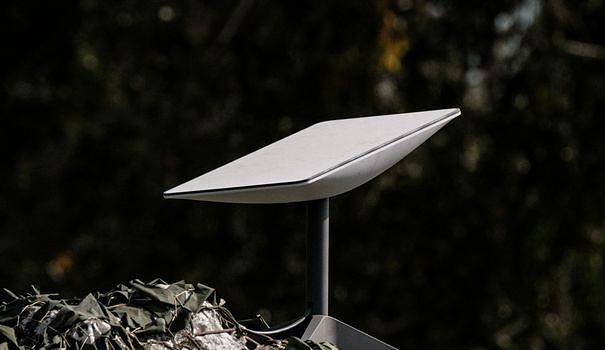 Last July, the commander-in-chief of the Ukrainian army, General Valeri Zalouzhny, praised the "exceptional usefulness" of Starlink units, which notably allow combat forces to communicate by telephone, to orient drones as well as possible and to operate many electronic devices. While the country's cell phone and internet networks have been destroyed by the Russian army, the service of the company SpaceX, which provides an internet network via satellite, appears to be vital to the continuation of the Ukrainian resistance. To compensate for the regular loss of terminals, General Zaloujny therefore requested the delivery of 6,200 additional pieces of equipment this summer for his army and the intelligence services. A request to which the boss of SpaceX, the multi-billionaire Elon Musk, no longer seems able to respond favorably.

This Friday, the American channel CNN revealed that SpaceX's senior director of government sales had sent a letter to the Pentagon in September, in which he expressed the company's inability to fund the service any longer. Starlink in Ukraine. The reason: the cost of operations. According to the letter consulted by CNN, SpaceX estimates that a Starlink kit – which notably consists of a dish – amounts to 2,500 dollars per unit. However, according to Musk, there are nearly 25,000 satellite dishes in Ukraine.

If we add the regular destruction of equipment, the total cost would reach 120 million dollars by the end of the year, and nearly 400 million dollars over the next twelve months. Thus, a consultant working for SpaceX told CNN that "sending several thousand additional terminals - as requested by General Zalouzhny - whose data consumption is up to 100 times greater than that of typical households, will turns out to be impossible." So that the Ukrainians are not deprived of the network, SpaceX is asking the American government to pay the next bills.

This sudden revelation of a potential end to Elon Musk's aid to Ukraine raises questions. Especially since the American businessman seems less and less determined to support kyiv in the conflict between it and Russia, as a recent tweet tends to prove in which he proposes the following peace plan: " Redo the elections of the annexed regions under UN supervision. Russia leaves if that is the will of the people. - Crimea is officially part of Russia, as it has been since 1783 (until the error of Khrushchev). - Crimea's water supply is assured. - Ukraine remains neutral."

This diplomatic solution of the billionaire greatly displeased the Ukrainian authorities. To the point that the Ukrainian ambassador to Germany replied to him "fuck off", and that President Volodymyr Zelensky, more diplomatic, asked him to specify in which camp he was. On the second, Musk replied "still a lot on the side of Ukraine", while not hiding that he feared "a massive escalation". And that only his plan would be able to avoid it.

This ambiguous position also annoys the Pentagon, which, through the voice of one of its senior officials, denounced Musk's "chutzpah". This one who pretends to be "a hero", while SpaceX is far from the only entity to finance the Starlink network. Indeed, the figures communicated by the company to the Pentagon show that around 85% of the terminals present in Ukraine have been at least partially paid for by third countries such as the United States and Poland, as well as around 30% of the connectivity Internet.

“Without Starlink, Ukrainians would have to act blindly in many situations,” computer security specialist Dimitri Alperovitch told CNN. As for Commander Roman Kovalenko, he estimates that "the efficiency of work without Starlink would decrease by 60% or more." Ukrainian concern is therefore legitimate, even if Elon Musk tweeted on Thursday that he was "happy to support Ukraine", in response to a minister of the country insisting on the importance of the Internet network. This Friday, a senior adviser to the Ukrainian president issued a conciliatory note, saying he was confident that an agreement would be reached to maintain the service.