Will the price of electricity slow down electric cars?

At the end of August, the wholesale price of electricity for 2023 in France reached 1,100 euros per megawatt hour (MWh) against 85 euros a year earlier, a consequence of the invasion of Ukraine by Russia but also of the unavailability nuclear power plants in France. 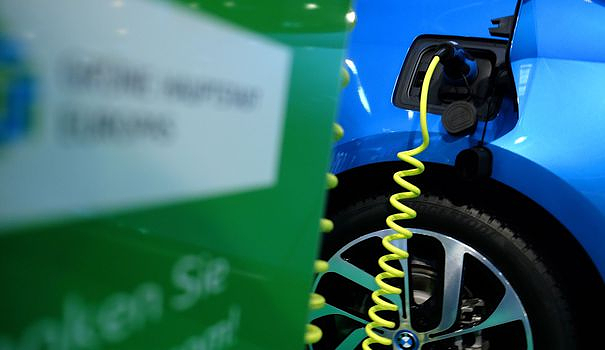 At the end of August, the wholesale price of electricity for 2023 in France reached 1,100 euros per megawatt hour (MWh) against 85 euros a year earlier, a consequence of the invasion of Ukraine by Russia but also of the unavailability nuclear power plants in France.

At the same time, the State raised the rebate on fuel at the pump to 30 cents per liter at the beginning of September, against 18 cents previously, to relieve consumers' wallets against a background of inflationary shock.

Such figures "necessarily mark the spirits, so it can question some people as to the decision to switch to electric mobility", concedes Mathias Laffont, director "uses and territories" at the French Electricity Union (UFE), industry trade association.

Recently, the craze for 100% electric cars is no less spectacular: from 2% in 2019, they rose to 12% of registrations of new private vehicles in France during the first eight months of 2022.

Growth set to accelerate given the pressure on internal combustion vehicles, between traffic restrictions and a ban on sales by 2035. With plug-in hybrids, the vehicle fleet can recover autonomy by plugging into the mains one million units.

Will their users be trapped by an explosion in the price of electrons? In fact, the French should be globally protected. First, "80% of recharging is done at home and at work", notes Clément Molizon, general delegate of the National Association for the Development of Electric Mobility (Avere-France).

At home, the tariff shield applies and the increase has so far been limited to 4%. The government promised that the device would remain in place in 2023 and that the increase would be "contained and reasonable compared to (the) worst-case scenario", i.e. bills doubled.

“Even if we have an increase in the price of electricity, there is a margin which is quite significant. At home, we are around two euros per 100 km, when in thermal we are between 12 and 16 euros depending on the performance of the cars", adds Mr. Molizon.

Especially since some suppliers offer discounted prices during "hyper off-peak" hours, late at night or early in the morning, conducive to recharging batteries using controlled terminals.

On the other hand, the question of increases is beginning to arise for operators of public charging stations, on the road or near shops, and at very heterogeneous prices, with or without a subscription allowing them to reduce the bill.

Some points are oriented "top of the range", especially on the main axes, with powers of more than 50 kWh for fast recharging, and their prices are affected.

Allego, which claims more than 28,000 charging sockets in Europe, has announced kWh prices increased by 15 to 20% from the beginning of September in several countries, including France.

The beginning of a general movement? "We do not expect very big repercussions before 2023", replies Clément Molizon, on the other hand "there are several important contracts which will expire next year". And not all operators are equally exposed to wholesale prices.

EDF indicates that it does not currently plan to increase the prices of public charging stations operated by its dedicated subsidiary, Izivia.

And manufacturers, such as Peugeot, whose e208 has risen to the top of electric car sales in France, or Renault, whose Mégane e-Tech has just been released, say they are rather calm: the spring oil shock has attracted new buyers. .

"People see the price at the pump, it's still huge" despite the discounts, notes Mr. Molizon, from Avere-France.