Will Switzerland find itself in the dark this winter?

In summer, Switzerland, Europe's water tower thanks to its hundreds of hydraulic power stations, exports electricity, but in winter it is the opposite. 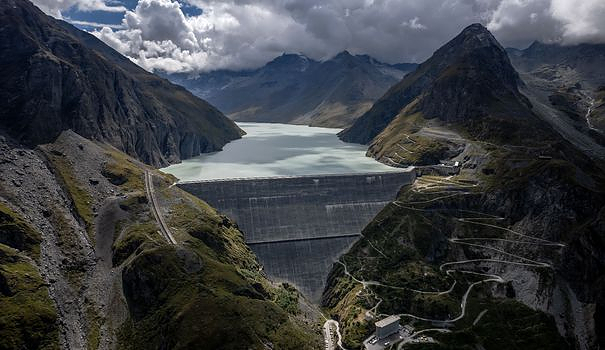 In summer, Switzerland, Europe's water tower thanks to its hundreds of hydraulic power stations, exports electricity, but in winter it is the opposite.

This is usually not a problem, but since the war in Ukraine Russian gas has stopped flowing in Europe.

However, Switzerland, which has no gas reserves on its soil, imports electricity produced with gas in Germany in winter, faced this year with the reduction in Russian gas deliveries.

"The other problem is that on the French side, half of the nuclear fleet is at a standstill" due in particular to the problem of corrosion, explained to AFP Stéphane Genoud, professor of energy management in the great university school HES-SO.

This combination of factors raises fears of electricity shortages.

The launch in early September of a powerful pumped-storage hydroelectric power station at Finhaut-Emosson near Mont-Blanc in the Swiss Alps, 600 meters under the rock and at an altitude of 1,700 meters, will not radically change the situation.

In a classic check dam, once the lake is emptied, production stops.

In this plant (baptized Nant De Drance), nothing of the sort. Located between two dams at different altitudes, it takes advantage of episodes of overproduction on the electricity grid of wind or solar origin, to pump water from the lower basin to the upper one.

A water that it releases in times of high demand for electrical current.

"It's like a huge battery. We can regenerate electricity at the right time, during daily peaks in the morning or evening," Robert Gleitz, from the management of Alpiq, one of the shareholder companies, told AFP. of the central.

The plant “comes at an opportune time and will help accelerate the energy transition” towards renewable energies, he explained during the visit to the installation.

But he points out that this type of plant can only support the electricity market for short periods since it does not generate electricity when the water is returned to the upper basin.

"In the current situation, it usefully supplements a production of renewable electricity that is still too low," noted Nicolas Wüthrich of the Pro Natura organization to AFP.

Like other NGOs, he especially deplores Switzerland's delay in its energy transition, when the country decided to gradually phase out nuclear power after the Fukushima nuclear accident in 2011.

In 2020, Switzerland had only around 40 wind power installations.

According to Boris Salak, an expert with the Federal Institute for Forest, Snow and Landscape Research, some 750 wind turbines and solar panels on a third of the roofs would be needed to meet the government's 2050 energy strategy targets.

At the end of 2021, even before the war in Ukraine, the Swiss organization for the supply of electricity in the event of a crisis thus underlined that the risk of a shortage of electricity was already "high" in the country.

In recent days, the government has called not to dramatize while ensuring to prepare for electricity shortages.

The chairman of the Federal Electricity Commission, Werner Luginbühl, warned that cuts of several hours are to be expected.

The Swiss are rushing for generators and solar panels for balconies, while left-wing parties are calling for quick action.

Some, like the economist Stéphane Garelli, expect soft measures to encourage people to consume less electricity.

Stéphane Genoud considers it likely that Bern will introduce more restrictive measures such as "quotas for large consumers" of electricity, such as large companies, or power cuts.

But, he hopes, "if the French manage to restart the reactors, if Putin does not bother and if it is not cold, we miss a shortage or a blackout".