Will robots replace humans at Amazon?

“What we are going to do in the next five years will surpass what we have achieved in the last ten years”, warned Thursday during a press conference Joe Quinlivan, vice president of the robotics department of Amazon in this center of innovation, inaugurated a year ago in Westborough in the northeastern United States. 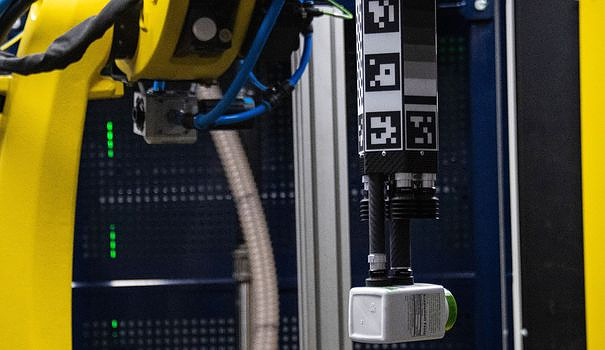 “What we are going to do in the next five years will surpass what we have achieved in the last ten years”, warned Thursday during a press conference Joe Quinlivan, vice president of the robotics department of Amazon in this center of innovation, inaugurated a year ago in Westborough in the northeastern United States.

The company, founded 28 years ago by Jeff Bezos, unveiled its latest creation, a robotic yellow arm called "Sparrow", capable of detecting, selecting and managing "millions of products" of all sizes and shapes.

Unlike its predecessors which can only orient packages, "Sparrow" can manipulate objects thanks to its cylindrical tubes which suck them up and then place them in different baskets.

Nearly 75% of the 5 billion orders processed by the e-commerce giant are already handled by some type of robot, according to Joe Quinlivan.

The robotization of the company has generated more than a million jobs in recent years, specializing in engineering in particular but also in maintenance, as well as technicians and operators, say Amazon officials.

If the idea that the automation of work would lead to mass job destruction is not supported by recent figures published in July by the United States Bureau of Statistics, the increased use of robots may still have a negative impact on employees.

While making it possible to lighten certain tasks in warehouses, these technologies can indeed contribute "to an increase in the load and the pace of work, with new methods of monitoring employees", warned researchers from the Berkeley University in a 2019 study.

They cite the example of the MissionRacer video game used by Amazon, which pits employees against each other to assemble customer orders faster.

Robotization can also be used by employers to "lower the level of qualification needed for a job in order to reduce training and recruitment costs" which can lead to "wage stagnation and job insecurity", d 'after the same source.

Regularly accused by its detractors of "modern slavery", Amazon, the second largest employer in the United States after the retail giant Walmart, has so far succeeded in repelling all attempts by employees to unionize, except in a warehouse in New York.

The company can notably produce "1,000" robotic units in its Westborough factory.

In order to shorten the time between when a customer purchases a product and when it receives it, Amazon also intends to carry out drone light package deliveries by the end of the year in two cities in California and Texas.