Will candidate Trump go it alone? 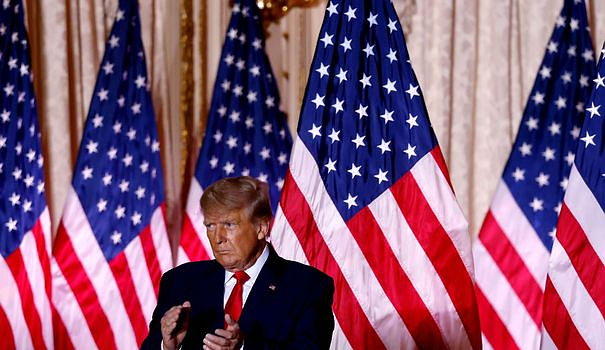 No Republican Party executive, influential elected official or senator... After the poor performance of the billionaire's candidates in the mid-term elections, almost no personality from the American right made the trip to the luxurious club of Mar-a-Lago on Tuesday evening.

“Trump cost them three elections (in 2018, 2020 and 2022) and they would rather not let him ruin a fourth, in 2024,” said Larry Sabato, professor of political science at the University of Virginia.

The boss of a pillow company who firmly denies the reality of the election of Joe Biden, a sulphurous ally of Donald Trump known for his tattoo of Richard Nixon on the back … Tuesday, the crowd was rather full of these characters colorful, which have revolved around Donald Trump since his defeat in the 2020 presidential election.

A sign that the star of the billionaire, who had regained his grip on the Republican Party in recent months, has paled, "the lack of enthusiasm for Trump's third presidential campaign is felt even within his close family", remarks the political scientist with AFP.

Neither his son Don Jr. nor his beloved daughter Ivanka - one of his closest advisers to the White House during his tenure - participated in the announcement with much fanfare.

A few minutes after the formalization of her father's candidacy, Ivanka Trump even split a press release. "I love my dad very much," she said. "But this time (...) I don't plan to get involved in politics."

The entry into the race for the White House of Donald Trump, which no longer aroused any doubt, was covered at least by certain conservative media.

Fox News, one of the most watched channels in the United States and which until recently devoted hours of airtime to Donald Trump, chose to cut him in the middle of his speech.

The New York Post, a daily that has a prominent place among American conservatives, almost snubbed Donald Trump's announcement.

"720 days before the next election, a retiree from Florida announced his candidacy for the presidential election by surprise", wrote, ironically, the daily on its 26th page.

Both outlets, owned by the conservative Murdoch family media group, chose to shine their spotlight on fellow Florida resident Governor Ron DeSantis. The forties, new star of the hard right and likely to challenge Donald Trump for the Republican nomination, was also logically absent on Tuesday evening.

But don't bury Donald Trump too quickly, warn his allies.

Most polls still give the former president, very comfortable with crowds, winning a Republican primary and a tide of red caps continues to flock to his meetings.

Influential Republican Senator Lindsey Graham thus judged Tuesday evening that Donald Trump would be "difficult to beat", as long as he "continues to adopt this tone".

"The hard core base that supported Trump for six years will remain largely loyal to him," predicts Larry Sabato.

Arriving in power in November 2016 in an unprecedented political scenario that almost none had predicted, Donald Trump could also be tempted to play this position of candidate-rebel, if the defections in his ranks were to continue.

The New York billionaire did not fail on Tuesday to replay his well-known score of a leader close to the Americans - mostly white, rather old - not like these "elites" of Washington, whom he likes to make fun of. .

"This will be our campaign for all of us," he promised his supporters on Tuesday evening. "The only force strong enough to defeat the massive corruption we face is you, the American people," he said. 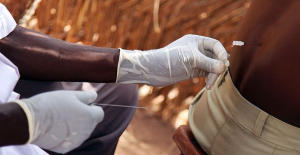 "Sleeping sickness": towards an eradication...