After the vaccines and now the pill against Covid-19, the American group is talked about less for its research and development prowess than for the way in which it allegedly concealed part of its income from the Italian tax authorities. 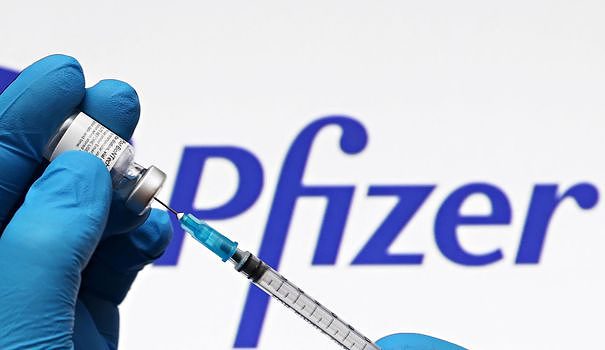 After the vaccines and now the pill against Covid-19, the American group is talked about less for its research and development prowess than for the way in which it allegedly concealed part of its income from the Italian tax authorities. The financial policeman suspects Pfizer of having hidden profits of at least 1.2 billion euros by transferring them to units located in countries where taxation is more advantageous. This is revealed by the survey by the Bloomberg news agency. According to the financial media, the Italian branch of Pfizer would have transferred funds to subsidiaries in the United States and the Netherlands to avoid Italian taxation of up to 26% for companies. The survey began in February and covers the years 2017, 2018 and 2019.

Not enough to make the pharmaceutical group shudder. The company reaffirmed that "Pfizer complies with Italian tax laws and requirements", through one of its spokespersons, to AFP on Thursday. "Italian tax authorities regularly carry out audits and investigations of Pfizer's taxes, and Pfizer is cooperating with these audits and investigations," he added. The publication of this news did not really disturb the good financial health of the group. The global turnover of the American laboratory reached, in the second quarter of 2022, a record level of 27.74 billion dollars. Above all, Friday, October 28, at the close of the New York Stock Exchange, the world's main stock exchange, Pfizer's rating had climbed 3.73% compared to the opening.

Pfizer joins a long list of international groups cited in surveys on tax optimization. In Italy, it is also far from being the first foreign firm to have aroused the suspicions of the tax authorities. The French luxury group Kering has already been pinned twice. After having concluded, in 2019, an agreement with the Italian authorities leading it to pay an "additional amount of taxes" of 1.25 billion euros, the multinational undertook, in April, to settle a dispute of 186 .7 million euros around its Bottega Veneta brand.

This summer, an extensive investigation by the US Senate Finance Committee highlighted the multitude of bad tax practices of companies in the world of health, such as Amgen, Merck, AbbVie or Abbott. All of these groups had sought to circumvent US taxation by using their subsidiaries in low - or even zero - tax jurisdictions. The German group Merck, for example, has been accused of having relocated its profits from the drug Keytruda to pay only half of the 21% tax reserved for companies in the sector. In 2021, the Senate committee also accused AbbVie of shifting profits offshore, while reporting a domestic loss, to avoid paying U.S. corporate income tax, said Sen. Ron Wyden, chairman of the committee. , in a letter to CEO Richard Gonzalez. Pfizer is therefore far from being an isolated case in the pharmaceutical industry.