Why the fish have to change the rules of the game

The global bleaching of corals has consequences not only for the reefs, but also for the animals: Certain reef fish show a different way of dealing with actual and supposed food competitors. 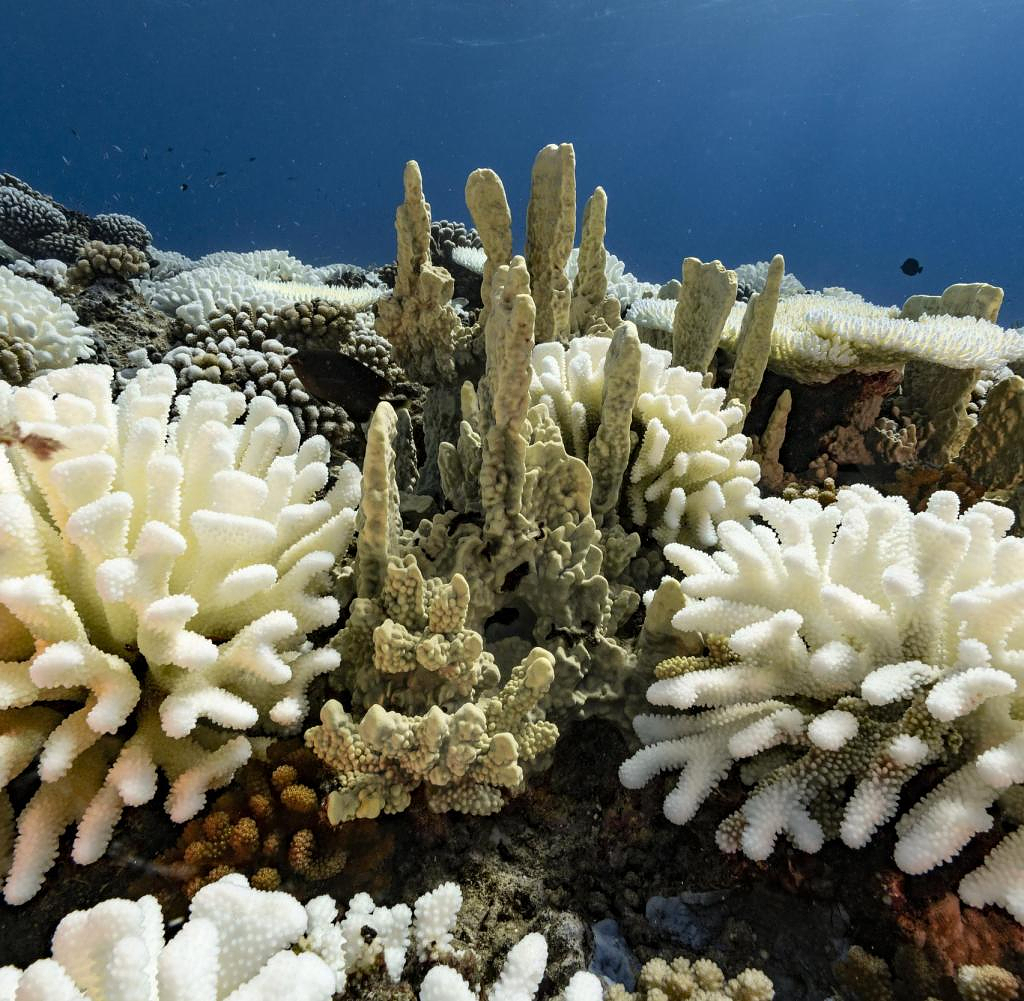 The global bleaching of corals has consequences not only for the reefs, but also for the animals: Certain reef fish show a different way of dealing with actual and supposed food competitors. Researchers write in the journal Proceedings B of the British Royal Society that this could use up unnecessary energy and lead to other effects of bleaching - such as lack of food - being exacerbated.

A possible explanation for this is that a change in the food supply on the reef means that fish that previously only rarely met are now meeting more often. Established behaviors do not always help.

The results show that consequences of the climate crisis - such as coral bleaching - have a direct impact on the behavior of certain animals towards one another. According to the researchers, research into the adaptations of coral reef inhabitants is still "in its infancy".

The team led by Sally Keith from the University of Lancaster in England observed various species of butterflyfish of the genus Chaetodon while snorkeling and diving. The mostly very colorful animals live mainly in tropical coral reefs. Butterflyfish can send each other clear signals - even across species boundaries - for example through their posture and by setting up their dorsal fins. The fish will also attack and pursue each other through the reef.

According to the researchers, corals are the main source of food for the fish. Different species of butterflyfish meet in the reef and - depending on the species - maintain a certain interaction with each other. “By recognizing a food competitor as such, fish can decide whether to attack or retreat. This saves them valuable energy and avoids injuries,” says Keith, according to a statement from her university.

In total, the researchers evaluated more than 3,700 encounters between butterflyfish - both between individuals of the same species and of different species. The investigations took place in 17 reefs in five different regions off Taiwan, Indonesia and the Philippines. Keith's team surveyed the reefs both before and after a massive coral bleaching event in 2016. According to this, between 18 and 65 percent of the coral surface was destroyed.

Among other things, the scientists found that before the coral bleached, specimens of different species reacted with signals or attacks within a meter of each other. After bleaching and with less food available, this was only the case from 25 centimeters. According to the study, one possible explanation for this is that the established mechanisms for recognizing food competitors no longer work under the changed conditions in the reef. The fish may have started not to recognize competitors as such until they see them eating.

In addition, after the bleaching, it was less likely that an encounter was resolved solely with body language: in more than 90 percent of the cases there was a pursuit, before the bleaching in 72 percent. However, the researchers limit that they could only consider signals that are visible to humans. After the bleaching, pursuits were also longer and therefore more energy-sapping.

"The code of conduct evolved for a specific environment, but that environment changes," says Keith. Bleaching can result in fewer or different corals. As a result, butterflyfish species that have previously hardly come close to each other when searching for food meet more often. It's still unclear whether the fish can adapt their rules of the game quickly enough, says Keith. "These relatively small miscalculations of where energy is best invested could tip the scales for these animals."

‹ ›
Keywords:
KorallenFischsterbenKorallenbleicheTexttospeechRoyal SocietyApple PodcastUniversität LancasterPhilippinenErklärungFischeBleicheNahrungskonkurrentenGesundheit
Your comment has been forwarded to the administrator for approval.×
Warning! Will constitute a criminal offense, illegal, threatening, offensive, insulting and swearing, derogatory, defamatory, vulgar, pornographic, indecent, personality rights, damaging or similar nature in the nature of all kinds of financial content, legal, criminal and administrative responsibility for the content of the sender member / members are belong.
Related News