Why RNA could be the pest control of the future

It's an old dilemma: Pests can wreak havoc on agriculture and cause massive crop losses. 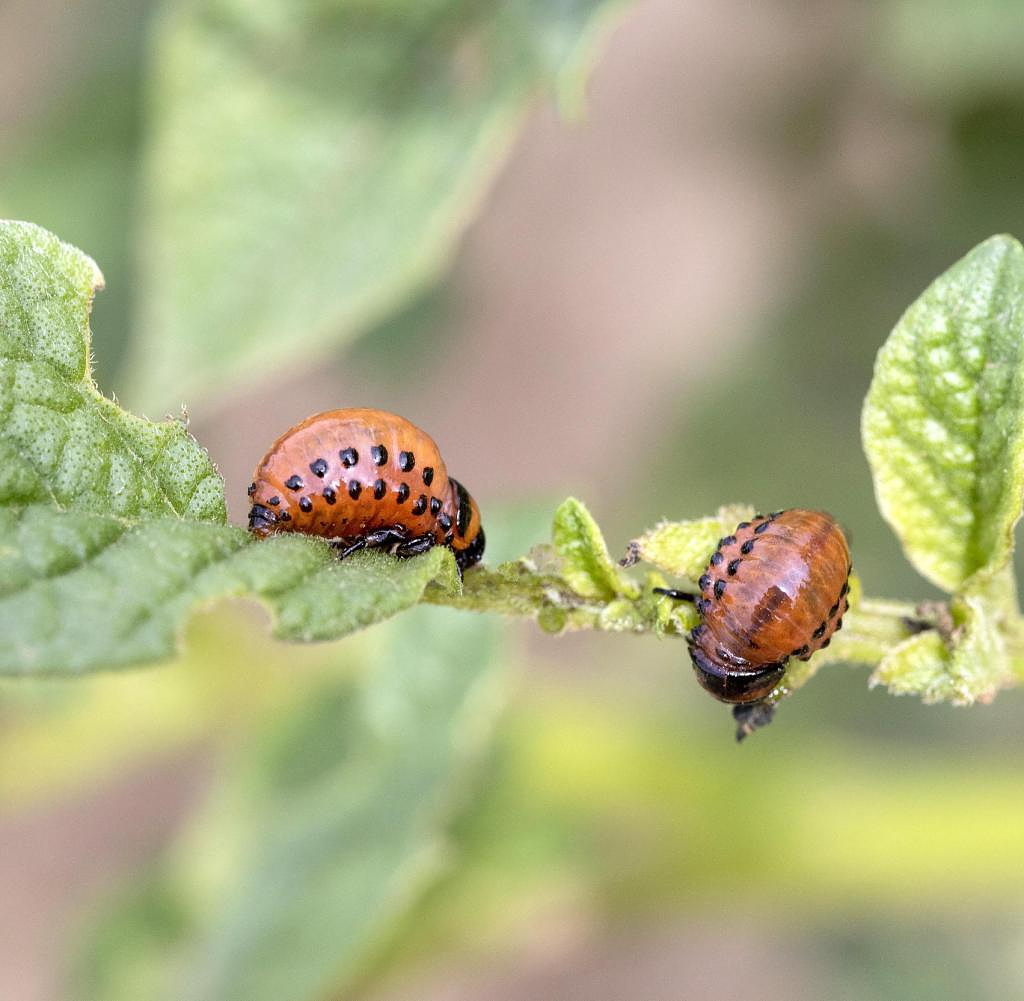 It's an old dilemma: Pests can wreak havoc on agriculture and cause massive crop losses. Pesticides that kill pests, in turn, often pollute the environment, polluting water bodies or threatening beneficial species. Scientists have been researching pesticides based on the molecule RNA, a nucleic acid, for some time. They are intended to attack pests in a targeted manner and promise not to pollute the environment if they are free of chemicals. Could they provide a way out of the dilemma?

The new method is based on a defense mechanism in plants and animals that is actually directed against viruses. It's called RNA interference, or RNAi for short. The 2006 Nobel Prize in Physiology/Medicine was awarded for his discovery.

"Basically, RNAi works like an immune system," explains Georg Bucher from the Department of Evolutionary Developmental Genetics at the University of Göttingen. "It becomes active as soon as double-stranded RNA enters the cells." Double-stranded RNA is generally not found in plant and animal cells, but in many viruses it is. "If a cell recognizes such a molecule, it sounds the alarm and chops the molecule up into small snippets." These snippets then serve as templates to destroy everything that has the same structure - the virus is destroyed.

What does this have to do with pesticides? The idea behind this is to direct the defense mechanism, which pests also have, against their own body structures. "We're basically creating an autoimmune disease," says Bucher. “We present the pests with one of their own genes in the form of double-stranded RNA. Assuming they are dealing with a virus, they then attack themselves, so to speak.” The procedure is also known as gene silencing because it silences genes and the genetic information they contain.

The first step in the development of such a pesticide: You have to find a gene that is vital for the pest - or as Karl-Heinz Kogel from the Institute for Phytopathology at the University of Giessen puts it: "A gene failure must be lethal." Enough In principle there are options. According to studies, about 40 percent of all genes in insects are essential, so their failure leads to death. However, for the application it is necessary to find genes or gene sections (sequences) that lead to death as quickly as possible after activation of the RNAi.

In addition, the sequence used must be chosen in such a way that it only occurs in the pest but not in harmless species. Then the RNAi shows its strength: only this pest is killed. "That's the beauty of the method, it's very specific to the type you want to achieve," says Bucher. Cross-reactions are conceivable in two closely related species. "But then there is a high probability that both species are pests."

The detection of such equally lethal and species-typical genes is not very problematic, says Kogel. Genetic structures and their importance for the organism have been researched for decades. The genomes of many species have now been sequenced or can be sequenced in a short time if necessary.

However, the selection of the most suitable structures is quite time-consuming, says Bucher. He is part of a research team that, in collaboration with Bayer CropScience, recently switched off all genes of the red flour beetle (Tribolium castaneum), a storage pest, one after the other using RNAi.

“We documented the changes that occurred and checked which gene losses lead to death. We have thus found the deadliest genes out of around 16,000.” The information obtained in the “iBeetle” project can also provide insights into gene function in other species – and thus help to identify target genes for RNAi-based pest control.

Once a suitable gene has been found, the next step is to produce a double-stranded RNA that exactly matches the selected gene but bears no resemblance to sequences in other animals. Now this double-stranded RNA has to be brought into the pests so that their RNA interference system can kick in. One way is to simply spray the RNA onto the plants so that the pests pick it up as they feed.

The problem: RNA is a biomolecule - it is not particularly stable. “Basically, you can't apply RNA orally. This is quickly broken down in the environment, on soil or leaves and also in the digestive tract of the pests,” says Kogel. The most crucial question in the research area is therefore currently: How can I make the RNA more stable? "One tries to mix the RNA with other components that protect the sensitive molecule," says Kogel. Scientists speak of the formulation of the RNA. This has already increased the shelf life significantly, from a good one to around ten days.

If a farmer discovers a pest infestation, he can combat it with the sprayable RNA solution: as soon as the pests eat the treated plants, the genetic self-destruction is set in motion. "The effect sets in after about six hours, and after one day we register a noticeable decrease in gene activity," says Kogel.

"Compared to chemical agents, it takes longer for an effect to set in and for the pests to die," says Bucher. "However, they stop eating earlier." In most cases, a single spraying action is probably not enough to combat an infestation effectively. The RNA solution is quickly diluted in the environment, for example when it rains or simply by the growth of the plants. So you have to spray again. Overall, however, the approach can be rated as practicable, says Bucher.

It is currently unclear whether the method can also be used as a precautionary measure to protect against pest infestation. “Research hasn’t gotten that far yet. You would need field trials lasting several years to investigate that, that doesn't exist yet."

Another way to use the RNAi system for pest control is to create transgenic crops that carry the selected target structures in their own genome—they make the pest-fighting, double-stranded RNA themselves. "It's much more effective and makes more ecological sense than that Spray,” says Kogel. "Due to the reservations about transgenic plants in this country, I am not particularly optimistic that this approach has great prospects of success."

In the USA, a transgenic variety of maize developed by Bayer is already available, which uses RNA interference to attack the western corn rootworm (Diabrotica virgifera virgifera). The dreaded pest comes from Central America, but is now also widespread in the USA and Canada as well as in Europe.

What limits the possible uses is the fact that not all pests activate their RNA interference system when they ingest double-stranded RNA. In addition, many insects produce enzymes that can break down the double-stranded RNA, so-called nucleases. Even then there can be no effect. And in general, the spray method only reaches species that eat above ground and from the outside of the plant.

The RNAi-based agents seem to circumvent one problem: the development of resistance due to genetic adaptations in the pests. “You usually address several target structures at the same time. It is very unlikely that they all mutate at the same time,” says Kogel.

According to the Federal Environment Agency, annual sales of pesticides in Germany are 35,000 tons of pure active ingredient. The pure amount says little about the impact on the environment and biodiversity. But it is clear that alternatives to risky chemical agents are needed. RNA-based pesticides alone certainly cannot solve the pesticide problem. But they could possibly make a contribution to more environmentally friendly agriculture.

‹ ›
Keywords:
LandwirtschaftRNAi (RNA Interferenz)RNA (Ribonucleic Acid)Schädlingsbekämpfung
Your comment has been forwarded to the administrator for approval.×
Warning! Will constitute a criminal offense, illegal, threatening, offensive, insulting and swearing, derogatory, defamatory, vulgar, pornographic, indecent, personality rights, damaging or similar nature in the nature of all kinds of financial content, legal, criminal and administrative responsibility for the content of the sender member / members are belong.
Related News