Why most accidents happen at a certain time of day

According to data from Norway, accidents involving e-scooters mostly occurred in the evenings or at night in the months following their introduction. 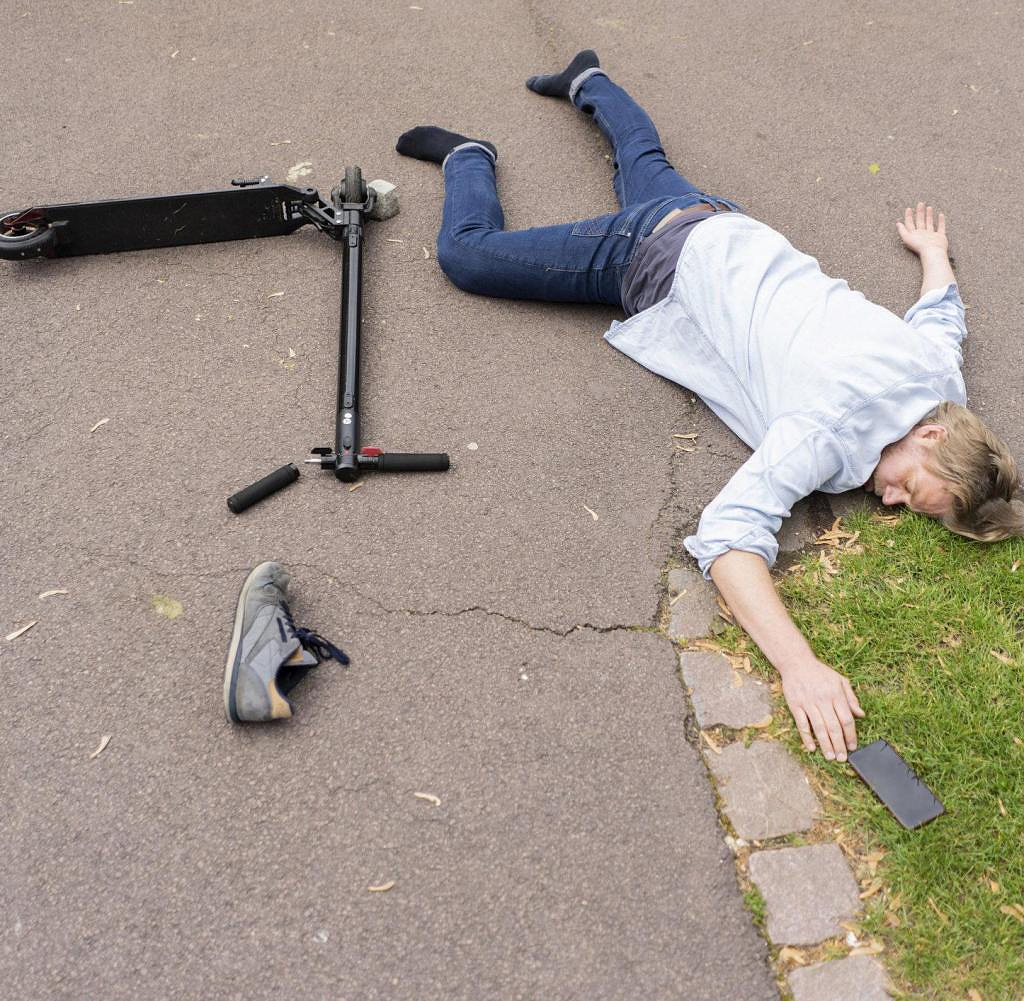 According to data from Norway, accidents involving e-scooters mostly occurred in the evenings or at night in the months following their introduction. The drivers affected in Oslo were also younger than the cyclists involved in the accident, had consumed more alcohol or other intoxicants and wore a helmet less often. This is the result of a data analysis of a total of 3191 e-scooter users and cyclists who came to the orthopedic emergency room at Oslo University Hospital.

At 39.5 percent, injured e-scooter drivers had taken intoxicants more often than cyclists at 7.7 percent and wore a helmet less often: 18 versus 62.2 percent. Consequently, scooter riders also had a higher rate of head injuries. The majority of e-scooter injuries occurred in the evening or at night (32 percent from 5 p.m. to 11 p.m.; 34 percent from 11 p.m. to 6 a.m.).

At night, almost all (91.3 percent) of the e-scooter drivers who had an accident were under the influence of intoxicants such as alcohol. August Vincent Stray's team from the university hospital reported in the specialist journal "Jama Network Open" that most bicycle accidents occurred during the day. The data on intoxicants and helmet wearing are based on anonymous self-declarations.

The researchers emphasize that the results of the study are to a certain extent limited to cities that are comparable to Oslo. E-scooter driving depends on local conditions. The Norwegian capital has almost 700,000 inhabitants. E-scooter rental was introduced in March 2019 and scooter data was collected over the 12 months thereafter.

Even before the study was published, the city of Oslo had responded to long-standing warnings from doctors: Since September 2021, it has been impossible to rent e-scooters in the Norwegian capital between 11 p.m. and 5 a.m. According to the Norwegian news agency NTB, doctors at Oslo University Hospital had calculated that such a ban would prevent hundreds of injuries during the summer. According to the decision of the city council, the total number of e-scooters should also be significantly reduced.

Overall, the study shows user behavior more than the risk of accidents, says Siegfried Brockmann, Head of Accident Research at the German Insurance Association. It can be assumed that many tourists had driven on the scooters.

“That begs the question: is it an ecological mode of transport? It's the case here that it doesn't cover the last mile," says Brockmann. When the e-scooters were launched in 2019, the then Federal Transport Minister Andreas Scheuer (CSU) advertised them as a “real additional alternative to the car”, for example for the “last mile” from home to the train station or from the bus to the office.

"In the medium term, it is still unclear whether it is a sensible means of transport that closes the last mile, or whether it is primarily used for tourist entertainment," says Brockmann. "If that is an additional accident risk without the ecological benefit being recognizable, then you should think again about approval," he emphasizes. "We also don't allow hoverboards or one-wheelers on our streets."

In Germany, where the e-scooter was introduced in autumn 2019, there has so far been little meaningful data on use, also due to the two years of corona. “We don't know how many kilometers are covered with rental scooters. As accident researchers, we have a dark field.” The Federal Highway Research Institute was originally supposed to scientifically monitor and evaluate the permit for the e-scooters within three years. "I advocate giving the federal agency more time - about another two to three years," said Brockmann.

With reference to the Norwegian Institute for Transport Economics, the study authors report that e-scooters replace walking in 60 percent of cases, bicycles in 6 percent, public transport in 23 percent and cars in only 8 percent.

In order to reduce the risk of injury in Germany, the legislature could make helmets compulsory, said Brockmann. You can also change the age of the driver's license (currently from 14 years) or request a driver's license for e-scooters. In Germany, there is no obligation to wear a helmet for scooter drivers, but the same blood alcohol limits apply as for car drivers.

‹ ›
Keywords:
UnfälleEScooterAlkohol Am SteuerGesundheitHamburgOsloNorwegenScooterFahrer
Your comment has been forwarded to the administrator for approval.×
Warning! Will constitute a criminal offense, illegal, threatening, offensive, insulting and swearing, derogatory, defamatory, vulgar, pornographic, indecent, personality rights, damaging or similar nature in the nature of all kinds of financial content, legal, criminal and administrative responsibility for the content of the sender member / members are belong.
Related News