Why is the flu vaccination campaign slipping? 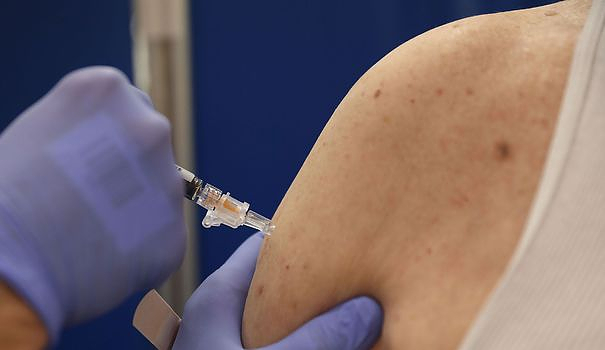 They are 18.3% less to have been vaccinated against the seasonal flu, compared to last year at the same period. Thirty-two days after the launch of the flu vaccination campaign (as of November 18), around 7 million doses have been distributed, compared to 8.6 million last year, according to data collected from 14,000 French pharmacies (out of 20,000) by IQVIA, a specialist in health data.

In press releases, the two main pharmacists' unions, the Uspo and the FSPF, are sounding the alarm about this delay which could cause a "particularly intense" epidemic this winter. However, time is running out: "There are already flu clusters in the west of France, especially in Brittany", reports Pierre-Olivier Variot, president of the Uspo union and pharmacist near Dijon, joined by L'Express.

According to him, it is an accumulation of factors that causes this delay. "First the weather was mild, people did not feel that we were entering winter, so they did not feel the need to be vaccinated," he notes. Another problem, technical, this time: "This year the target audiences received their vaccination voucher very early, about 1 month and a half before the start of the campaign. They came to see us, we sent them home. then they forgot. The ideal would be for the organization to be closer, so that people can pick up their vaccine at the pharmacy as soon as they receive the voucher and have it in view in their fridge", he believes.

Last factor, "many people wanted to kill two birds with one stone by requesting a double flu-Covid 19 vaccination, with the new booster adapted to the variant. About 90% of people who came to be vaccinated against Covid in my pharmacy last week also came for the flu. But unlike the flu, you have to make an appointment for the Covid vaccine, which may have delayed the vaccination by a few weeks".

Added to this is a tendency for professionals to always minimize the seriousness of the flu, especially among vulnerable people over 65 years of age. "The flu is an unpredictable virus which can cause severe or even fatal complications (between 10,000 and 15,000 deaths each year) in fragile people, and aggravate a chronic disease already present", recalls the union in its press release.

This year, the risk could be even greater. “Fragile audiences have had very little exposure to viruses over the past two years, thanks to confinements and barrier gestures which have now almost disappeared. This also means that they have not developed antibodies and that their immunity is low. , and therefore that the virus could be particularly violent for them”, points out Pierre-Olivier Variot. “Additional reason why vaccination is important this winter,” he concludes.

Across the Atlantic, the combinatorial effect of the epidemics of Covid, influenza and bronchiolitis (which is also raging in France and is plunging the already diminished pediatric services into great difficulty), is causing panic in American hospitals.

If the delay is alarming, such a disaster is avoidable in France according to the pharmacist. “What is essential is that the State and health insurance communicate better on the need to be vaccinated, as they did for Covid”, he underlines.

Sunday, November 20, the Minister of Health François Braun assured on RTL that the health system could "support the arrival of the flu if everyone does their part and if the most fragile people are vaccinated". "Our hospital system is already out of breath and staff. It would be good to protect it from this epidemic thanks to the vaccine by vaccinating as much as possible, even populations not particularly at risk, since we have the means", reacts the president of the union.