Why is Disney bringing back its iconic boss, Bog Iger?

After two years in retirement, Bob Iger is called to the rescue to restore color to the firm with big ears. 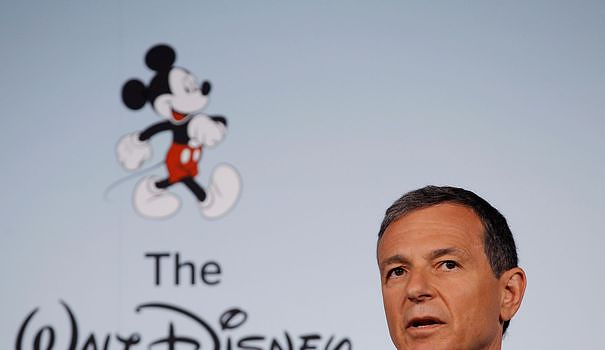 After two years in retirement, Bob Iger is called to the rescue to restore color to the firm with big ears. The one who had left his place as general manager to Bob Chapek in 2020 after fifteen years in this position, returns to the helm of a restless liner. Its roadmap for the next two years is as follows: establish a strategy for "renewed growth", Disney said. The septuagenarian will also aim to work with the board of directors to find a successor, a mission he had difficulty fulfilling the last time. The company, founded in 1923, did not specify the reasons for the departure of Bob Chapek, indicating only that he had left his post.

This Disney veteran took office in early 2020, just at the start of the Covid-19 pandemic which did not spare the group. The 62-year-old had to manage the closure of amusement parks and cinemas, but also the expansion of streaming. Added to this is also the difficulty for this Midwestern entrepreneur to be accepted by the Hollywood elite - unlike Iger, emblem of the polished image of Disney, who appreciated the creative side of the company and the splendor of the film industry.

Despite these difficulties, Chapek's contract was renewed this summer, hence the surprising reversal of the chairwoman of the board of directors by recalling Bob Iger. “The board felt that as Disney embarks on an increasingly complex period of industry transformation, Bob Iger is uniquely positioned to lead the company through this pivotal time,” said the board chair. of Directors, Susan Arnold.

For several months, Mickey seems to have lost his smile. In question: the losses linked to Disney, the new king of streaming. The platform continues to grow at breakneck speed, challenging other skating entertainment sites, but the Enchanted Kingdom streaming service is going to have to cut costs if it wants to become profitable.

Tails: Disney now has 164.2 million subscribers, up 12 million from the end of June, much more than the market expected, according to a quarterly earnings release released Tuesday. Launched three years ago, the service is more than ever Netflix's main competitor. Side face: the Californian group's streaming platforms (Disney, ESPN and Hulu) more than doubled their operating losses over one year, to $1.47 billion for the period from July to September. "Like its competitors, Disney is being caught up in rising production costs and certain sports rights," recalled L'Express last August.

Bob Chapek had indicated, at the beginning of November, that the increase in losses is justified by higher production and technology costs. The Californian group assured that its losses had reached their "worst" level. "They will start to decline during the current quarter," Bob Chapek had promised in early November during the conference call with analysts. He again assured that Disney would achieve profitability in 2024. In all, Disney disappointed with revenue of $20.1 billion and profit of $162 million, up year on year but below expectations. The action of Disney lost more than 13% the day after the announcement of these results, at the beginning of November. It is down more than 40% compared to the start of the year.

In order to replenish the coffers of the kingdom of Mickey, the platform will launch on December 8 a new subscription with advertising, for 7.99 dollars per month, while its basic subscription without advertising increases to 10.99 dollars, in the United States . Like its competitor Netflix, which is launching a similar formula this month, Disney hopes to attract even more viewers, but also to diversify their sources of income. A risky bet when part of the planet is suffering from high inflation and is seeing its purchasing power decline.

The firm can also count on its branch "amusement parks, experiences and derivative products" generated 7.4 billion in revenue, up 36% year on year, in the fourth quarter of its staggered fiscal year. The entertainment giant is benefiting from the end of the pandemic and from consumers' appetite for travel and going out after a long period of health restrictions linked to Covid-19. Only the Shanghai park continues to be closed.

Beyond the financial question, the mandate of Bob Chapek was also marked by a complicated episode in Florida where the company had, at the beginning of the year, initially decided not to speak out against a law prohibiting the teaching of subjects related to sexual orientation or gender identity in primary school. Pushed by employees, Bob Chapek, openly criticized the text, arousing the ire of conservative Governor Ron DeSantis and leading to the removal of a favorable administrative status that the Disney World amusement park had enjoyed since the 1960s in this state. . "Defining a line that satisfies the sensitivities of all their employees is a delicate exercise", had analyzed in L'Express Vincent Pons, professor at Harvard business school.

Bob Chapek also made some decisions that upset Disney cast members, especially when it came to streaming. He had a public dispute with Scarlett Johansson, who sued Disney for potential loss of revenue over her decision to stream Black Widow - which she stars in - on its streaming service while the film was in the works. movie theater. The two parties ended up reaching an agreement, which would amount to nearly 40 million dollars, according to the Deadline site. In other words, the mandate of Bob Chapek has nothing to do with that of Bob Iger.

Under the leadership of Bob Iger, Disney had become an entertainment empire, between the acquisitions of the animation studio Pixar in 2006 ("Finding Nemo", "Toy Story"), of Marvel in 2009 ("X-Men" , "Spider-Man" and the entire "Avengers" series), Lucasfilm in 2012 ("Star Wars", "Indiana Jones") or most of the assets of the former 21st Century Fox group in 2019. The Disney launch was one of its latest feats. Under his tenure, Disney's market capitalization had quintupled. Among the projects awaiting Bob Iger according to the Financial Times, "there is the revival of" his productions of films and television programs, upset by the epidemic. " One thing is certain: Bob Iger has his work cut out for him. he wants Disney to still dream economically.