Why is China setting up clandestine police stations in Europe?

Officially, they help Chinese nationals with their administrative procedures, such as renewing a driving license or producing a birth certificate. 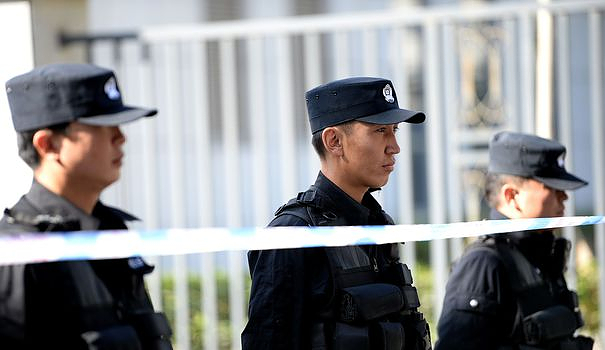 Officially, they help Chinese nationals with their administrative procedures, such as renewing a driving license or producing a birth certificate. Unofficially, they are used to spy on and threaten Chinese dissidents living abroad, in order to encourage them to return to China, according to a report by the NGO Safeguard Defenders, published in September, which affirms the existence of a fifty underground Chinese police stations in 21 countries around the world. And again, this estimate is based only on two counties in China, those of Qingtian and Fuzhou, whose NGO was able to study the operations aimed at persuading Chinese people to return to the country, explains the document. The total could therefore be higher. Regarding Europe, there would be, for example, eight police stations in Spain, four in Italy or even three in France.

This information, new to the general public - and formally denied by China - would not come as a surprise to the States. "Obviously, governments are aware of the existence of these police stations, notes Antoine Bondaz, researcher at the Foundation for Strategic Research. European countries are well aware that Chinese networks are woven internationally to monitor the diaspora ".

According to the NGO's report, 230,000 Chinese accused of crimes were repatriated between April 2021 and 2022. "With the 'United Front' strategy, which is to advance China's interests in the world, Beijing is trying to control the actions and gestures of Chinese living abroad", continues Antoine Bondaz. And through Operation Fox Hunt, which is supposed to tackle corruption, it hunts down all opponents." On the Dutch television channel Nieuws, a dissident residing in the Netherlands said he had received calls from a person claiming to be from the Chinese police station in Rotterdam, who were asking him to return to China.

On sovereign territories, China therefore seems to seek to impose its law, a practice contrary to the Vienna Convention on diplomatic practices. States such as the Netherlands, the Czech Republic and Spain have announced that they are opening investigations.

"The fundamental question is not to know why China is doing this, but why the States concerned let it do so", believes Antoine Bondaz, for whom these countries have made "the political choice to sell off part of their sovereignty".

Beijing also attacks people of Chinese origin who have been able to change their nationality. "Non-Chinese citizens from the Uyghur community are being harassed, threatened and intimidated through many channels," Alexander Dukalskis, professor of international relations at University College Dublin, told VICE World News. A very disturbing phenomenon.