Meeting new people is high on the priority list for first-semester students. 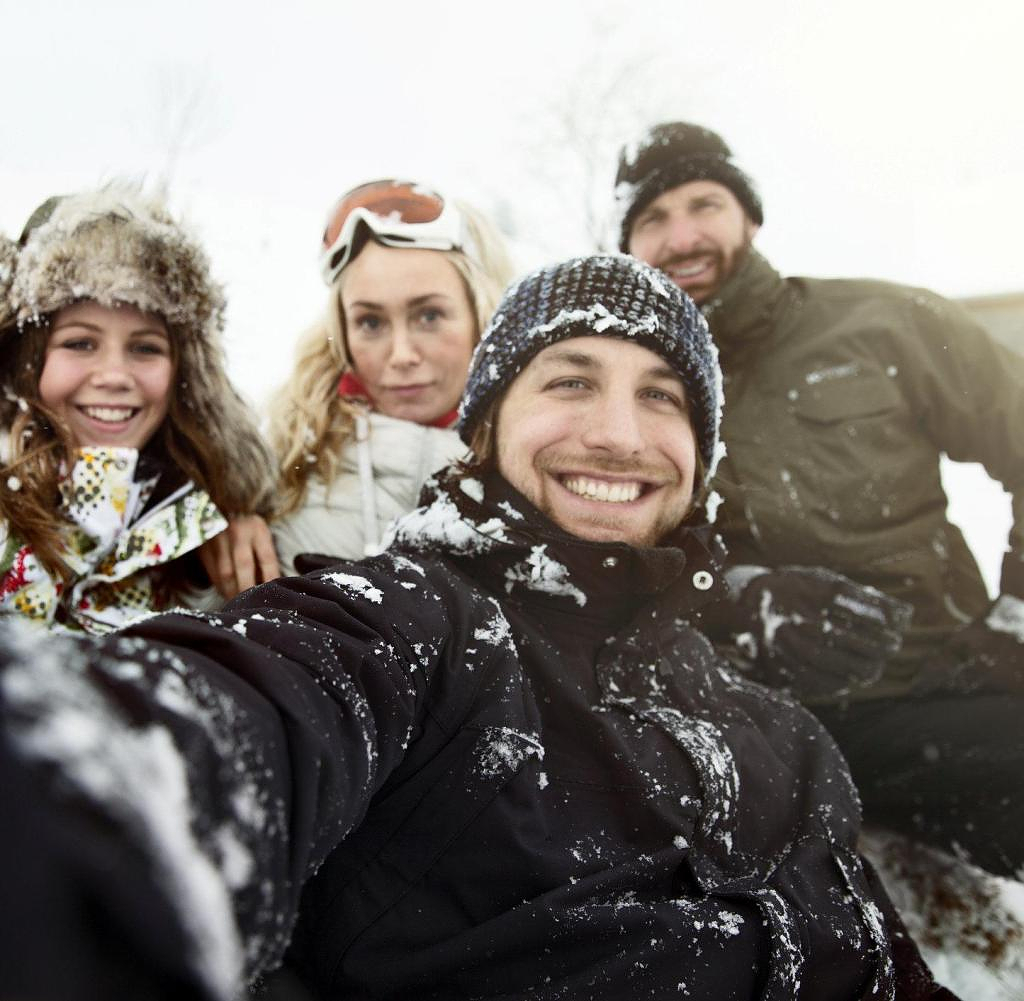 Meeting new people is high on the priority list for first-semester students. It was no different for Tim Römer when he began studying psychology at the University of Frankfurt. But the now 21-year-old had an additional motivation when making contacts. He had just taken part in a training program on social relationships during his studies. And one finding stuck in his mind: Social isolation has a similar or sometimes even greater influence on whether you die early than smoking or being overweight. "That was exciting and surprising," says Römer today. "And it opened my eyes again to how important social contacts are."

In recent years, science has increasingly revealed how important social relationships are to us. Not only so that we feel good, balanced and secure, but also for our health. The insights of psychology can help us form more and stronger social bonds. Because there are a number of tricks we can use to whip our social life into shape.

Whether we meet friends frequently and get a lot of social support or are lonely fighters: How rich or poor our social life is has an impact on our health. A Spanish meta-analysis from 2018 evaluated 35 studies on the topic. The result: loneliness increases the risk of mortality by 22 percent. Many other studies paint a similar picture. Loneliness and social isolation are linked to an increased risk of stroke and heart disease, among other things.

There are good reasons for that. Good quality, supportive relationships lead to better sleep. And sleep is important for physical and mental health. In addition, socially active people are more physically active. Conversely, social isolation and loneliness are associated with harmful inflammatory processes in the body. So it pays to actively control your own social life.

Of course, not everyone finds it easy to establish and maintain contact with others. Tim Römer, the Frankfurt psychology student, helped the university training program on social relationships. "In the seminar we formed groups among ourselves," he says. “I myself joined a statistics study group.” Römer experienced what brings people and groups together. "Regarding my study group, it was important to find common ground and common goals," he says. "We weren't all that good at statistics and strived to pass the statistics exam." This can only be confirmed by Rolf van Dick, who teaches and researches as a social psychologist at the University of Frankfurt. It is said again and again: "Opposites attract." In reality, the opposite is the case. “Things in common, such as shared values ​​or goals, lead to people connecting with one another.”

In order to build relationships, you must first exchange ideas. And if the relationship is not only to remain superficial, but should deepen, one should open up to the other. Tell him, for example, how badly the recent end of a love relationship has affected you. "Telling others something about yourself helps you like them more," explains Rolf van Dick. Because you gave him a leap of faith. "And that is reinterpreted by our brain in such a way that the other person has to be nice," says the social psychologist. "After all, you wouldn't have told him such personal things otherwise."

However, a close relationship with another person is not a one-way street. It is therefore important that the other is a good listener and attentive. One should avoid interruptions and not give unsolicited advice. But really trying to understand the emotional experience that the other person is confiding in you. "When you give something of yourself, the other person feels the impulse to give something back by giving something of himself," says Rolf van Dick. That swings up in a positive sense. If you've done this multiple times, it leads to liking each other. "This positive effect of opening up is well documented," says the social psychologist.

Tim Römer experienced less mutual opening in his study group. Because there was no face-to-face teaching in the winter semester last year due to the corona. He and his fellow students therefore exchanged information mainly via WhatsApp. "It was more difficult to open up this way," says the psychology student. It is then not so easy to confide in others, for example, which tasks you have difficulties with. "It's probably easier to deal with personally." Instead, the Frankfurt students did something different, which strengthened their social ties: they supported each other. "We set ourselves tasks online via WhatsApp and gave each other a helping hand," says Römer.

Social support can take different forms. There is the so-called instrumental support, when friends or acquaintances help you move. At the same time, it is also important to get emotional support. Having someone to cry to. Incidentally, such support leads to more harm than good if one gets the impression that one is dependent on others or that one's friends expect something in return. "Even though you get support, you can easily feel stressed," says Rolf van Dick. However, if you identify with the group that is helping you, you are less likely to have such "paranoid" thoughts and instead feel grateful.

The support helped Tim Römer in several ways. The group saved him from being isolated and falling into a hole during the Corona period. And like the other group members, he mastered the dreaded statistics exam. "When we all passed the statistics exam, we celebrated together over a meal and were happy that the group helped us through the difficult time."

Shared positive experiences also help to build and strengthen social bonds between people. That shows a review from last year by psychologists Casey Brown from the University of California, Berkeley, and Barbara Fredrickson from the University of North Carolina. One thing that the two psychologists filtered out: If you make strangers laugh together in the experiment, this creates mutual sympathy and belonging. This is because by laughing together, they perceive more of a resemblance between them. In couples, moments of laughing together during conversations are associated with better relationship quality. A cocktail of hormones plays a role in this. Positive feelings experienced together can lead to hormones such as oxytocin being released at the same time. These hormones contribute to the bonding between people.

But what if you just don't meet people with whom you could become closer friends? Then it makes sense to expand your own social circle, advises Dave Smallen, a psychologist at the US Metropolitan State University. "For example, by joining a club or doing voluntary work." Activities in which you move physically synchronously with other people, such as singing, are particularly suitable. "It really helps with bonding. Because we naturally feel closer to people with whom we move in step.”

You shouldn't get discouraged too easily either. Building a close friendship takes a dose of patience. "Studies show that it typically takes 200 hours or more for a close friendship to develop," says Dave Smallen. "So if you see someone occasionally, like at the gym or at work, be open to conversation," he says. "Enjoy getting to know the person and be patient -- over time, you may be willing to invite him into your life more."

With Tim Römer, new friendships have developed from the statistics group beyond the exam. Now he hopes that these will last longer.

‹ ›
Keywords:
BeziehungenGeselligkeitEinsamkeitFreundschaftFreundschaftenPartnerschaftenUni FrankfurtRolf Van DickUniversity Of CaliforniaGesundheitApple Podcast
Your comment has been forwarded to the administrator for approval.×
Warning! Will constitute a criminal offense, illegal, threatening, offensive, insulting and swearing, derogatory, defamatory, vulgar, pornographic, indecent, personality rights, damaging or similar nature in the nature of all kinds of financial content, legal, criminal and administrative responsibility for the content of the sender member / members are belong.
Related News