Why companies find it difficult to recruit French engineers 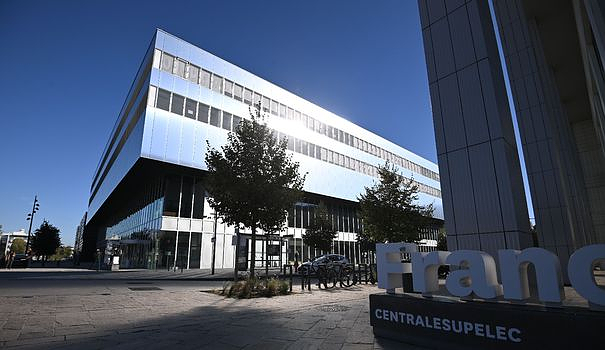 French engineers easily find a job. But, conversely, companies encounter great difficulties in filling their positions. These are the conclusions of the annual survey of the Society of Engineers and Scientists of France IESF conducted among former students of French engineering schools, published and presented this Wednesday, September 14.

"Recruitment and mobility have returned to their pre-crisis level. Activity rebounded sharply in 2021 after the 2020 recession linked to the Covid-19 pandemic", indicates the IESF. The unemployment rate for engineers, at 3.2% including young graduates (2.2% otherwise), "is among the lowest levels recorded", according to this survey, which specifies that the number of engineers was estimated to 1,191,000 at the end of 2021.

Difficulties in recruiting engineers over the period 2014-2021.

On the other hand, the rebound in activity has resulted in a return of difficulties for recruiters: 20% of recruiters questioned "encountered difficulties in recruiting on all profiles, a level unequaled in the last eight years", only 39 % having not experienced any particular difficulty.

The reasons for the difficulties in recruiting engineers and the profiles that posed the most difficulties.

The nature of the difficulties varies according to the profiles sought, specifies the IESF, which cites for example "excessive salary requirements for experts in artificial intelligence or cybersecurity", or a "absence on the market of certain profiles of technical experts". .

The Society of Engineers and Scientists of France IESF notes that if "salaries are stable, even rising" due to "the shortage of talent", there is however "over a long period an erosion in constant euros". The median gross salary is around 60,000 euros with a starting salary of 36,000 euros.

"Companies are having trouble recruiting engineers because we don't make enough of them," summarized Marc Rumeau, president of the IESF, with AFP. Some 38,000 new engineers present themselves each year on the labor market in France, whereas it would take approximately 60,000, according to him. The hydrogen sector would lack 5,000 engineers, the air and space sector 10,000, nuclear power, which is in full recovery, lacks 10,000 engineers and technicians, according to information available to Marc Rumeau.

Regarding this nuclear sector, Marc Rumeau points to the lack of political impetus, echoing the recent remarks of EDF CEO Jean-Bernard Lévy, curtly reframed by Emmanuel Macron on September 5 after his criticisms against the lack of vision the State's long-term nuclear strategy. “We have had our foot on the brakes on nuclear power for 30 years and very strongly for ten years, so we have not recruited and even less trained in these sectors,” laments Marc Rumeau for his part.

The phenomenon of lack of engineers is not new, but it has increased in recent years, due to several factors, according to him. He notably mentioned the reform of the high school which removed mathematics from the common core from the first class and caused a substantial melting of applications, in particular female, a deletion on which the executive promised to return.

Women have remained at a "worrying and stagnant" 28% for a decade, according to the IESF.

The IESF notes that, "endemically, women have remained at a worrying and stagnant proportion of 28% for a decade. Worse, they represent only 13% in digital specialties (STIC)". According to the Society of Engineers and Scientists of France, the obstacles to choosing the engineering profession "remain massively linked to an image that is too masculine ingrained in people's minds despite various initiatives put in place by the French associative body".