Post a Comment Print Share on Facebook
Famagusta 26
DOLLAR 18,59
EURO 18,54
GOLD 1.027,07
BIST 3.458,03
Also two are a band
"My freedom is curtailed because I have to fear that I will be silenced"
This Russian explained to Hitler – does his film also help to understand...
This is how the press council evaluates the WELT guest contribution “How...
The last word of the piece is "Auschwitz"
In the prison wing for hopeless cases
Just like Emperor Augustus used pictures as a means of communication
Only psychoanalysis has the answer to our problems
The best French conductor is moving to Baden-Baden
The German spirit and I

Why buses are waiting in Ile-de-France this summer

Randomly in the streets of Paris Thursday evening, it was necessary to wait 29 minutes to take the bus 95 - however an important line - to the Louvre, and 42 minutes for the following. 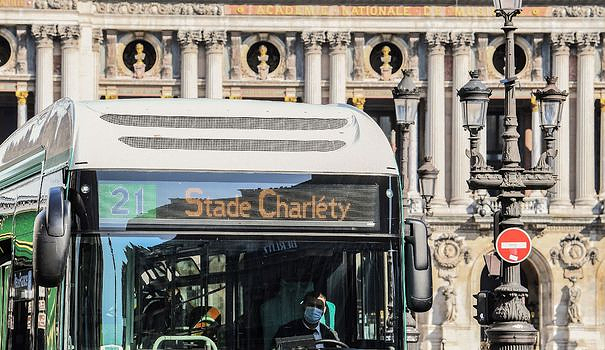 Randomly in the streets of Paris Thursday evening, it was necessary to wait 29 minutes to take the bus 95 - however an important line - to the Louvre, and 42 minutes for the following. Knowing that the previous one had already visibly passed for some time... The time sheet nevertheless indicates an interval of eight to 12 minutes.

"Taking a bus without excessive waiting is more and more of a feat", lamented the association of users FNAUT Ile-de-France, while its counterpart More trains, leaving its usual railway domain, denounced lunar waiting times.

"Long live the march! There are people on vacation in August, but there are also plenty of people who are there and cannot wait 30 to 60 minutes for their bus", alerted the association.

“We are in a particularly difficult situation which is linked to the shortage of personnel” among operators, observes Laurent Probst, the general manager of Ile-de-France Mobilités (IDFM).

"What was alarming in May-June becomes very worrying in July-August," he laments.

It is especially the RATP, operator of buses in the heart of the agglomeration, which is concerned.

Contacted by AFP, the Régie first highlights the reduction in the offer, defined by IDFM, during the summer. It also evokes the impact of the many road works, which can lengthen the routes of the buses.

Another explanation related to the heat this year: "The break time for bus drivers has been adapted between two departures to allow them to cool off and hydrate, in accordance with health recommendations", which had not been planned. ... and has obviously not been corrected since the RATP indicates that "these measures may occasionally reduce the offer offered to travelers".

Finally, the RATP says it is facing "unprecedented difficulties in recruiting bus drivers".

"All of these reasons, which can be combined on certain lines, can generate operating difficulties", modestly concludes his argument.

"It's a real problem that worries us", underlines Laurent Probst at IDFM. Operators began to run out of drivers during the Covid-19 health crisis due to sick leave, and the situation hasn't improved since, he says. "In July-August, it exploded, and it led to the cancellation of races, even temporary interruptions of entire lines."

The lack of manpower has melted the reserves of drivers, making the slightest hazard more sensitive, as soon as someone is sick for example.

The current disorders can also be explained by the recent overhaul of working conditions for bus drivers at the RATP, which has demotivated the troops, according to Arole Lamasse, secretary general of the UNSA-RATP.

As elsewhere in France, the operators (RATP, Transdev and Keolis, above all) seek to recruit, and make it known, co-optation bonuses and funding for training support. "Today, they are not very optimistic", notes the leader.

“The question we are asking at Ile-de-France Mobilités is how we can have so many disruptions when only 6 to 8% of the staff are missing”, he continues.

"All the operators really need to mobilize so that this lack of drivers has the least possible impact on the regularity of the lines, that there is at least 90% of the service. It's a human resources problem!" 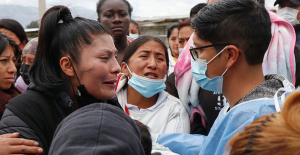 Ecuador: continuation of bloody violence in a prison 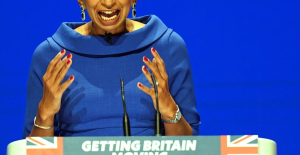 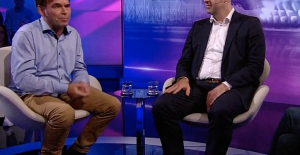 "There is no good solution," says economist...