Anyone born before the 1980s will still be familiar with the four letters CFC. 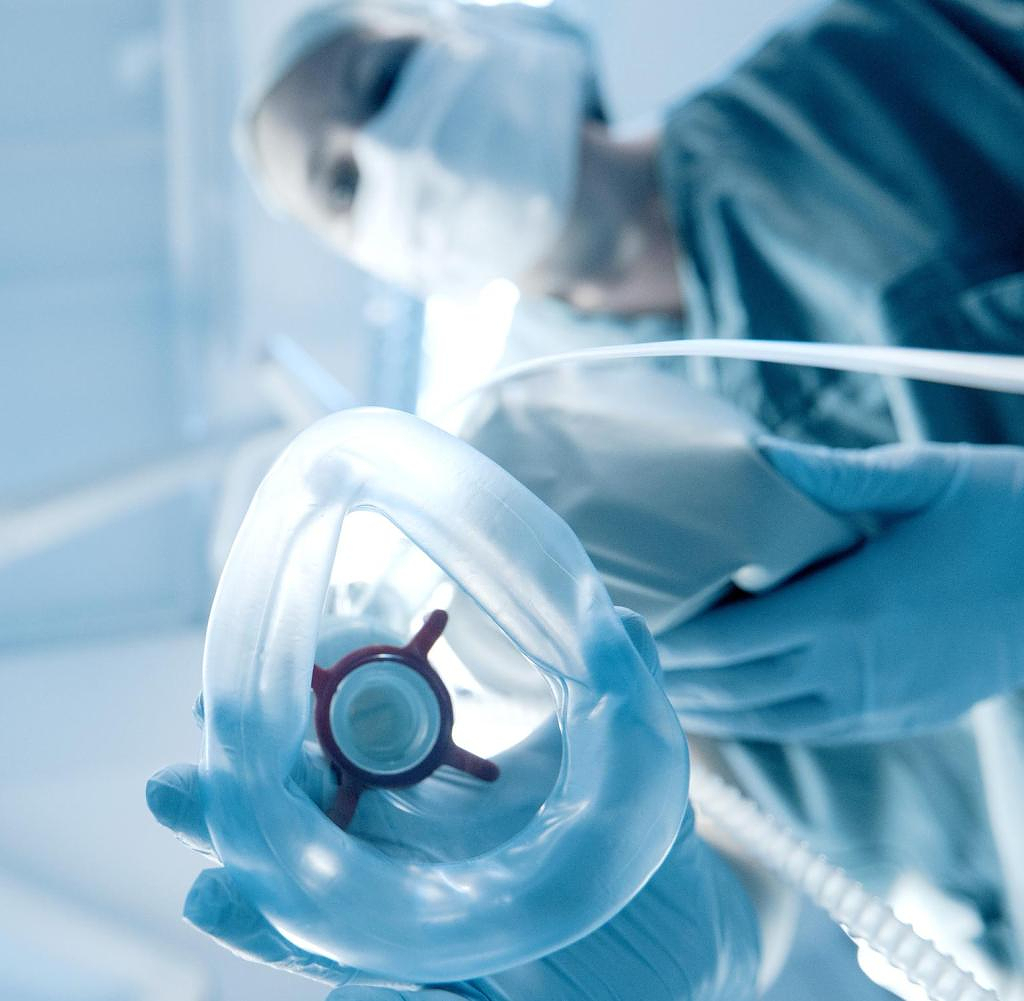 Anyone born before the 1980s will still be familiar with the four letters CFC. Up until the mid-1990s, chlorofluorocarbons were found in many everyday objects – from fire extinguishers to hairspray cans. The gases have been banned in Europe since 1995, and the last countries in the world had to stop production in 2010.

Because CFCs are considered highly potent greenhouse gases that increase the greenhouse effect and damage the ozone layer. But despite the ban, tons and tons of a specific CFC are released into the atmosphere every year, largely unnoticed; that of the anesthetic gas isoflurane. Also in Hamburg.

Isoflurane is one of the standard means of maintaining anesthesia. In Hamburg, around a third of all anesthetics in hospitals were carried out or supported with anesthetic gases last year. In addition to isoflurane, the most common inhaled anesthetics are the two fluorocarbons (HFCs) desflurane and sevoflurane. The Hamburg Senate gives the total number of anesthetics with gases at the request of the left at 75,000 per year.

The reason for the high number is easy to explain: modern anesthetic gases, introduced in the mid-1980s, have made operations safer worldwide. Unlike with anesthetic drugs that are injected, a doctor can easily monitor how deep his patient's artificial sleep is by measuring the concentration of gases in the exhaled breath.

The problem: the majority of the anesthetic gases used during an operation are exhaled by the patient. Since the gases are hardly metabolized by the body, the exhaled air still contains unchanged anesthetic gas. In the vast majority of hospitals, the gases are extracted directly from the operating room and released into the atmosphere unfiltered. But can the harmful but vital substance be replaced in everyday hospital life?

Anesthetic gases are among the worst climate polluters worldwide. The global warming potential of isoflurane, for example, is estimated to be 510 times that of carbon dioxide. Desflurane is 2,540 times more harmful to the climate than CO2, and sevoflurane is still 130 times more harmful.

Various clinics, such as the UKE, have therefore completely banned the drug desflurane from their operating rooms. Isoflurane is only used during intensive care, but no longer in anesthesiology, according to the Senate's response to the Left Party's request.

The situation is similar in the clinics of the Asklepios Group. In the clinic in Barmbek, for example, desflurane and isoflurane are not used in anesthesiology. In the other clinics in the group, the use of the two substances, which are considered particularly harmful to the environment, has also been declining for years, explains spokesman Mathias Eberenz.

They are often replaced by the less environmentally harmful sevoflurane. In addition, care is taken to use as few gases as possible or to recover them using filters. "The anesthesiologists have their own interest in being up to date with the latest technology - also in relation to climate protection," says Eberenz.

And the UKE has also been working towards reducing the consumption of inhaled anesthetics for years. There have been special training courses for the employees and the use of minimal-flow anesthesia is increasing, the Senate replies to the request of the left.

This method delivers less anesthetic gas to the patient than the high-flow method by reducing the flow of air under the anesthetic. As a result, less anesthetic gases are consumed. According to the climate footprint, which the UKE had determined for the first time in 2020, despite the reduced use of gases, there were still emissions that corresponded to 595 tons of CO2, slightly more than the hospital produces through its waste (560 tons of CO2).

For left-wing politician Stephan Jersch, however, it is not enough to leave the responsibility to the clinics alone. He asked the Senate about the use of anesthetic gases and expressed his disappointment with parts of the answer in an interview with WELT AM SONNTAG.

Baden-Württemberg goes much further there. In the future, anesthetic gases will no longer be blown unfiltered into the atmosphere there. In the summer, the local Ministry of Health was the first federal state to ask the university hospitals in the state to filter and recycle the anesthetic gases. The then Science Minister Theresia Bauer (Greens) appealed to the private clinics in the country to do the same as the university clinics. She also announced that she would campaign for a nationwide ban on climate-damaging anesthetic gases without filters.

Inhaled anesthetics caused around half of the greenhouse gases produced in the operating room and 35 percent of the direct emissions of an entire hospital, explained Bauer. "Therefore, their reduction is of relevant importance in the implementation of the climate protection goals". In Baden-Württemberg, it is hoped that measures against anesthetic gases will save around 1,250 tons of carbon dioxide per year. The cost of a filter would be around 400 euros.

Left-wing politician Stephan Jersch wanted to know from the Senate whether there were similar efforts in Hamburg to those in southern Germany. According to the response from the Senate, the plans in Baden-Württemberg were only known through the inquiry. The exchange of information on climate measures does not seem to work particularly well between the countries, states Jersch.

He calls on the city to deal more closely with the issue and to approach the hospital operators in a targeted manner in order to agree on necessary renovation measures in their operating rooms or to oblige them to refrain from using the most climate-damaging anesthetics. According to Left Party MP Jersch, the cost estimate from Baden-Württemberg indicates “that promoting the replacement of gases or their filtering is one of the 'low hanging fruits' that is so often sought after, i.e. a measure that makes a measurable contribution with little effort for climate protection.”

‹ ›
Keywords:
EuropaGrüneHamburgTexttospeechKrimiWittegenanntVedderJuliaUKEKlimaschutzFCKW (Fluorchlorkohlenwasserstoffe)NarkoseOperationenKohlendioxid LinkeNarkosegases IsofluranNarkosegasenAnästhetikaGase
Your comment has been forwarded to the administrator for approval.×
Warning! Will constitute a criminal offense, illegal, threatening, offensive, insulting and swearing, derogatory, defamatory, vulgar, pornographic, indecent, personality rights, damaging or similar nature in the nature of all kinds of financial content, legal, criminal and administrative responsibility for the content of the sender member / members are belong.
Related News