Who is Alla Pugacheva, Russian superstar and critic of the war in Ukraine? 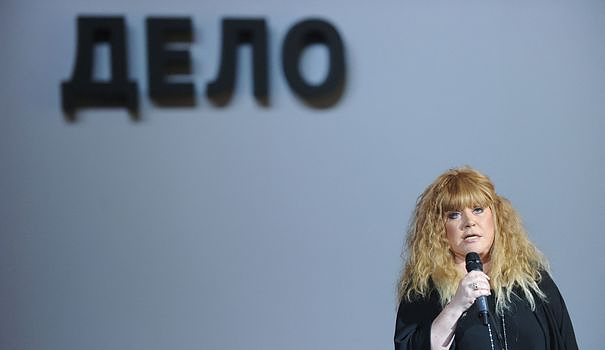 On his Instagram account, nearly 650,000 likes, thousands of applause emojis, and a lot of hate. Followed by nearly 3.5 million people, Alla Pougatcheva, has just denounced the war in Ukraine, this Sunday, on the platform. Variety superstar for decades, this 73-year-old Russian is thus taking the risk of cutting short her career, or even ending up in prison, while the Kremlin, cornered by the recent military successes in kyiv, tries to repress all criticism.

On the post of this figure from the former Soviet bloc, the comments are linked by the thousands. Many Ukrainians, and Russians agree, and express their gratitude in Cyrillic for what they consider to be courage. Others insult what they believe to be a traitor to the nation. In Russia, it is forbidden to relay any information contrary to the propaganda of the regime, under penalty of 15 years in prison. Several Russian artists who denounced the conflict saw their concerts canceled in the country.

Alla Pugacheva, whose career began in 1965, ignored this threat and castigated Russian soldiers who died "for illusory purposes". A courageous position on the part of the one who won the Intervision Song Contest in 1978 representing the USSR. And vindictiveness, driven by a mixture of indignation and love, the fuel of rebellion. On Friday, her husband, comedian Maxime Galkine, was placed by Putin on the infamous list of "foreign agents" in Russia.

Open critic of the military campaign in Ukraine, Maxime Galkine, who lives outside Russia, would like for his country "freedom of expression and an end to the death of our boys for illusory objectives which make our country a pariah and weigh on the lives of our citizens", she explained, before asking to be on this list too, in a message addressed to the Russian Ministry of Justice.

Alla Pougatcheva reigns since the Soviet period on Russian-speaking pop and she is still considered one of the most famous singers of the former USSR, and beyond. During her career, she toured in the United States, Germany, Switzerland, India, France, Italy, Hungary, Sweden, Yugoslavia, Romania, Israel, Poland, Finland, Japan , North Korea, Australia. Among others.

Alla Pugacheva met President Vladimir Putin on several occasions, but never openly supported him. Recently, she passed through Moscow again and was seen on September 3 at the funeral of the last Soviet leader, Mikhail Gorbachev, who had tried to introduce democratic reforms in the 1980s. She had not spoken publicly about the conflict until here. However, Russian media reported that she left Russia after the offensive began.