As usual, the Day of German Unity was celebrated again this year at the German Embassy in Warsaw. 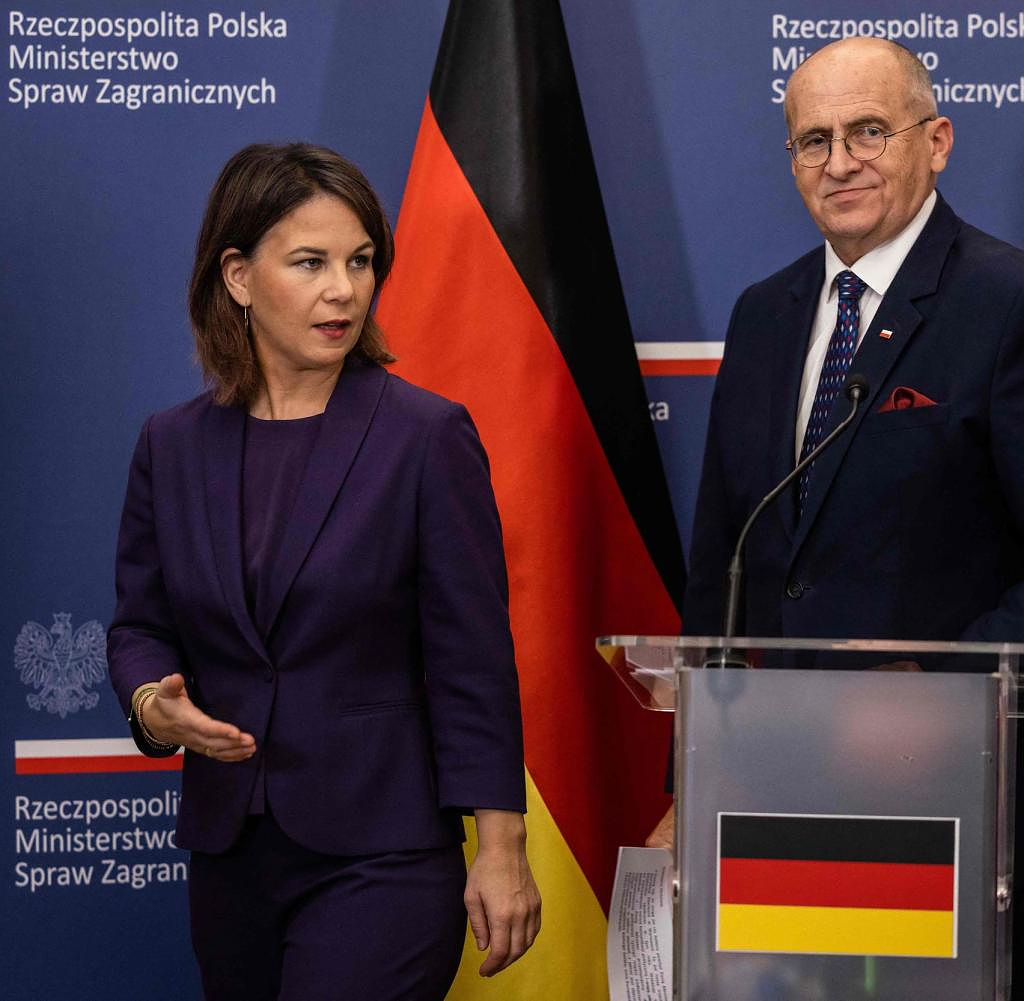 As usual, the Day of German Unity was celebrated again this year at the German Embassy in Warsaw. On the evening of October 3rd, many prominent politicians from Berlin were to be found in a tent in the garden, including Foreign Minister Annalena Baerbock. She had arrived for the celebrations before the meeting with her Polish counterpart Zbigniew Rau and her participation in a security conference on Tuesday.

This Day of German Unity, however, could be remembered by many as the "Day of German Reckoning". Among the guests, the Polish government's demands for reparations from Berlin were the main topic. A few hours earlier, Foreign Minister Rau had signed a diplomatic note in front of the cameras of Polish television.

This will be "handed over to the Foreign Ministry of the Federal Republic of Germany," Rau explained on Monday, thereby ratcheting up expectations. Will the minister even hand over the note directly to Baerbock, which Poland would formally ask Germany to pay for World War II if it were handed over? How will the German react?

On September 1, a long-awaited report on crimes committed by Germans in Poland during World War II was presented at Warsaw's Royal Castle. It was developed by a parliamentary commission set up in 2017. The result: The "material" and "immaterial" damage, as it is called, amounts to the equivalent of 1.3 trillion euros. It is an unimaginably large sum that Germany is supposed to pay.

In a report, Poland put the damage caused by Nazi Germany in World War II at the equivalent of more than 1.3 trillion euros. The chairman of the national-conservative governing party PiS, Jaroslaw Kaczynski, spoke of “enormous damage” to this day.

In a next step, a corresponding grade must be sent to Berlin. Foreign Minister Rau signed this on the German national holiday of all times. A process that many of those present at the embassy in the evening noticed as a tip against the federal government. But was the note also transmitted or was it all just a show for the Polish cameras and the electorate of the national-conservative ruling party Law and Justice (PiS), most of whom support demands for reparations?

During the joint press conference by Baerbock and Rau, this is not really clear at first. At least Rau did not present the note to the German foreign minister in front of the assembled journalists – which some had suspected. Then Baerbock says in a somewhat cryptic way: "Yesterday we saw on television that a letter was on its way to Berlin." It was therefore not presented to Baerbock personally.

That should have been in the sense of getting out. Like all members of the government, the Pole is a clear supporter of reparation claims. But he is less blustering than many of his fellow party members. He should get along well with Baerbock, who has been to Warsaw three times this year. She politely calls him by his first name, "Zbigniew".

For the federal government, this means that Poland is a decisive step further in terms of reparation claims. In any case, in Warsaw, Baerbock sticks to the well-known formula of the federal government, namely that Germany stands by its "historical responsibility" - but 1.3 trillion euros should not be paid. It has been Berlin's attitude since Angela Merkel's chancellorship: Germany is morally obliged to Poland, but legally the question of compensation has been finally clarified.

It is unclear whether the federal government can still stick to this formula even after the diplomatic note has been received. Because the whole thing is no longer a playing field for Polish domestic politics, but a bilateral dispute.

Even if there is no court that could make a judgment on the matter, it is conceivable that the pressure on Berlin will increase and the federal government will have to react differently to the issue, for example formulating counter-proposals. One thing is certain: the topic will continue to strain the already difficult German-Polish relationship.

‹ ›
Keywords:
PolenPolitikReparationenZweiter WeltkriegBaerbockAnnalenaWarschauPolenKarriereZbigniew RauAnnalena BaerbockAngela MerkelReparationsforderung
Your comment has been forwarded to the administrator for approval.×
Warning! Will constitute a criminal offense, illegal, threatening, offensive, insulting and swearing, derogatory, defamatory, vulgar, pornographic, indecent, personality rights, damaging or similar nature in the nature of all kinds of financial content, legal, criminal and administrative responsibility for the content of the sender member / members are belong.
Related News