The trio of social media networks that Mark Zuckerberg leads, WhatsApp, Facebook, and Instagram, are now back from their worst ever global decline. 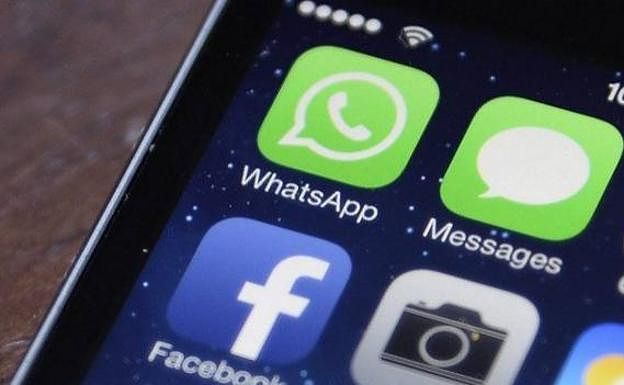 The trio of social media networks that Mark Zuckerberg leads, WhatsApp, Facebook, and Instagram, are now back from their worst ever global decline. The digital blackout left more than 3,500 million people without internet access for six hours. Why did it happen? Some computer experts believe that this global failure could be due to a problem with the domain systems (DNS), which translate domain names we use daily, like facebook.com.

Diego Suarez (Director of Technology at Transparent Edge Services) has suggested that the cause of the downturn could be a DNS issue. Browsers and apps won't be able to find the servers that provide social media content without these logs. He pointed out that it is the internet postal service. Experts believe that these are significant changes in the infrastructure for the social network. BGP routes have been withdrawn as another step to allow devices to access platforms from the American company.

"Facebook removed their routes from BGP's ad system at 17:50 Spanish, and thus removed themselves from the Internet. The DNS servers that translate domain names into IP addresses were made inaccessible by Facebook, resulting in the downtime of all its services. He explained that if Facebook decides to pull its business off the Internet for any reason, it should follow this path *.

BGP, or Gateway Protocol, is the acronym for the internet postal system. This protocol is used by providers to know how to send network packets," explains the specialist. He points out that Facebook took its routes from BGP in the afternoon for unknown reasons, which meant it went offline. It caused the DNS servers that translate domain names into IP addresses to become inaccessible to the rest the network, resulting in a drop in services.

Suarez believes that the most likely cause is a configuration error that caused a domino effect on the autonomous Facebook system responsible for maintaining these routes. The more than 2,000,000,000 WhatsApp users and the 2,500,000,000 Facebook accounts were not able to function for more than six hours.

Expert compares it to leaving your house keys without a copy. Access would be dependent on a validation hosted by the company's servers. Although it is possible to access the BGPs, the sites where they are stored are extremely secure and have super restricted access protocols>>.

The digital services panel Down Detector" picked up the incident. This problem affected all content uploads (e.g. photos, comments, posts and messages) to Facebook and Instagram as well as WhatsApp messaging.

"Excuse us, something is wrong. Users who wanted to access Facebook were only given one message: "We are working on it, and we will fix it as quickly as possible." The Facebook spokesperson on Twitter admitted that "we know many people have difficulty accessing our products and applications", but did not provide further details. The company then accused him at the New York Stock Exchange. It closed with a 4.9% drop, which is a loss equivalent to 7,000 million dollars.

Facebook stated in a statement that the root of the problem was a system configuration issue and not an attack against its autonomous network. The New York Times, citing anonymous workers, stated that the company had ruled out the possibility of the latter. This is his worst failure since 2008.

This is not the first instance of this happening. In March 2013, 90% of users on its three platforms went without internet access for more than an hour. The company is under intense public scrutiny after a series articles based on internal company reports were published in The Wall Street Journal. The documents show that Instagram is particularly harmful to some of its younger users. They also reveal that Instagram "exacerbates" the body image problems one third of girls have.

Telegram, a popular digital messaging network that saw its users grow significantly, was one of those who profited from the technological evils of Monday. It caused technical problems because of excessive demand.

‹ ›
Keywords:
CaidoWhatsappFacebookInstagram
Your comment has been forwarded to the administrator for approval.×
Warning! Will constitute a criminal offense, illegal, threatening, offensive, insulting and swearing, derogatory, defamatory, vulgar, pornographic, indecent, personality rights, damaging or similar nature in the nature of all kinds of financial content, legal, criminal and administrative responsibility for the content of the sender member / members are belong.
Related News