What is the fashion trend with the unbuttoned jeans?

“Excuse me, your fly is open”: It is better to refrain from such kindly meant comments in the future. 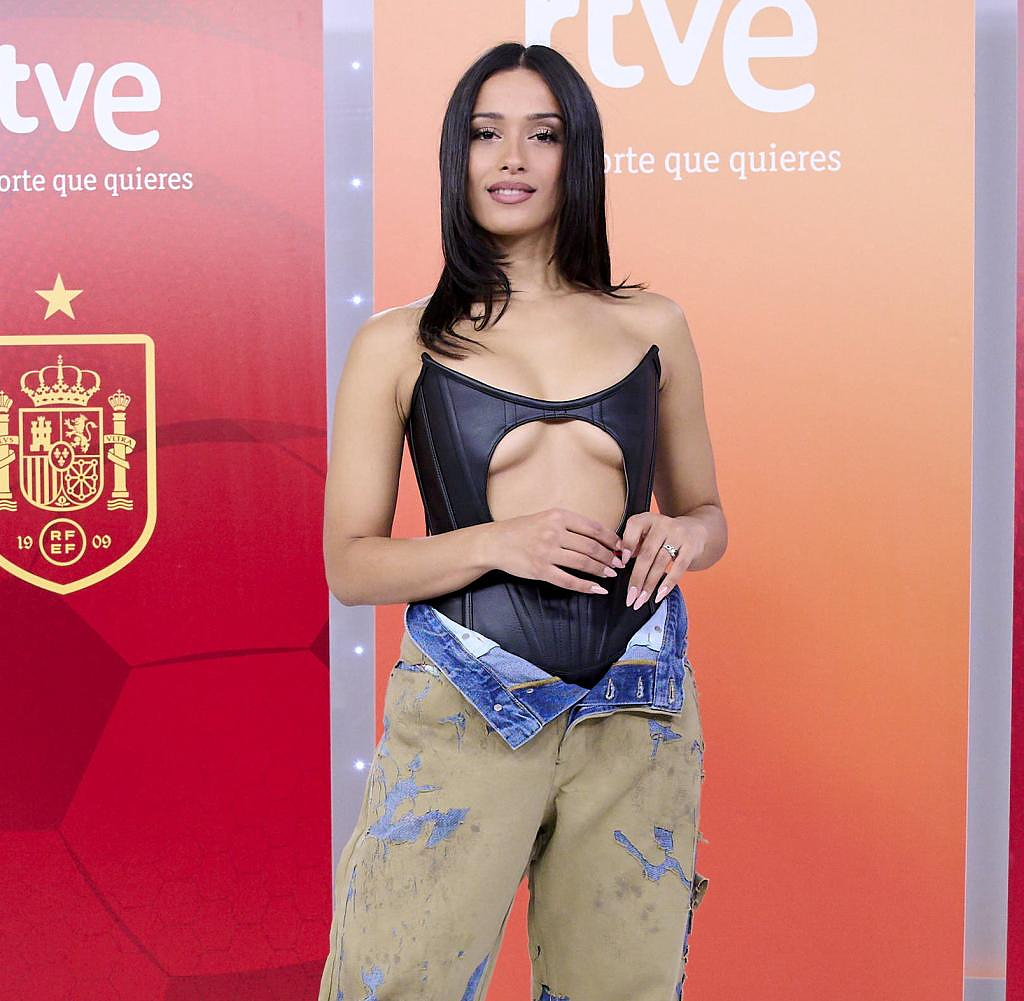 “Excuse me, your fly is open”: It is better to refrain from such kindly meant comments in the future. Because while you were once very likely to be ridiculous with open trousers, today there could simply be a new fashion trend behind it. It originated on the streets of New York and has now also arrived in Berlin. Some Generation Z women (born between 1995 and 2010) are now walking through the metropolis with their jeans open, not because they forgot to button them when they got dressed in the morning, but with full intention.

But if nothing slips down there, one could legitimately ask oneself. Taking a closer look at the trend, it becomes clear that wearers of this look leave at most a button or two undone on the waistband, then simply turn it up to create a kind of self-rolled hipsters.

Now, the return of hipsters is terrifying for many women, especially those who have been following the trend since their teens. For the third season in a row, the Italian label Miu Miu is presenting hipster trousers in a wide variety of designs, such as pleated trousers or leather trousers. American designer Tom Ford, who pioneered this aesthetic in the '90s, rolled out low-rise jogging-style hipsters for winter and low-rise, skinny stretch versions for summer.

The British label Alexander McQueen probably presented the extreme extent of hipsters with an indigo blue “bumster jeans”. The name says it all. The word "Bumster" derives from Bum, which translated into German means Po and is an allusion to the fact that the jeans sit so low that even the beginning of the buttocks can be seen. For some, this is only questionable for aesthetic reasons. But as we all know, tastes can be argued about.

What's more disturbing about the fashion trend is that it comes with a body image of the '90s and 2000s that we thought was long gone. The Prêt-à-Porter labels mentioned above sent very thin models down their catwalks in hipster pants. In addition, top model Bella Hadid is presenting herself with a sinewy six-pack in extra wide hipster jeans in the current autumn/winter campaign by Balenciaga, reminiscent of the Calvin Klein campaigns with skinny Kate Moss from the 90s.

This prompted the New York Post to predict a return to "heroin chic" as a beauty ideal. What is meant by this is the anorexia of this era, which declared women with unhealthy body measurements such as size zero to be the ideal of beauty and crash diets to be a lifestyle worth striving for. “Today, hipsters are no longer up-to-date. The icons of the 2000s, such as Christina Aguilera, Britney Spears and Gwen Stefanie, starved into the skin-tight pants with a low waist,” says Munich-based stylist and fashion journalist Jana Gutsche. "Neither then nor now did they correspond to the reality of the average female body."

Unbuttoned jeans, which incidentally are also a relic of the 2000s era, stand for a new body image today. "You shouldn't conform to your clothes, your clothes should conform to you," is a slogan that went viral on TikTok. 18-year-old New Yorker and film student Tess McNulty sees the unbuttoned jeans trend as a response to the body-positive TikTok movement. "You don't have to feel bad if your pants don't fit anymore," she told the New York Times. "Just wear them unbuttoned and it'll look cool and sexy."

But even the generation of women beyond TikTok no longer want to submit to unrealistic ideals of beauty. “Most women have long embraced clothing that empowers them rather than limits them. These are women who want to create something and need sufficient freedom of movement to do so,” explains Jana Gutsche. "If you let go of the button on the waistband and casually turn the whole thing up, you can easily adjust your pants to your body size."

However, the stylist is by no means an unreserved opponent of hipsters, because they can also have a liberating effect on their wearer. Cargo trousers and baggy jeans, which by the way are also celebrating a revival from the 2000s, correspond much more to the image of the woman who tackles things and makes a difference. "The worker's pants can then also sit casually on the hips so that nothing pinches or constricts," says Gutsche.

Tess McNulty agrees that hipsters shouldn't be reserved for very thin people anymore: "I think there's a new movement and a lot of people are saying, 'Wear what you like, curves are sexy, you don't need a flat stomach, um To be able to wear low-rise jeans.'”

When top model Paloma Elsesser (dress size 44) posts a holiday photo off the international catwalks that shows her in a sparkling bikini top paired with cargo pants that sit casually on her hips, then she is probably the best example of that Women have outgrown the "heroin chic" 2022 in the truest sense of the word.

Jana Gutsche explains how the fashion trend could also appeal to the older generation. She considers neither unbuttoned jeans nor hip jeans in combination with crop tops to be suitable for everyday use. "Only teenagers would like this look," she says. She recommends combining the low-slung pants with bodysuits and wide shirts. However you want to wear the pants, one thing is certain: the unbuttoned jeans are further proof that fashion has become democratized and that the catwalks of the established labels and traditional houses no longer dictate the ideal of beauty.

‹ ›
Keywords:
ModeDamenmodeHosenNew York CityBerlinJeansTiktokNew YorkNew York PostHüfthosenHosenstall
Your comment has been forwarded to the administrator for approval.×
Warning! Will constitute a criminal offense, illegal, threatening, offensive, insulting and swearing, derogatory, defamatory, vulgar, pornographic, indecent, personality rights, damaging or similar nature in the nature of all kinds of financial content, legal, criminal and administrative responsibility for the content of the sender member / members are belong.
Related News