What happens to the forgotten Uyghurs in Thailand? Bangkok's "dilemma"

"It's a dilemma for the authorities" in Bangkok, caught between China and the United States, their partners in disagreement on this file, underlines Zakee Phithakkumpol, Thai senator. 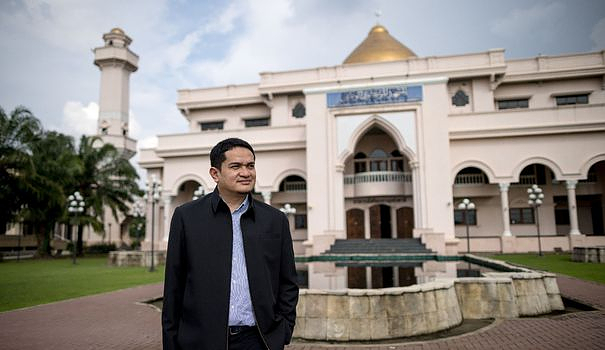 "It's a dilemma for the authorities" in Bangkok, caught between China and the United States, their partners in disagreement on this file, underlines Zakee Phithakkumpol, Thai senator. He urges the international community to "prompt."

Because 52 Uyghurs, according to NGOs, 59, according to the senator, arrested in Thailand for the most part in 2013 and 2014, have been living for several years in centers intended for illegal migrants awaiting deportation.

They are part of the Uyghur Muslim minority, target in China of a "genocide" according to the United States - an accusation that Beijing disputes, suspected of interning in "camps" at least a million people.

In Thailand, neither their number nor where they are being held is unclear, as the Thai immigration service did not respond to AFP's requests.

"They are considered a threat to the security of the country. No one has an answer on how long they will stay there," said Chalida Tajaroensuk, head of a human rights association (PEF ).

One of the last official communications dates back to July 2015 when the Thai government confirmed that it had sent back to China "one hundred" Uyghur refugees arrested a year earlier.

A month later, a bomb exploded in the center of Bangkok, killing 20 people, an attack attributed to a pro-Uyghur group in retaliation - the trial of the two main suspects is due to resume Tuesday in Bangkok.

Around 170 Uyghurs, a Turkic-speaking people, were also redirected at the same time to Turkey, one of the main defenders of their cause against Beijing.

In July, three of them escaped from a detention center in the province of Prachuap Khiri Khan (south). Two were found, according to Ms Tajoaroensuk.

“What is it like to live in this kind of prison cell for almost ten years?” asks Senator Zakee Phithakkumpol, one of the leaders of the Central Islamic Council, representing the 7 to 8 million Muslims in Thailand.

"There are sick people, old people and very young people. They are beaten by the police, or by other detainees, because nobody pays attention to them", assures Abdullah Sami, who was in contact with them. until recent months.

This 35-year-old Uyghur, who fled China in 2013, lived two and a half years in Thailand, before finding refuge in Austria, where he now works in a restaurant.

"They are waiting for good news, from the United Nations, from Turkey or other big countries. I told them with sadness that there was nothing for them", he explains.

Thailand, which has not signed the 1951 Refugee Convention and is regularly singled out for its policy of almost systematic return of refugees or asylum seekers, has closed the door to them.

"The inhumanity of Thailand (...) is absolutely shocking. If there is a hell on earth, Thailand has created it for these Uyghur detainees", reacted Phil Robertson, deputy director for Asia for the NGO Human Rights Watch.

Where then to return them?

Bangkok, host of the next summit of the Forum for Asia-Pacific Economic Cooperation (Apec) in November, faces a "dilemma", according to Mr. Phithakkumpol.

China is asking for the return of its nationals. But responding to him favorably would amount to alienating the United States.

Thailand is used to sailing in contrary currents, assures Thitinan Pongsudhirak, professor of political science at Chulalongkorn University in Bangkok.

"Lately, Bangkok has rebalanced its relations between Washington and Beijing, rather by getting closer to the United States. There is less pressure than before to send them back to China," he analyzes.

The kingdom has joined the new Asia-Pacific Partnership (IPEF) launched by US President Joe Biden to counterbalance China, which has "lost ground due to its zero Covid policy", he notes.

This summer, eight Thai human rights organizations called on Bangkok not to send these refugees back to China.

Contacted by AFP, the spokesman for the Ministry of Foreign Affairs indicated that the position of the kingdom "remained the same", without further details.