Week of ONCE at Baza

ONCE Week is an opportunity for ONCE to showcase the work it does every day. 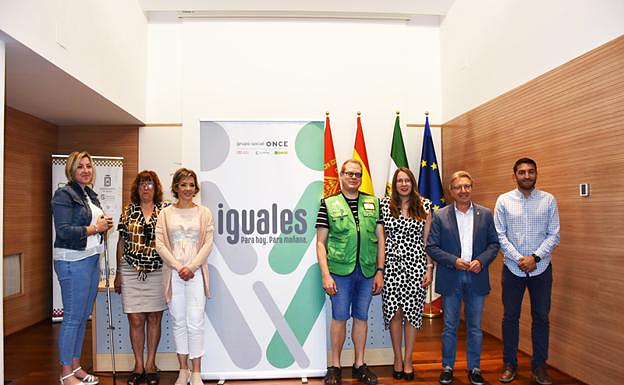 ONCE Week is an opportunity for ONCE to showcase the work it does every day. The activities in Baza take place all week. They include raising awareness about braille reading and writing, informative actions on low sight, a march for disabled people, and a Sports Day where they will take part in affiliates from Granada Jaen and Almeria.

According to the mayor of Bastetano, the final days of this week strengthen the municipality's will to promote inclusive sport. This was one of the factors that led to the city being declared a European Sports Village. He believes that the week serves to raise awareness and strengthen cooperation with the City Council to make the city more accessible.

Estela Sanchez explains how this initiative, which was started in Andalusia is now celebrating its fifth edition. It is calling itself "ONCE Social Group Week" for the first time. It is expected that it will be held next year at the national level. She explains that "It is important that cities be adapted so that we can walk that path together; thus the importance of the march for disability with whom we intend that everyone understands how it feels to someone walking through the city and encountering barriers," she says. It also highlights the ONCE Zone Directorate For Baza's commitment to the celebration of a Sports Conference at the Municipal Sports Pavilion this Saturday, starting at eleven AM. Members from Granada Jaen, Almeria, and other countries will be participating, as well as the display of different sports modalities.

The willingness to collaborate and future collaborations in sports, as well as in other areas such tourism and culture were highlighted by Manolo Gavilan, the mayor of the City, and Mariana Palma and Antonio Vallejo the councilors for Social Welfare and Sports. They promise to adapt the facilities and the city in order to promote mobility for people with disabilities.

Tomorrow, Wednesday, is a day of awareness raising at the Once headquarters, Baza. Activities for schools and associations.

‹ ›
Keywords:
SemanaOnceBaza
Your comment has been forwarded to the administrator for approval.×
Warning! Will constitute a criminal offense, illegal, threatening, offensive, insulting and swearing, derogatory, defamatory, vulgar, pornographic, indecent, personality rights, damaging or similar nature in the nature of all kinds of financial content, legal, criminal and administrative responsibility for the content of the sender member / members are belong.
Related News