“We will not tolerate authoritarian pressure”

Minister of State for Culture Claudia Roth has sharply condemned calls for a boycott by the anti-Israeli BDS movement against the Berlin Festival Pop-Kultur. 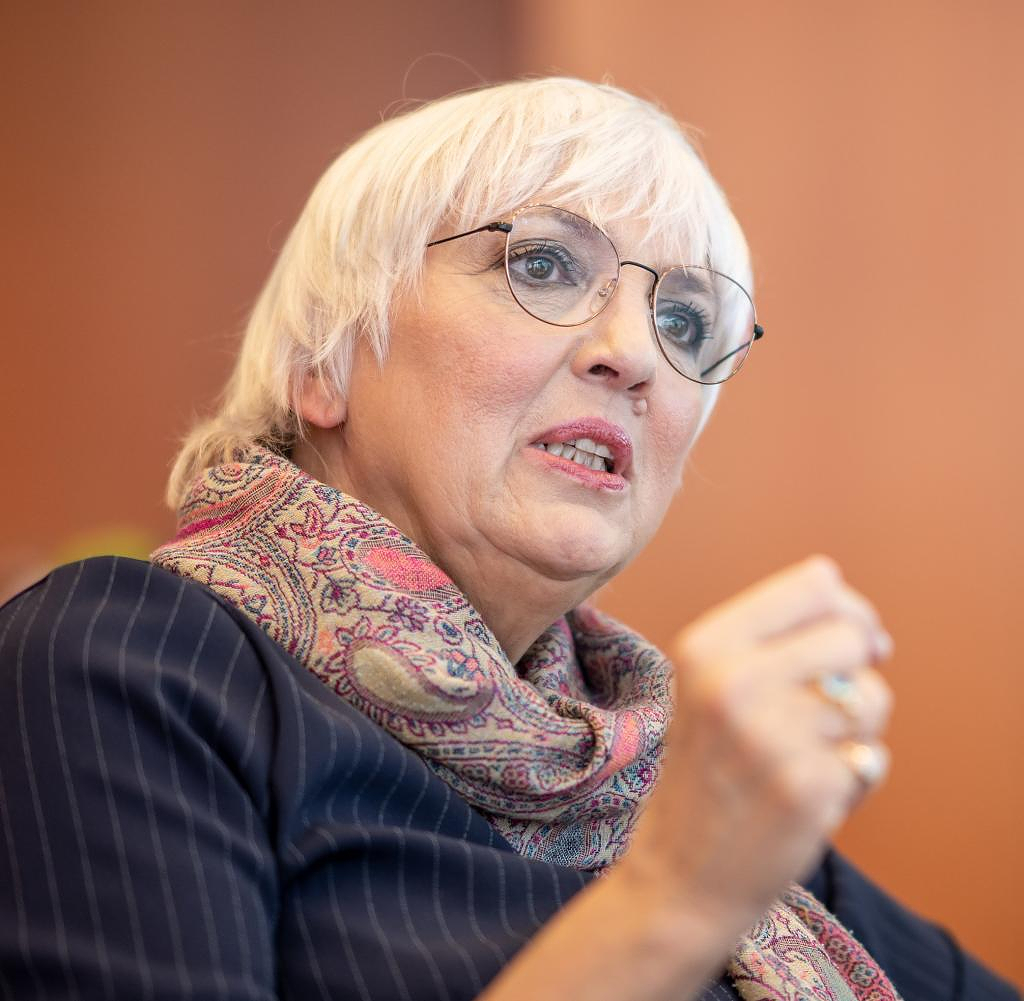 Minister of State for Culture Claudia Roth has sharply condemned calls for a boycott by the anti-Israeli BDS movement against the Berlin Festival Pop-Kultur. "I can't regret cancellations and boycotts at all," said the Green politician on Wednesday at the opening of the eighth pop culture festival in Berlin. "Anyone who boycotts ends every dialogue and ends every argument," said Roth to applause from the participants.

"We will not tolerate the authoritarian pressures that BDS activists have directed again and again against anyone who does not share their views." BDS stands for "Boycott, Divestment and Sanctions". The movement wants to isolate Israel economically, culturally and politically.

The Berlin pop culture festival has been confronted with calls for a boycott since 2019 because it receives financial support for its work from Israel, among others. This year, too, there was a call for a boycott, which was followed by isolated cancellations by artists. From Roth's point of view, the festival is a democratic festival for everything that makes up pop culture. "This festival is not a parade ground for guerrilla warriors."

Musicboard Berlin's three-day international festival aims to bring artists, the music industry, the public and the media together. One goal is the promotion of young people. In addition to numerous concerts, the approximately 120 program items include talks, readings, exhibitions and films.

‹ ›
Keywords:
NewsteamRothClaudia (BüG)AntisemitismusGrünePopkulturIsraelFestivalClaudia RothMusik
Your comment has been forwarded to the administrator for approval.×
Warning! Will constitute a criminal offense, illegal, threatening, offensive, insulting and swearing, derogatory, defamatory, vulgar, pornographic, indecent, personality rights, damaging or similar nature in the nature of all kinds of financial content, legal, criminal and administrative responsibility for the content of the sender member / members are belong.
Related News