"We want to show our faces"

Hamburger SV is in an awkward position. 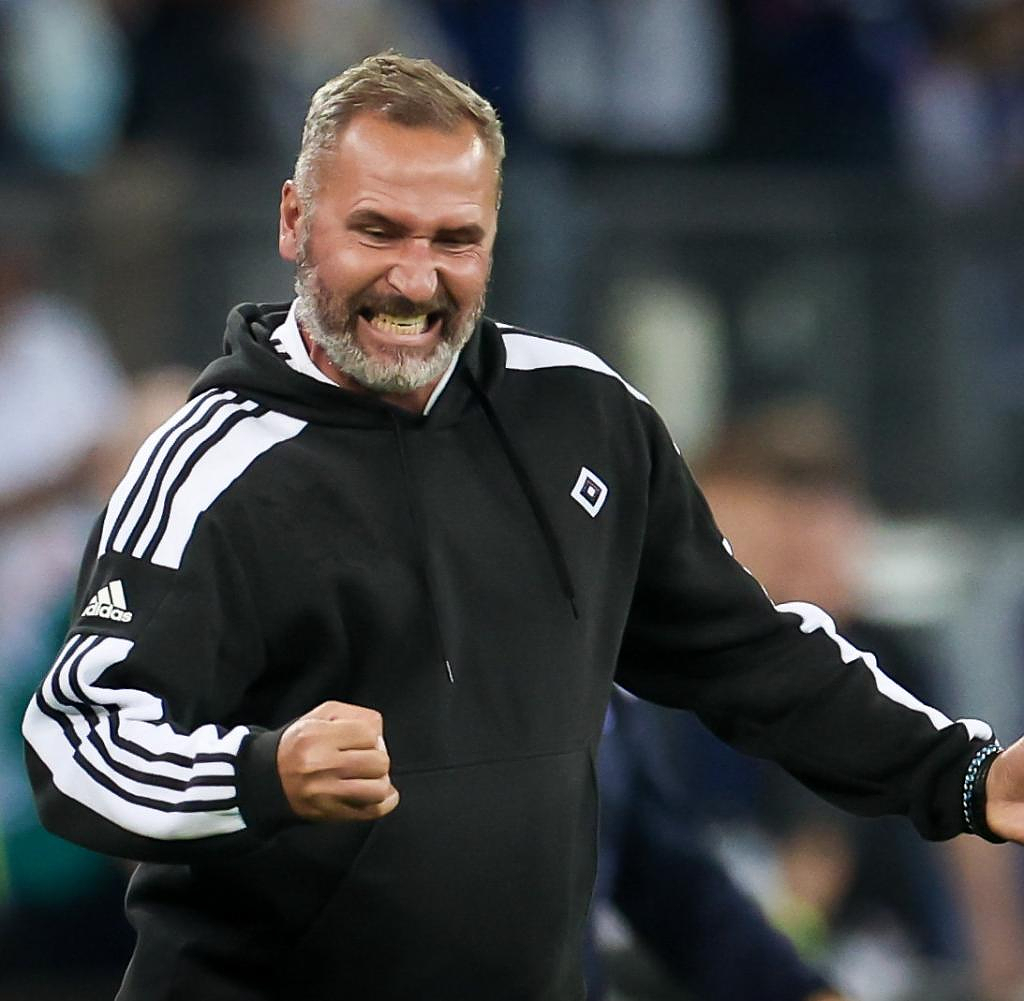 Hamburger SV is in an awkward position. The city derby against FC St. Pauli was lost more clearly than ever in the joint professional history with 0:3, from first place in the 2nd Bundesliga it went back to third place, and the cup appearance on Tuesday (6 p.m./ Sky) at Bundesliga club RB Leipzig is anything but a build-up game. Should the Hanseatic League remain without a win for the third time in a row, sovereignty and self-image in the promotion race could suffer.

"There are always ups and downs in football. We're continuing on our way, and we're not going to let two games and their external assessment affect us. We'll stay with us," said coach Tim Walter, as usual combative. "We won't let a defeat knock us down and that's why we don't paint everything black. Adversity is simply part of football.”

With the Leipzigers, the Hamburgers have only measured their strength once in the DFB Cup. In April 2019, the North Germans lost 3-1 in the Volksparkstadion. Only Bakery Jatta is ahead of the team from that time. Nothing has changed in the balance of power: the Bundesliga club, especially in the Red Bull Arena at home, is the clear favourite. Walter: “We are the absolute underdog. RB Leipzig plays in the Champions League and is the reigning cup winner. We know about the quality that this team has.”

The HSV coach will remain true to his offensive orientation. However, he is considering replacing captain Sebastian Schonlau, who was suspended in the league after his red card, with Jonas David in central defence. Walter is convinced of the youngster, who should gain match practice.

“Nevertheless, we will seek our chance and not deviate from our DNA. We want to show our faces. We want to show what HSV stands for: Courage, determination and unity. So we're looking forward to this game," said the outsider's coach.

‹ ›
Keywords:
Hamburger SVDFBPokalTexttospeechTim WalterVolksparkstadionFußballBundesligaRB LeipzigHSVFussballRöthenbachFußballPokalSpielPoulsen Hamburger SV
Your comment has been forwarded to the administrator for approval.×
Warning! Will constitute a criminal offense, illegal, threatening, offensive, insulting and swearing, derogatory, defamatory, vulgar, pornographic, indecent, personality rights, damaging or similar nature in the nature of all kinds of financial content, legal, criminal and administrative responsibility for the content of the sender member / members are belong.
Related News