“We want the away win at home in Hamburg” 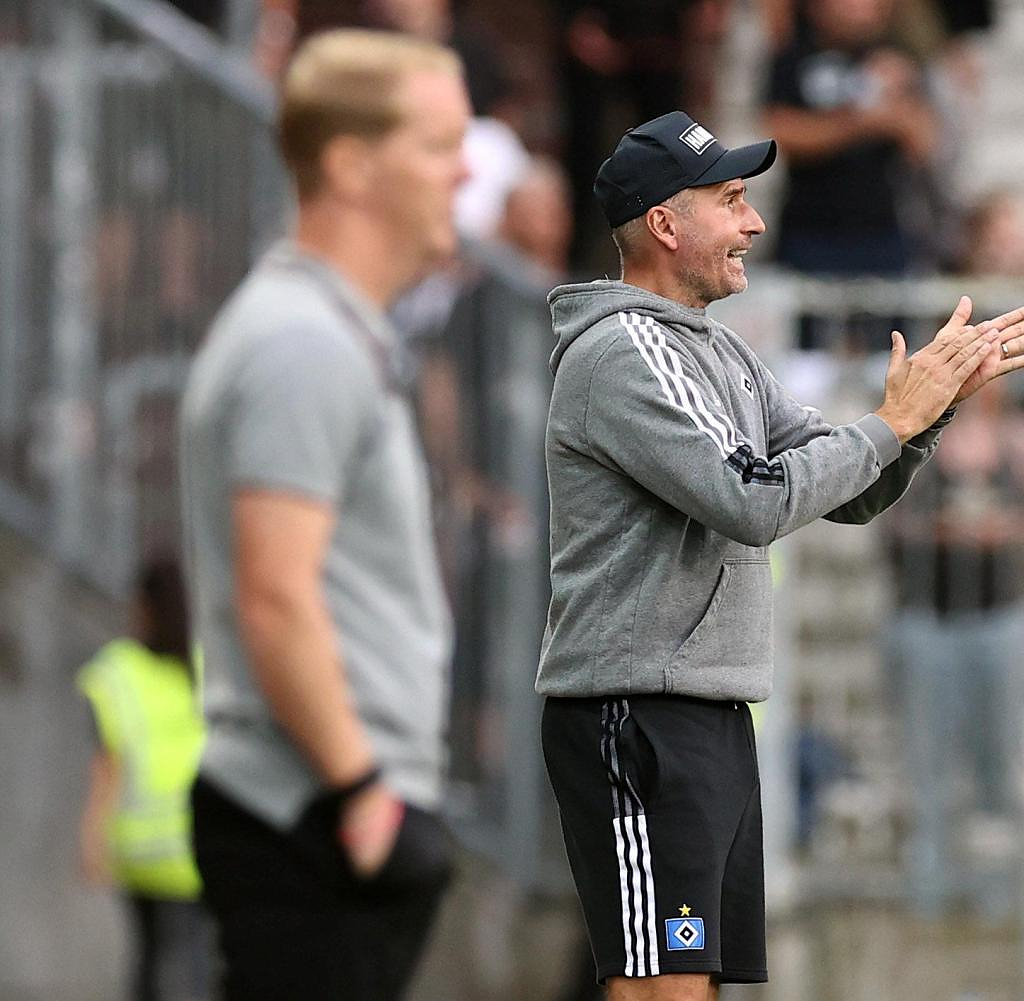 HSV coach Tim Walter goes into the derby at FC St. Pauli with a lot of confidence. “You know that city duels have their own rules. But we are first and full of confidence. And that's how we want to perform there," said the 46-year-old Hamburger SV coach before the prestige duel in the packed Millerntor Stadium on Friday (6:30 p.m. / Sky). After six games without defeat, there is only one goal for the ambitious football coach against the Kiezclub, which has now been without a win for seven games: defending the top of the table with the next three. "We want an away win at home in Hamburg," Walter announced full-bodied.

However, St. Pauli coach Timo Schultz expects his Kiezkicker to put up a good fight, as has almost always been the case in the four years they have been in the second division. “I sense a determination and anticipation for the derby in my team. When I see what a fire there was in training this week, I think the boys are like me - we can't wait for Friday," said the 45-year-old ex-professional.

Schultz also trusts that derbies have their own laws and that his team's recent negative run doesn't matter. "You can exclude a derby from any trends, from the table situation and the rest of the season. It'll just get down to business for 90 minutes." Rather, he relies on the power of his own followers among the almost 30,000 spectators in the sold-out arena.

“Of course, our fans will be a factor and play a big role. I know they will push us forward from the start and will bring us back into the game even when things get tough," said Schultz, who is happy his captains Leart Paqarada and Jackson Irvine are fit and will return as leaders. With Irvine, sports director Andreas Bornemann extended his contract ahead of time beyond 2024 on Thursday before the derby, without giving any information about the exact term.

The statistics from four second division seasons (4 wins, 2 draws, 2 defeats) speak for the Kiezclub - if it weren't for the current form curve. In addition, Schultz recognizes the strengths of the city rivals, who have won all of their last eight guest appearances across the seasons. "HSV has a good team that has found each other over the past few years," he praised the development at the Rothosen.

Nevertheless, the offensive HSV style of play offers the opponents "always opportunities". They want to "stress" the HSV players, he announced. "They always take a certain risk, leaving spaces open that you can use very well after winning the ball," he said. Tim Walter counters that his team can also “hurt the opponent”. That applies also and especially to the encounter with the unloved city rival.

“In such a duel it is clear that you do more and want more. We have to approach it with flaming hearts, but also with a cool head,” demanded Walter, who has almost unlimited resources to draw from. Only left-back Tim Leibold (torn thigh muscle) is missing from the extended team.

However, unlike the poor 1-1 draw at home against newly promoted 1. FC Kaiserslautern, his squad had to be fully there from the first to the last minute. "We always have to push ourselves to the limit, otherwise every opponent in this second division has a small chance against us," emphasized the HSV coach: "But if we use our potential, it will be very difficult for every opponent to beat us to defeat."

‹ ›
Keywords:
HamburgFC St. PauliHamburger SVZweite LigaFußballLauterbachJörnFC KaiserslauternTim WalterHSVFussballTimo Schultz
Your comment has been forwarded to the administrator for approval.×
Warning! Will constitute a criminal offense, illegal, threatening, offensive, insulting and swearing, derogatory, defamatory, vulgar, pornographic, indecent, personality rights, damaging or similar nature in the nature of all kinds of financial content, legal, criminal and administrative responsibility for the content of the sender member / members are belong.
Related News