“We take a critical view of growth”

"We take a critical view of growth and deal with it intensively," says Antje von Dewitz, looking seriously into her webcam. 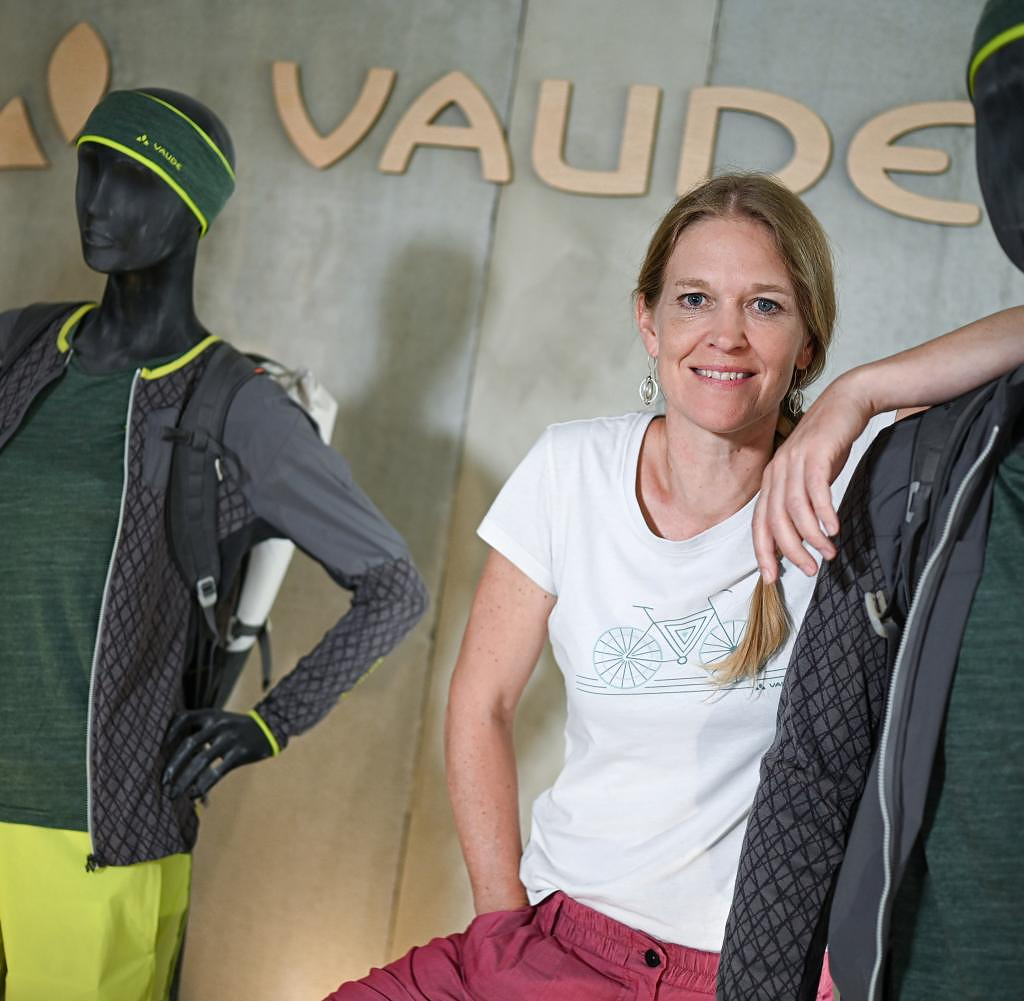 "We take a critical view of growth and deal with it intensively," says Antje von Dewitz, looking seriously into her webcam. A remarkable statement, especially since it does not come from a left-wing anti-capitalist. Antje von Dewitz runs the medium-sized family business Vaude.

An outdoor outfitter whose backpacks, anoraks and shoes are worn by thousands of customers in the mountains and in the forest and which is particularly committed to sustainability, social justice and environmental protection. A certain degree of activism is inherent in the managing director and her company.

Nevertheless, Vaude is now slipping into the role of "evil". Because the family business wants to grow, and on a large scale. From Germany, von Dewitz plans to conquer the outdoor market in the DACH region and Western Europe.

“But we don't grow for the sake of growing. It's a highly competitive industry. With greater size, we can also bring more sustainability into the world,” says the managing director.

The sustainable sports equipment from the Swabian Obereisenbach near Lake Constance should become an export hit and be able to keep up with the big competitors such as Mammut and Jack Wolfskin, but also North Face and Patagonia. All this should work with the Fridays-for-Future-Capitalism method, which combines profits and growth with sustainability and climate protection - an ambitious project.

Vaude, the name consists of the first letters of the name "Von Dewitz", i.e. V.D. together, are in a pretty comfortable position. The company achieved record sales of around 110 million euros in 2020. For 2021, the outdoor outfitter expects to earn another 13 to 14 percent more.

Significantly more than half of this sum has so far been achieved in Germany. Last year, the company generated 131 million euros - 65 percent of it in Germany, the remaining 35 percent abroad.

Antje von Dewitz wants to change that. She can celebrate her first small victory: Vaude is already growing abroad just as quickly as on the domestic market.

Much of the company's recent success is thanks to her. After taking over the company from her father and company founder Albrecht von Dewitz in 2009, she turned the company inside out.

“We have to admit to ourselves: As part of the textile industry, we are also part of the problem of the climate catastrophe. So it is our responsibility to solve this problem as well,” says von Dewitz. Home office, sustainability and climate protection have therefore been part of the Vaude identity for 13 years.

Von Dewitz tries to exemplify these values ​​for her employees. She cycles to work, anyway in her free time. To show how important her work-life balance is, she sometimes leaves the office earlier. She is currently doing a three-month trekking break through the Italian Alps - far away from Swabia.

It has introduced flexible working time models. Vaude also has its own kindergarten. Today, 60 percent of the workforce is female and 40 percent of managers.

Von Dewitz continues to drive the Green Revolution in her company. As of this year, all products are climate-neutral. Vaude compensates for those production steps where emissions cannot be avoided by investing in climate protection projects.

These efforts give the company a good reputation. But at the same time, the change towards sustainability challenges the company, especially on a business level.

Vaude now faces a dilemma. In order to grow, the company must above all acquire new dealers abroad or further develop products with which Vaude is already generating high sales. The company needs funds to do this. But it also needs this in order to continue to operate sustainably.

But where is all that money going to come from? If costs rise, Vaude would have to raise its prices. But customers tend to prefer cheaper products -- which could nip growth plans in the bud.

However, Antje von Dewitz is convinced that customers in the outdoor segment in particular are no longer so sensitive to prices. In her opinion, consumers are more willing to pay a few euros more for sustainable quality.

A study by the management consultancy Deloitte agrees, at least in theory. According to this, more than two-thirds of consumers say they are willing to spend more on sustainability.

According to the study, consumers in the 18 to 25-year-old group in particular attach great importance to environmentally friendly products. Here it was 79 percent who would pay more for green products. However, the study does not check whether the decision at the cash register of the clothing store is also made in this way.

After all, outdoor athletes feel a special connection to nature, according to von Dewitz's theory. But Vaude is walking a fine line here. "We can't afford to set the prices too high either," says Antje von Dewitz.

But the products can also be priced differently. For example, Vaude could do without a few percent margin on some trousers or jackets. Instead, set the prices a little higher for higher-quality products such as tents and thus recoup the lost euros and, at best, earn a little extra money. Von Dewitz is also flirting with this variant.

Vaude has been successfully using another strategy for several years: shifting costs. In order to be able to financially shoulder sustainable production, the budget for other areas of the company is shrinking. For example, the managing director has reduced the marketing budget by half a million euros in favor of the environment, which corresponds to around ten percent of the company's marketing budget.

The company does not need to invest a great deal in marketing either. The brand is well known in the scene. And the boss does the rest. Before she took over the management of the company, Antje von Dewitz had been in charge of public relations and marketing for more than four years.

The entrepreneur knows how to put herself in the limelight. And celebrates success after success. “Green Summiteer” is the title of a portrait about her. The business magazine "Forbes" elevated her to the "Queen of Green". At the same time, she is recognized almost every year for her commitment.

Dewitz studied Economic and Cultural Studies at the University of Passau. After graduating, she wanted to fight for environmental protection and got involved in NGOs. Until she did an internship in her father Albrecht's company – who of course studied business administration.

The financial challenges are not the only ones Vaude faces in its mission of growth. A company like Vaude also attracts people who have a certain ideology.

“There are certainly employees who are growth-critical. They worry about how healthy it is to grow while reducing your ecological footprint,” says Benjamin Epp, employee representative at Vaude.

“But there is no real fear,” says Epp. After the company management had brought the company and its employees through the Corona crisis so successfully and safely, you trust the executive floor.

Critics could become skeptical about Vaude, which prides itself on its sustainability efforts. What if the company sells itself greener than it is, i.e. engages in greenwashing? However, some environmental seals that the company has received speak against this suspicion.

Vaude bears the green button, the federal environmental seal of approval for textiles, which stands for demanding ecological and social standards for textile goods, as well as the certificates from bluedesign and Global Organic Textile Standards. The information portal Siegelklarheit, an initiative of the German federal government, classifies the latter two as "very good choices".

The seal and certifications of the company are the best there is on the market, says an expert from the consumer center. In the meantime, Vaude has also introduced its own certification; the Green Shape label.

A seal whose criteria should go beyond all others. Perhaps Vaude is addressing other minds critical of growth. And thus manages the balancing act between skepticism and growth.

‹ ›
Keywords:
Vaude SportNachhaltigkeitOutdoorSpielzeugInternethandelMittelstandTrekking
Your comment has been forwarded to the administrator for approval.×
Warning! Will constitute a criminal offense, illegal, threatening, offensive, insulting and swearing, derogatory, defamatory, vulgar, pornographic, indecent, personality rights, damaging or similar nature in the nature of all kinds of financial content, legal, criminal and administrative responsibility for the content of the sender member / members are belong.
Related News