The WDR manager Katrin Vernau is to lead the crisis-ridden ARD sister station Rundfunk Berlin-Brandenburg (RBB) as interim boss in the next few months. 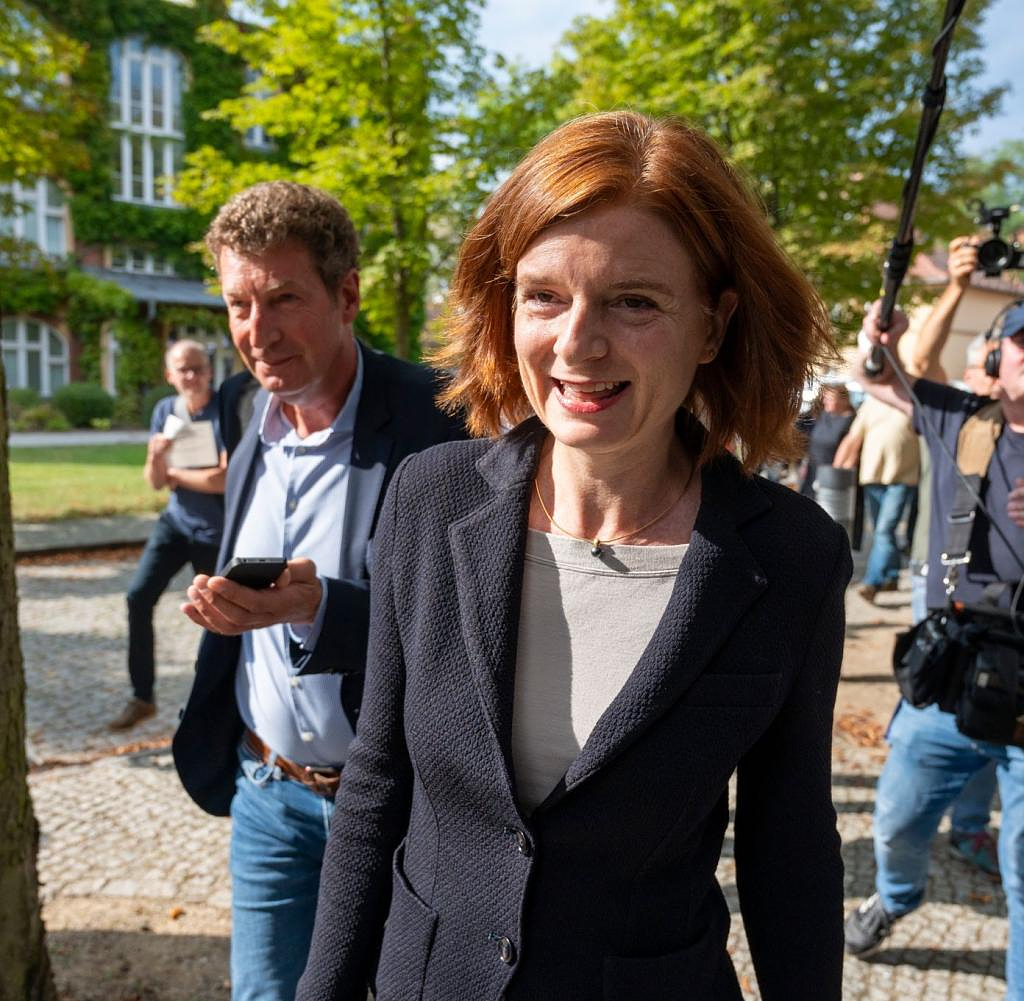 The WDR manager Katrin Vernau is to lead the crisis-ridden ARD sister station Rundfunk Berlin-Brandenburg (RBB) as interim boss in the next few months. The independent control body RBB Broadcasting Council elected the administrative director of West German Broadcasting (WDR) as interim director on Wednesday in Potsdam. This is reported by the RBB and the dpa news agency.

In the first attempt, Vernau initially missed the necessary two-thirds majority, and in the second ballot she was finally elected. A solution was thus found within ARD and the public broadcasting system. Difficult and arduous times are coming for Vernau.

Her boss and WDR director Tom Buhrow casually described it as a "fire brigade operation" days ago in the state parliament of Saxony-Anhalt, which awaited an interim boss at RBB. Allegations of felony and nepotism against the director Patricia Schlesinger, who was fired without notice, and the resigned chief controller Wolf-Dieter Wolf have severely damaged the public broadcaster - and with it the entire system. The General Prosecutor's Office in Berlin determined and searched the directorship. An external investigation into a law firm is also underway. Schlesinger and Wolf rejected allegations.

With Vernau, a connoisseur of the crooked and widely ramified public service broadcasting comes to the RBB. Before the election, there had also been voices calling for a different solution - someone who had had nothing to do with the system up until then, who was virtually "untainted".

Vernau is a solid bank for WDR as the largest ARD broadcaster. She controls one of the largest organizations in public service broadcasting. She is considered competent and hands-on when you ask around in the ARD environment. In May 2019, she was re-elected to her position as Administrative Director by a large majority. She has held the post since 2015. Her current term of office runs until the end of February 2025.

Vernau's management area at WDR is large: This includes the areas of human resources, finance, building management, IT development, internal organizational consulting, archives and canteen operations. Compared to WDR, RBB is one of the smaller ARD broadcasters.

Vernau, who holds a doctorate in economics and was born in Villingen-Schwenningen in Baden-Württemberg in 1973, has also gained experience in the private sector. She was a partner at the management consultancy Roland Berger Strategy Consultants and headed the Roland Berger School of Strategy and Economics. At times she was also Chancellor of the University of Hamburg and then the University of Ulm until 2015.

At the same time, the position of the WDR within the ARD is strengthened with the appointment of Vernau. Buhrow himself had already stepped in for the important post of ARD chairman, which Schlesinger had to give up in the middle of the RBB affair. Buhrow had been their representative and thus moved up. Until the end of the year, the ARD boss will represent the nine houses of the broadcasting community in dealings with society and politics – a key function. After that, the SWR will probably take over.

In an unprecedented action, Buhrow declared on behalf of the other ARD directors that they had lost confidence in the current RBB management. For example, the directors noticed that they first had to find out information about the RBB from the press, they lacked transparency. In this way they isolated the ARD broadcaster and are now switching without the RBB. In Berlin and Brandenburg, some were outraged and offended by this step.

The choice of Vernaus was not without controversy. The editorial board and the representatives of RBB freelancers, who have gained power and influence during the crisis, did not like the fact that there was no selection of several candidates for the interim position. The free agency also said: “The actions of the WDR director in dealing with the RBB leadership crisis were viewed with great skepticism by the RBB workforce. The mere impression that Ms. Vernau is being appointed as WDR governor would be a considerable burden.”

RBB board chairwoman Dorette König said on Wednesday in the media committee in the Berlin House of Representatives that she initially also had a candidate outside of ARD for the office. With a view to the tasks of the new interim boss, König added: It is important to reunite the house and create a basis for "putting the RBB back on the track".

‹ ›
Keywords:
NewsteamWDRRBBSchlesingerPatriciaBuhrowTomARDUni UlmKriseKrimiKatrin VernauPatricia SchlesingerPotsdamDorette König
Your comment has been forwarded to the administrator for approval.×
Warning! Will constitute a criminal offense, illegal, threatening, offensive, insulting and swearing, derogatory, defamatory, vulgar, pornographic, indecent, personality rights, damaging or similar nature in the nature of all kinds of financial content, legal, criminal and administrative responsibility for the content of the sender member / members are belong.
Related News