Waving raccoon? These are the funniest animal photos of the year

The pranksters of nature are not humans, but clearly animals. 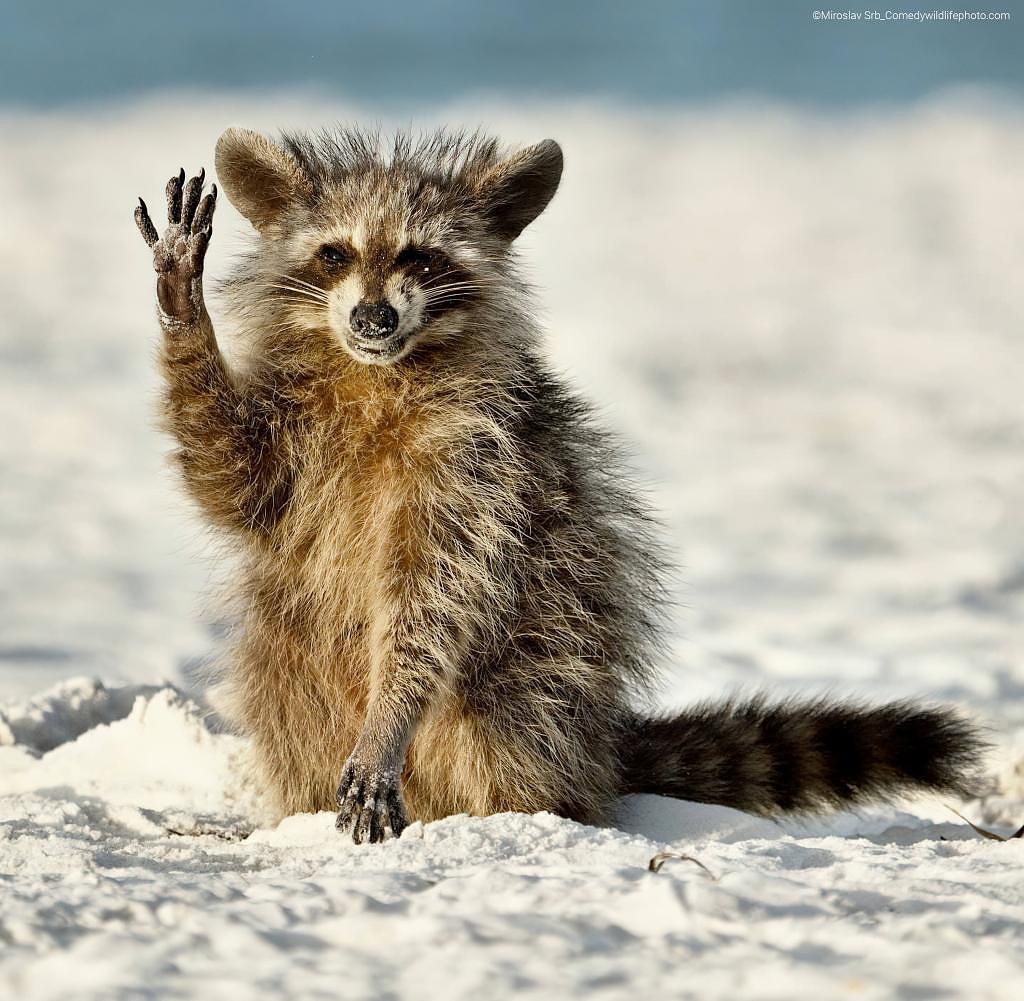 The pranksters of nature are not humans, but clearly animals. The finalists of this year's Comedy Wildlife Photography Awards make that clear. Also present: a clumsy young lion, an outraged penguin and a puzzled bear. Would you like admission to the animal comedy show? Then performance begins… now!

Seven years ago, UK photographers Tom Sullam and Paul Joynson-Hicks created the Comedy Wildlife Photography Awards. The competition has been held annually ever since, including in 2022. "In a world where so much is happening, we could all use a good dose of fun and laughter," Sullam said in a press release. "This year's finalists definitely nailed it!"

At the same time, the photo contest is for a good cause. Each year, Comedy Wildlife donates 10 percent of net sales to a charity. This year the money goes to the Whitley Fund for Nature (WFN) - a foundation that supports conservationists in developing and emerging countries.

Both professional and amateur photographers are invited to submit their photos to the competition. But who has to make the difficult decision of choosing the funniest picture from all the amusing entries? An expert jury consisting of ten actors, comedians, nature photographers and animal experts is dedicated to this task. You can find all other finalists here.

In the Affinity Photo People's Choice Award category, however, your opinion counts. Until November 27, anyone who wants to take part can vote for their personal favorite on the competition page. The winners in the various categories will then be announced on December 8th.

To bridge the waiting time until then, there is more fluffy content here:

‹ ›
Keywords:
AlaskaUSAFotografieReiseAustralienIndienTiereKmpktNiederlandeUngarnTansaniaKroatienBorneoTierfotografieWallabiesSaruskranichWhitley Fund For NatureWaschbär
Your comment has been forwarded to the administrator for approval.×
Warning! Will constitute a criminal offense, illegal, threatening, offensive, insulting and swearing, derogatory, defamatory, vulgar, pornographic, indecent, personality rights, damaging or similar nature in the nature of all kinds of financial content, legal, criminal and administrative responsibility for the content of the sender member / members are belong.
Related News