If you want to save energy, you have to freeze? In the worst case, the latter applies to water pipes - even in the building. 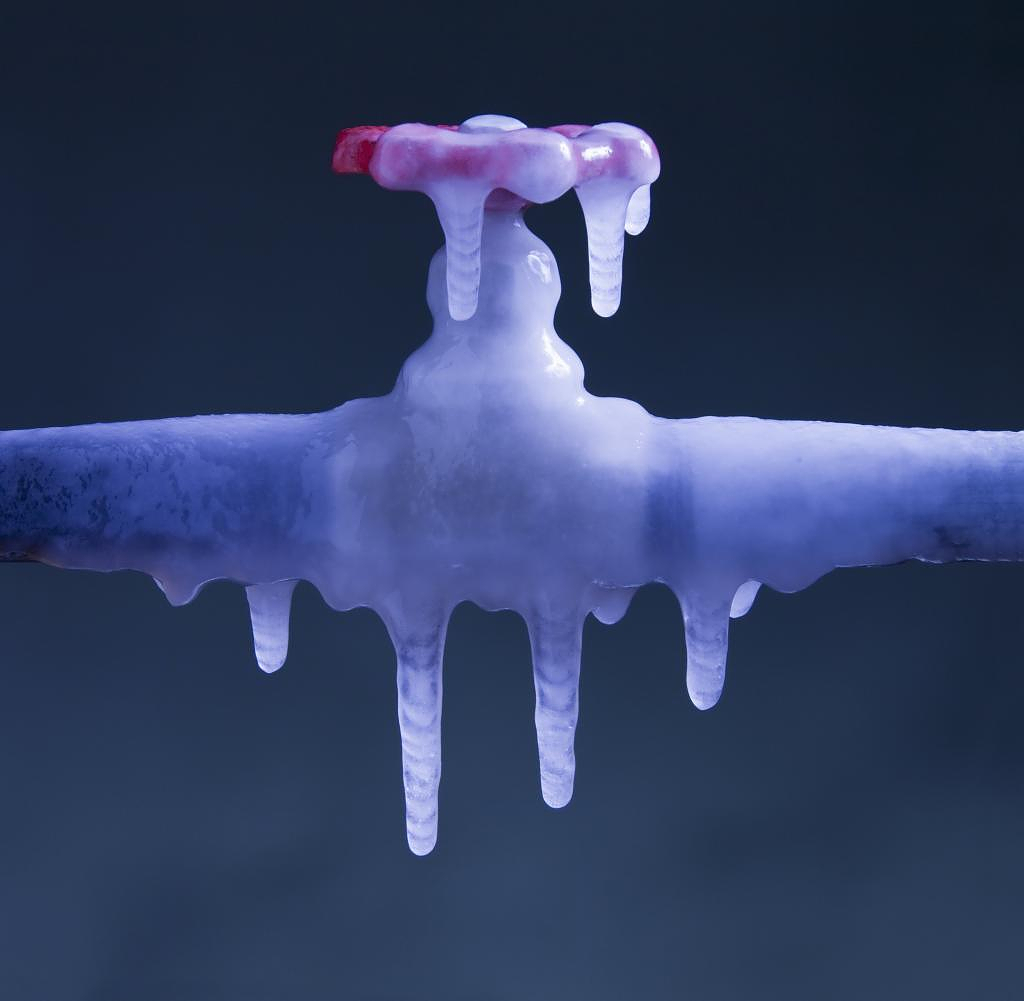 If you want to save energy, you have to freeze? In the worst case, the latter applies to water pipes - even in the building. Namely, when the temperatures are below zero, little-used rooms are not heated and the water in the pipes freezes. This can be expensive - especially if the line bursts as a result.

"Even in mild winters, numerous damages occur because there are always frost periods locally," says Hans-Hermann Drews from the Institute for Loss Prevention and Loss Research of Public Insurers (IFS) in Kiel.

Michael Pommer from the DIY Academy in Cologne lists pipes in the basement and attic as well as in extensions with several external walls, but also holiday homes or external connections that are used to water the garden. But also in little-used rooms - such as former children's rooms or in the ironing room, which are only heated in winter when needed.

There is also an increased risk in properties that are not used continuously, for example when there is a change of ownership in winter or during renovation, according to damage researcher Drews.

But the risk can also increase in inhabited buildings, for example after conversions, says the scientist: "Then previously protected installations can suddenly be in areas at risk of frost. This can be due, for example, to a new heating system that produces less heat and no longer radiates it to the environment.”

Nevertheless, people are almost always the cause of frost damage such as burst pipes, says Michael Pommer. “As a rule, outside water pipes are laid frost-proof at a depth of at least 80 centimeters in the ground. Accordingly, the water always reaches the building flowing, even at low temperatures.” The crucial mistakes are therefore made inside the building by not heating the rooms enough.

And there, frozen pipes sometimes only reveal themselves at second glance - for example, when the heaters are no longer getting warm or the water pipe is only trickling at best.

And then? "Remain level-headed and still act quickly," says home improvement trainer Michael Pommer. As a first measure, the main water supply should be closed and all taps opened, advises Hans-Hermann Drews.

"When water freezes, it increases in volume and, in the worst case, can burst the pipes as a result of this expansion." If you open the tap, this takes some of the pressure out of the pipe and then allows the melted water to drain away.

When defrosting the pipes, open flames such as candles or gas burners are taboo. "They can further increase the pressure, and these flames can also cause fires," says damage researcher Drews.

It is more promising to warm up frozen exposed water pipes with a hair dryer or heating pad - but from a certain distance. Because here, too, the pipe must not get too hot too quickly, otherwise there is a risk of further damage.

Alternatively, rags or towels soaked in hot water can be placed on the pipes to soak for a few minutes. You start with defrosting in the area of ​​the water tap and gradually work your way back to the supply line.

At the same time, one should try to heat the entire affected room, for example, with electric heaters. This is also one of the few options if you suspect the frozen spot is behind paneling or in brickwork. When the water starts flowing again, the backlog will be gone.

But sometimes the pipe breaks, damp spots form on the wall or water even leaks out. As an immediate measure, you should switch off the fuses and turn off the water supply. Then notify the caretaker, the neighbors who were also affected by the damage, a plumbing company and the insurance company.

Burst pipes are daily business for insurance companies. "Around 1.1 million pipe water damages are reported to building and household contents insurers every year," reports Kathrin Jarosch from the General Association of the German Insurance Industry (GDV). So, on average, there is a leak every 30 seconds – for a wide variety of reasons.

Damage to the building caused by water-carrying pipes is covered by residential building insurance. According to the GDV, these totaled 3.3 billion euros in 2020.

Household contents insurance covers damage caused by leaking water to carpets, furniture or clothing. These added up to 280 million euros in 2020.

But: In the case of gross negligence, the insured person can be held responsible for part of his damage. This applies, for example, if the affected rooms were not sufficiently heated.

"That's why the temperature in winter should never drop below 16 degrees, even in unused rooms," advises Michael Pommer from the DIY Academy. This "prevents not only frost damage, but also mold growth."

Where heating is uneconomical, for example in a weekend house, the lines in areas at risk of frost should be drained and the supply line sealed.

For interiors, there are "frost monitors" - fan heaters with a built-in thermostat that turn on automatically when the room temperature falls below a preset value.

But that doesn't protect against frozen lines, says damage researcher Hans-Hermann Drews. “These devices monitor the room temperature, but do not measure the temperature in pipes that are in walls and ceilings. That way they don't know if there is a risk of frost there.” Homeowners should therefore find out whether there are water-carrying pipes in areas of their house that are at risk of frost.

The Institute for Loss Prevention and Loss Research of Public Insurers has compiled an online checklist where such areas can be and what can be done.

‹ ›
Keywords:
HeizungWasserEnergieSchimmelpilzeHausratversicherung
Your comment has been forwarded to the administrator for approval.×
Warning! Will constitute a criminal offense, illegal, threatening, offensive, insulting and swearing, derogatory, defamatory, vulgar, pornographic, indecent, personality rights, damaging or similar nature in the nature of all kinds of financial content, legal, criminal and administrative responsibility for the content of the sender member / members are belong.
Related News