"This is the most significant overhaul of American policy towards Taiwan" since 1979, when Washington recognized Beijing while agreeing to maintain the island's self-defense capacity, assure senators Bob Menendez and Lindsey Graham, head of this initiative. 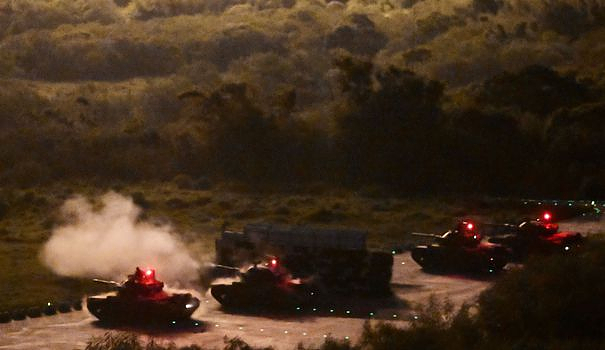 "This is the most significant overhaul of American policy towards Taiwan" since 1979, when Washington recognized Beijing while agreeing to maintain the island's self-defense capacity, assure senators Bob Menendez and Lindsey Graham, head of this initiative.

Their bill, passed by the Senate Foreign Affairs Committee, calls for nearly $4.5 billion in direct military aid to Taiwan over the next four years. It also demands that the US president impose sanctions on major Chinese financial institutions in response to any "escalation in hostile acts toward Taiwan".

The "Taiwan Policy Act of 2022", as it is called, also plans to grant the island the status of "major non-NATO ally".

This vote in committee is only the first step in a long legislative process: the text must now be adopted in plenary session in the Senate, then in the House, before being promulgated by Joe Biden.

But it still marks a significant rapprochement between the United States and Taiwan, at a time when relations between Beijing and Washington are at their lowest in decades.

The White House is therefore navigating this file with great caution.

"We will continue to communicate directly with Congress on this text," White House spokeswoman Karine Jean-Pierre said evasively on Wednesday.

Before assuring that the Biden administration “would continue to deepen its partnership with Taiwan with strong diplomatic, economic and military support”.

- Sale of weapons and visit of Pelosi -

The vote in Congress comes just days after Washington sold $1.1 billion in arms to Taiwan, and just over a month after a visit to Taiwan by House Speaker Nancy Pelosi, which had angered Beijing.

China then launched the most important military maneuvers in its history around the island.

Before the visit to Taiwan by Ms. Pelosi, number three in the United States and the most senior American official to visit the island in decades, Joe Biden's entourage had already quietly argued to China that she did not represent not administration policy, Congress being a separate branch of government.

China considers Taiwan, with a population of around 23 million, to be one of its provinces, which it has yet to successfully reunify with the rest of its territory since the end of the Chinese Civil War ( 1949). In seven decades, the communist army has never been able to conquer the island, which has remained under the control of the Republic of China - the regime that once ruled mainland China and now rules only Taiwan.