Was the crew of L-8 abducted by aliens?

All major functions of the US Navy airship L-8 were intact. 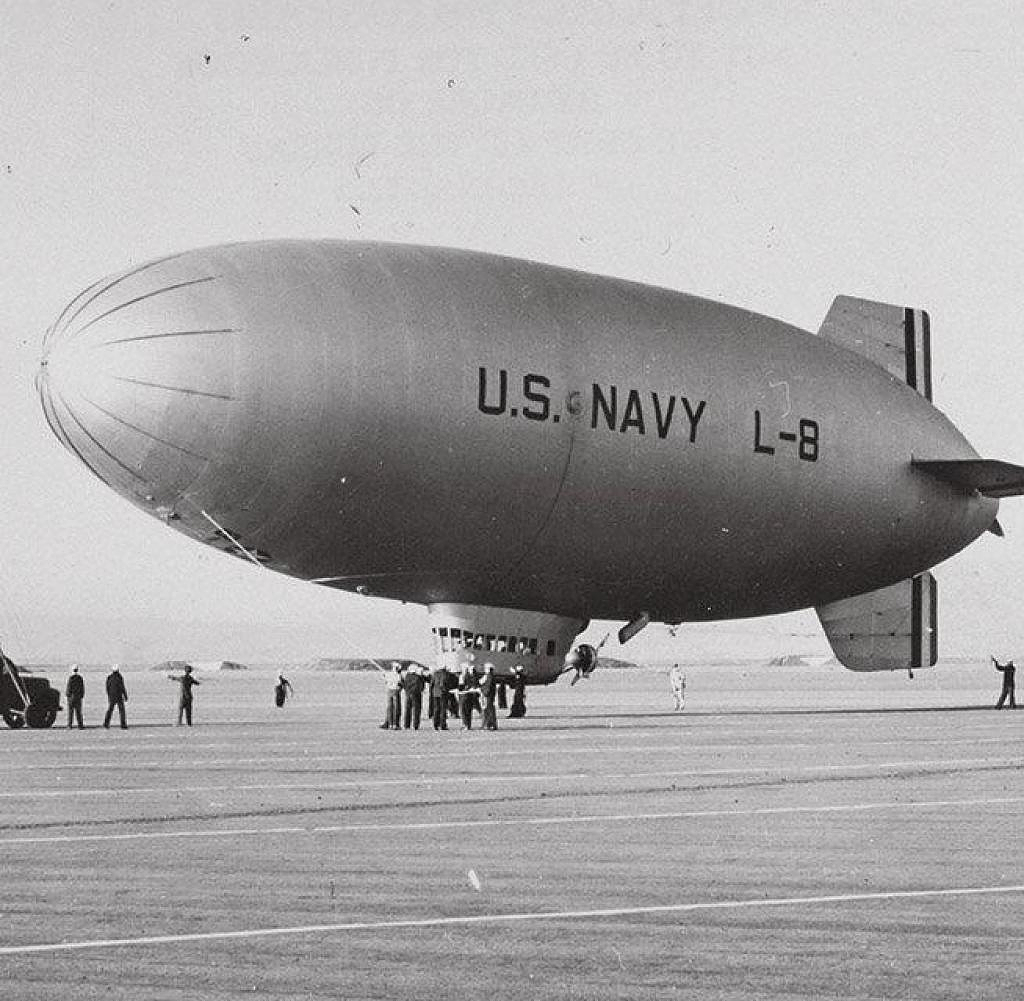 All major functions of the US Navy airship L-8 were intact. Tanks were full, radio was working, engine switch was on, life raft, Browning machine gun and codes were in place. Only the door to the gondola was open and there was no sign of the crew. L-8 was a ghost ship.

August 16, 1942 presented the US Navy with a mystery that has not been solved to this day. L-8 had departed from its base on Treasure Island near San Francisco just after 6 a.m. on a patrol flight to look for Japanese submarines over the west coast. It landed on a street in Daly City, south of San Francisco, around 11:30 a.m. According to witness statements, the landing is said to have been almost perfect. There was no trace of the commander, Lieutenant Ernest DeWitt Cody, and his co-pilot, Lieutenant Charles Adams.

L-8 was a so-called bouncing airship, that is, it lacked the rigid inner structure of the zeppelins and functioned like a balloon. Conceived by Goodyear before the outbreak of war for advertising sightseeing flights, it was adopted by the Navy after the Japanese attack on Pearl Harbor in December 1941 together with identically constructed airships - they were called blimps. Since the payload and range were low, the vehicles, which could fly at just 100 kilometers per hour, were used for coastal reconnaissance.

The Blimps' ability to maintain their position reasonably stable over a point earned L-8 a cameo appearance in one of the US Navy's first major forays. While the Japanese armed forces were overrunning large parts of East and Southeast Asia in lightning campaigns, the USA wanted to launch a first counterattack with a spectacular commando operation: 16 twin-engine North American B-25 Army bombers were to be brought this close to the main Japanese islands from an aircraft carrier to bomb Tokyo and then land in China.

In early April 1942, the new aircraft carrier USS Hornet set course for Japan. Since the Army bombers were not equipped with folding wings, they blocked the flight decks. Weapons and other equipment were removed during the journey to increase the range of the machines. In return, navigation domes and other spare parts had to be provided for the "Hornet", a task assigned to the L-8. Floating above the deck, the handover took place without any problems. The air raid, led by Lieutenant Colonel James H. Doolittle, was successful and all 16 bombers reached the Chinese coast.

Then L-8 found himself transferred to the rather monotonous patrol duty. The flight, which was scheduled for August 16, 1942, promised a change of pace. Because the morning dew weighed down the airship unduly, J. Riley Hill, who was to accompany the pilots as a mechanic, was released.

After an hour and a half, an alarming message reached Moffett Field Main Base. L-8 spotted an oil film on the sea about 45 kilometers west of San Francisco. This was considered possible evidence of the presence of Japanese submarines, which, however, were sighted off the US coast with regularity in the post-Pearl Harbor hysteria. The crew of L-8 reported that they would take a closer look at the matter and ended the radio message with "stand by".

When an attempt to reach the airship from the main base, Moffett Field, failed, two reconnaissance planes were dispatched. However, the seaplanes missed their target because of the low cloud cover. Shortly before 9 a.m., the crews of several ships claimed to have observed smoke being thrown into the sea from a low-flying airship. The vehicle then gained height and finally disappeared into the clouds. The eyewitnesses were certain that the crew was still in control of the aircraft at this point.

At approximately 10:30 a.m., a Navy seaplane sighted L-8s at an altitude of about 2,000 feet. That was twice the normal flight altitude. This time, too, the airship disappeared into the clouds, not purposefully, but drifting. A good half hour later, L-8 landed on Daly City's Bellevue Avenue, engines on and no crew. The collapsed hull was explained by the extraordinary flight altitude. There was no evidence of contact with water.

The immediately initiated search operation was without result. Investigations showed that the two experienced pilots would have reached the mainland even if the engines had failed by letting the airship drift like a balloon. While L-8 was being repaired and equipped for further everyday use in the war, its career as a ghost ship began.

The Japanese were suspected of a diabolical action. Of course, spy activities also came into play, and of course aliens also came into focus. Parallels were also drawn to the catastrophe of the German zeppelin LZ 129 “Hindenburg”, which exploded on May 6, 1937 while landing in Lakehurst, New Jersey.

The comparison with the "Italia" of the Italian airship pioneer Umberto Nobile seemed even more appropriate. It flew over the North Pole in May 1928, but then crashed near Spitsbergen. Ten of the 16 people on board were thrown onto the ice. One of the men died, the others survived - including Nobile. The zeppelin rose again very quickly, with the remaining six men on board - and disappeared without a trace.

So L-8 joins the series of mysterious events in the US Navy during the Second World War. The most famous is the "Philadelphia Experiment", in which it is said that an entire destroyer was able to "jump" electromagnetically over 500 kilometers. All wonderful material for conspiracy theorists.

This article was first published in 2018.

‹ ›
Keywords:
FacebookJapanZweiter WeltkriegRpblGamesRrpblSan FranciscoNordpolVerschwörungstheorienSeekriegLuftschiffeKrieg Im PazifikTreasure IslandNavyPearl HarborDaly CityMorgentauMoffett Field
Your comment has been forwarded to the administrator for approval.×
Warning! Will constitute a criminal offense, illegal, threatening, offensive, insulting and swearing, derogatory, defamatory, vulgar, pornographic, indecent, personality rights, damaging or similar nature in the nature of all kinds of financial content, legal, criminal and administrative responsibility for the content of the sender member / members are belong.
Related News