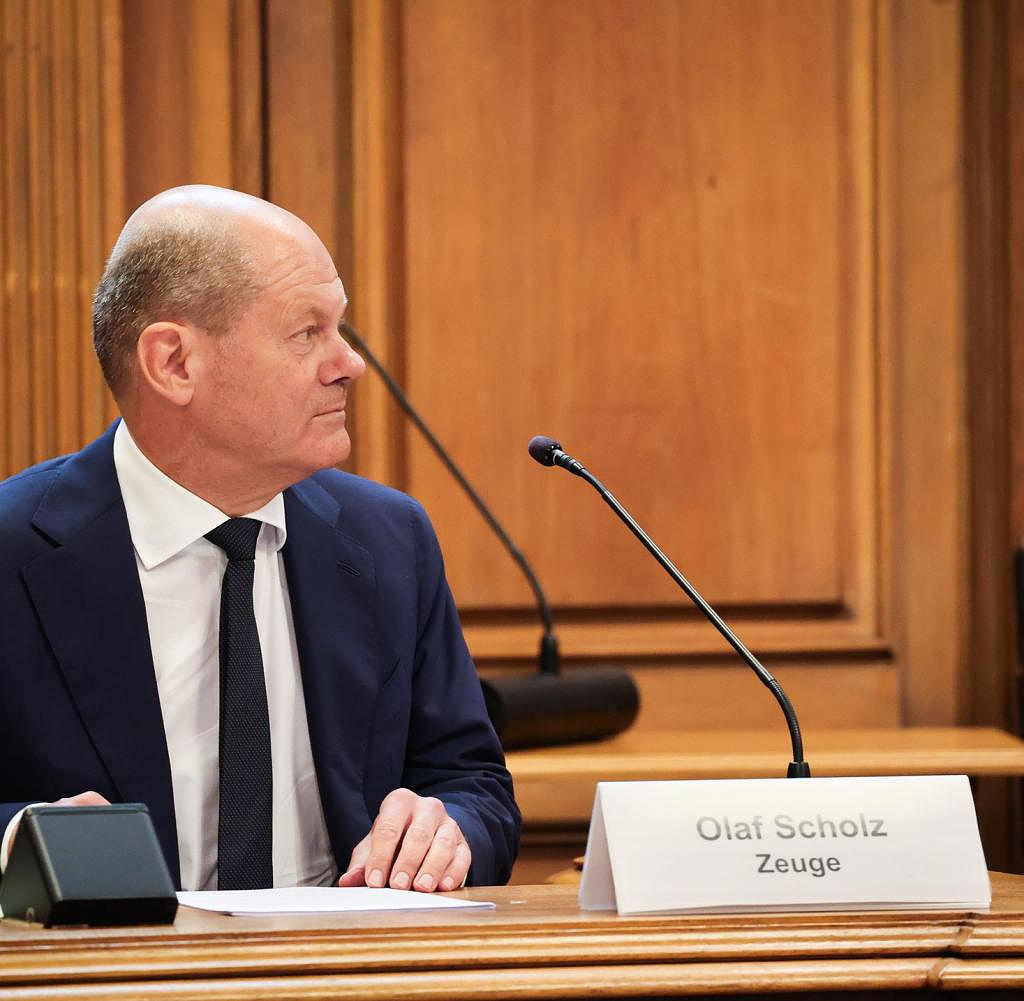 In the tax scandal surrounding the Hamburg Warburg Bank, the two owners, Max Warburg and Christian Olearius, are apparently putting pressure on Chancellor Olaf Scholz (SPD). According to a report by “Spiegel”, there seems to be some movement regarding the publication of minutes of the Bundestag Finance Committee that are classified as confidential. In September 2020, Scholz testified there, among other things, about the cum-ex transactions of the Hamburg Warburg Bank.

The Federal Ministry of Finance has so far spoken out against publication with reference to tax secrecy. According to "Spiegel", there is "no reason to assume" that those responsible at Warburg Bank want to disclose their tax secrecy.

But now the news magazine quotes the spokesman for the owners and the bank as saying that they would "of course not assert their right to tax secrecy on this issue." unredacted version of the minutes”. So far, Olaf Scholz had always claimed that he could not remember the content of conversations in 2016 and 2017 with the bank or Olearius.

Chancellery Minister Wolfgang Schmidt considers the allegations of leading SPD politicians influencing the decisions of the tax authorities in the “Cum-Ex” affair to be clear. Thousands of pages of files had been viewed and many witnesses questioned, Schmidt said on Friday in front of the Hamburg Parliamentary Committee of Inquiry. Now there is more clarity and he dares to say that the financial administration made its own decision regarding the Hamburg Warburg Bank, said the SPD politician.

"One can now complain that no other decision has been made," said Schmidt. Nevertheless, he would be happy "if we could now go further and pursue those who need to be pursued".

The investigative committee wants to clarify the accusation that leading SPD politicians may be influencing the tax treatment of the Warburg Bank involved in the scandal. Specifically, it is about meetings between the then mayor Scholz and the bank shareholders Olearius and Warburg in 2016 and 2017. Olearius was already being investigated for tax fraud in connection with “cum-ex” transactions.

Scholz admitted the meetings during his two interrogations before the committee, but stated that he could not remember the content of the conversation. Most recently, in mid-August, he once again ruled out any influence on the tax process.

In his testimony before the committee, Schmidt criticized the media coverage of the "Cum-Ex" affair about the Hamburg Warburg Bank. The impression was given that Chancellor Olaf Scholz (SPD) had influenced the tax treatment of the Warburg Bank during his time as Hamburg mayor, said Schmidt. The reports referred to diary entries by bank co-owner Christian Olearius about meetings with Scholz in 2016. "The fact that Olearius wrote something about Scholz's reserved behavior was suppressed."

During this time, he himself was a member of the Senate as State Councilor for Foreign Affairs, said Schmidt. However, he was not involved with tax matters and therefore had "no perception" of the Warburg cause and "no knowledge of discussions that the mayor held".

It was only through the reporting on the mayor's meetings with Olearius that he dealt with the subject and read "many assessments and conjectures" in the media, "but few facts". Schmidt pointed out that no witness before the committee had confirmed that Scholz or any other SPD politician had influenced the Warburg tax case. Schmidt is considered Scholz's closest confidante, he has been by his side for around 20 years. Scholz also ruled out influencing two interrogations before the committee. However, he could no longer remember the content of the discussions with the bank owners.