The consequences would be "catastrophic" if Russian President Vladimir Putin carried out his threat to use nuclear weapons in the war in Ukraine, a senior adviser to President Joe Biden warned on Sunday (September 25th). 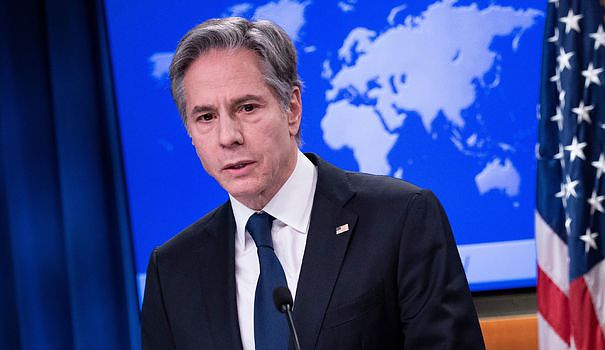 The consequences would be "catastrophic" if Russian President Vladimir Putin carried out his threat to use nuclear weapons in the war in Ukraine, a senior adviser to President Joe Biden warned on Sunday (September 25th).

On the ground, annexation referendums by Russia, described as a "sham" by Kyiv and the West, continue in four regions of Ukraine controlled in whole or in part by Moscow, while the Ukrainian President, Volodymyr Zelensky, has sworn to liberate the whole country.

The United States has asked Russia through private channels to end its rhetoric agitating the nuclear threat in the war in Ukraine, a weapon whose use would have, warns Washington, "catastrophic" consequences. "We have been very clear with the Russians, publicly and privately, to stop talking about nuclear weapons," US Foreign Minister Antony Blinken said in an interview with CBS News broadcast Sunday. .

"It is very important that Moscow hears us and knows that the consequences would be horrible. And we have been very clear about this", underlined the secretary of state. "Any use of nuclear weapons would have catastrophic effects for the country that uses them, of course, but also for many others."

Protests against Vladimir Putin's partial military mobilization order appear to have continued in the Russian republic of Dagestan since Sunday, with videos showing clashes between police and the public. Video footage posted on social media shows police arresting demonstrators protesting against orders to conscript 300,000 more Russians into the army for the war effort in Ukraine.

Volodymyr Zelensky has vowed to liberate the whole country as Russia continues its "referendum" in occupied areas of Ukraine and so-called election workers accompanied by masked gunmen knock on doors to get people to vote. Ukraine's president said the country's armed forces would reject Russian forces and retaliate against "every strike from the aggressor". He vowed that Ukraine would regain control of the southern Kherson region and eastern Donbass, saying: "All murderers and torturers will be brought to justice."

"The first two will arrive in Israel today and will be taken care of at Tel Hashomer hospital" near Tel Aviv, said the diplomat, who has been stationed in kyiv since July 2021. "Treatment includes prostheses and rehabilitation," he added. A medical source confirmed to AFP that two soldiers were on their way to Israel, and a spokeswoman for the Ukrainian embassy in Tel Aviv said the first patients were expected to arrive "soon".

As soon as he heard Russian President Vladimir Putin announce a "partial mobilization" for war in Ukraine, Alex, a former Russian officer, jumped into his car and drove to Finland with a single suitcase. "I don't want to kill my Slavic people, my brothers, my sisters," the 40-year-old told AFP from a modest hotel room in the Nordic country, where he arrived on Thursday.

"I have a physical disgust to be in the presence of our Russian citizens who support the war", explains the one who is today a computer engineer. Born in Crimea, a peninsula in southern Ukraine annexed by Russia in 2014, Alex testifies without his full identity being revealed, for fear of the consequences for his wife and daughter whom he had to leave behind in Russia.

Japan intends to ban exports of chemical weapons-related products to Russia and is "deeply concerned" about the possible use of nuclear weapons, Chief Cabinet Secretary Hirokazu Matsuno said Monday. Reuters reported that Japan had also added 21 Russian organizations, such as scientific laboratories, to the list of entities subject to export bans.

"Japan is deeply concerned about the possibility of nuclear weapons being used during Russia's invasion of Ukraine," Matsuno told media, adding that Japan would continue to work with the international society to support the Ukraine and sanctioning Russia