War in Ukraine: "Wagner line" and "dragon's teeth", the project which aims to slow down kyiv

He is a Russian oligarch, reputed to be close to Vladimir Putin. 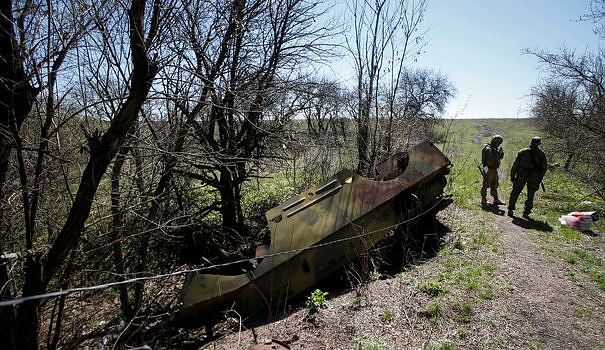 He is a Russian oligarch, reputed to be close to Vladimir Putin. He displays growing personal political ambitions. Yevgeny Prigojine, the boss of the Wagner forces, a paramilitary group he founded in 2014, is increasingly asserting himself as a warlord in the face of the carelessness of Russian generals. In Bakhmout, a small town in eastern Ukraine, on which Russia strangely continues to push, even as it retreats elsewhere, it is Evguéni Prigojine who is in charge. Since the beginning of October, he has been accused by Ukraine of dumping there a flood of thousands of fighters recruited directly from Russian prisons, against the promise of a salary and an amnesty.

On October 19, the Russian oligarch close to the Kremlin announced that he had embarked on the construction of a "Wagner line", a "Maginot line" bristling with anti-tank "dragon teeth", as during the First World War. As Le Parisien relates, behind this first defensive curtain, the Russians have dug a deep ditch, according to a report by the Russian agency Ria Fan, shared by pro-Russian Internet users on Twitter.

The line would be completed by a second trench which would serve as a "firing position for infantry and vehicles", revealed data analyst Benjamin Pittet on Twitter on October 12, who published satellite images of the construction. The fortified line of defense is meant to keep Ukrainian troops away from occupied territories in the Lugansk region of eastern Ukraine, annexed by Moscow in September.

As franceinfo specifies, the Zvezda television channel, close to the Russian Ministry of Defense, also relayed the information on this "Wagner line", declaring that it is capable of containing the onslaught of the enemy.

On the social networks of his company Concord, Evguéni Prigojine contented himself with announcing on October 19 "a complex of fortifications under construction on the line of contact, commonly called the 'Wagner line'". The businessman close to the Kremlin confirmed that it "is a multi-level defense". But he had not given details on the length of this line, nor on its exact location or the time that the work could take. A vagueness feeding the idea that this "Wagner line" would be above all part of a communication plan.

As Le Parisien mentions, a plan of the final project has also filtered and is circulating on pro-Russian Telegram loops. According to a map shared by the Russian agency RIA Fan, the fortification should extend on a south-north axis starting from the city of Svitlodarsk, following the front line to the Donets river, then forming an acute angle as it leaves. towards the east, following the course of the river to the border. In total, the line would therefore cover more than a hundred kilometres. If she actually sees the light of day.

Its realization is indeed still embryonic, observes franceinfo. Only two short kilometers have been built to date, according to the Ukrainian governor of the Luhansk region, Serguiy Gaïdaï. CNN delivered a similar estimate (1.6 kilometers) on October 21 after reviewing data from the European Space Agency. ABC, another American channel, for its part estimated the line already built to date at just over 12 kilometers.

Yevgeny Prigojine felt that this line of defense should not be "necessary" against the Ukrainian army, "the mere presence of Wagner units on the front line is already an impregnable wall", according to him. "The Russian troops are on the defense and he is on the offensive, it is his main interest: to transform this battle into political influence, therefore into money", explains to AFP the Ukrainian analyst Mykola Bieliekov. .

Asked by franceinfo, Olivier Kempf, director of the strategic synthesis firm La Vigie, puts forward two hypotheses on the potential construction of this line by the Wagner group. The first: "The Russians expect to give in and are already preparing a next stop line, which would then be an admission of weakness", analyzes the researcher associated with the Foundation for Strategic Research (FRS). The second: "The Russians have learned from their mistakes after the loss of Izioum and Lyman and they are able to mobilize resources for this line, out of prudence. Paradoxically, it would then be a sign of strength."

The paramilitary group Wagner, which emerged in 2014 in Ukraine, has been suspected for years by Westerners of carrying out the base works of the Kremlin in various theaters of operations, from Syria to the Central African Republic. Moscow has always denied. Yevgeny Prigojine was once one of the Kremlin's kitchen suppliers, which earned him the nickname "Putin's cook".

The private company is partly made up of hardened mercenaries in external theaters, but also of professional Russian soldiers who have passed over to Wagner's side because they are better equipped and better paid than in the army, as well as recruits without experience, and released from prison.

Yevgeny Prigojine only admitted being the founder on September 26, putting an end to years of rumors. A few days before, a video had emerged showing him - in all likelihood - recruiting inmates from a Russian prison establishment, to send them to Ukraine. For Moscow, these recruitment operations are an admission of failure, at a time when its army is in difficulty on several Ukrainian fronts and when the announced mobilization of 300,000 Russians has shaken the national confidence pact.